Walmart (NYSE:WMT) was either bored or feeling left out. The retailer, which has been fighting to compete with Amazon in online sales, has officially started selling meal kits. This comes after Amazon (NASDAQ:AMZN) bought Whole Foods in June and began selling meal kits shortly after.

The move also comes after the embarrassing IPO of Blue Apron (NYSE:APRN) in July, in which shares briefly hit $11 before steadily declining to $4.27 as of Tuesday morning.

The meal-kit delivery business seems fun on the surface. But in reality, it's a low-margin, highly competitive market, and Walmart is late to the game. 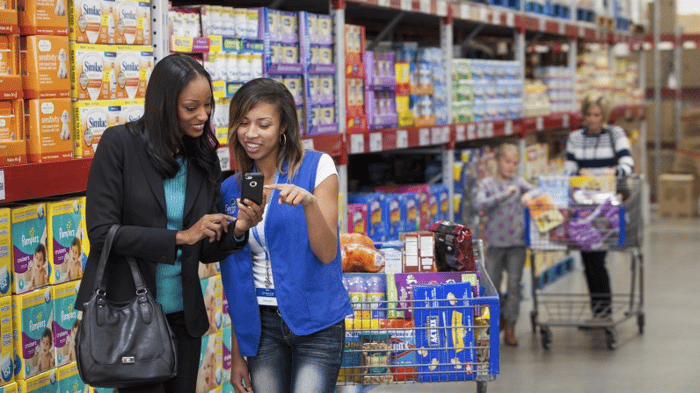 Walmart is riding the initial hype

Walmart just starting selling meal kits in early December, but it's already sold out of at least three of its limited options, such as the carb conscious $59.70 "Feel Good Meal Kit" from Home Chef that offers chicken, pork chop, and salmon.

The company is selling kits from two third-party vendors, including Chicago-based Home Chef, founded in 2013, and Sunnyvale, Calif.-based Takeout Kit, founded just last year. As of Wednesday, there were 16 options available from the two companies combined.

This seems to be a low-risk way for Walmart to feel out how interested its customers are in meal kits. If the interest is there, expect to see a much wider range of options in 2018 as it looks to take market share from its competitors.

Walmart's more aggressive online approach seems to be paying off. Last month, it beat Wall Street forecasts on both the top and bottom lines and raised its holiday shopping forecast. In response, its stock shot up about 11% to a new all-time high of $100.13.

Walmart's stock dropped about 6% in mid-June on the news that Amazon had scooped up Whole Foods. That's because investors have seen what Amazon can do when it decides to disrupt an industry. This year, Amazon's e-commerce sales are expected to increase 32%, to $196.8 billion dollars, up from $149 billion in 2016.

To put that in perspective, Amazon is expected to hold 43.5% of total e-commerce sales, up from 38% in 2016. Here's a breakdown of the online e-commerce market according to data from eMarketer.

Data from eMarketer. Chart by the author.

Obviously, Amazon has the big upper hand. But you probably didn't need a chart to tell you that.

Amazon is a part of our everyday lives because it's quick and convenient, and we trust it. When it comes to food, those are the two most important things. We want our food quickly and in the most convenient way possible, but we also are more careful about the place where we buy food vs. where we buy something like a notepad.

The companies huge base of consumers who are already locked into the Amazon world via Prime could be easy to sell on Amazon's meal kits as it grows the Whole Foods empire. For Walmart, it is slowly becoming a household e-commerce name as it works to prove it can ship quickly and be trusted.

It's important to note that the U.S. represents a $5 billion meal-kit market, so there's room for more players than Amazon, according to a recent report from food and beverage market researcher Packaged Facts. However, for Amazon and even Walmart, meal kits are just a fun experiment.

If this strategy doesn't turn out to be profitable, or valuable enough to its customer base, Walmart can easily cut ties with Home Chef and Takeout Kit. However, if it does turn out to be popular and profitable, then Walmart can look at maybe acquiring one of the meal-kit companies, just as private grocery chain Albertsons acquired meal-kit company Plated for $200 million in September.

That's obviously not the case for Blue Apron, which says its mission is to make "home cooking accessible to everyone." At the end of November, Blue Apron co-founder and former CEO Matt Salzberg stepped down and was replaced by CFO Brad Dickerson.

However, a new captain can't save a sinking ship -- they can only try to keep it afloat a while longer. The bottom line is that Blue Apron didn't have a unique business model that would prevent big-time players like Amazon and Walmart, or even Albertsons, from doing the exact same thing, except better and cheaper.

Walmart is right where it needs to be for now. The company had a blowout earnings round, is expecting a big Holiday shopping season, and is experimenting with new ways to continue to grow a loyal online customer base through things like a meal-kit delivery option.

One thing's for sure: Blue Apron is getting coals in its stocking.