On Monday, Campbell Soup Company (NYSE:CPB) announced that it's acquiring Charlotte-based Snyder's-Lance Inc. (NASDAQ:LNCE) for $50 a share in cash, or roughly $4.6 billion. Campbell obtains a snacking specialist in the deal: Snyder's-Lance holds the No. 1 market share position in pretzels (Snyder's of Hanover), sandwich crackers (Lance), and kettle chips (Kettle Brand and Cape Cod). According to the companies' joint press release, the $2.2 billion in trailing-12-month sales for Snyder's-Lance plus Campbell Soup's $2.5 billion in fiscal 2017 sales for its snack division equals about 46% of Campbell Soup's total revenue on a pro forma basis. By comparison, Campbell's soup-based sales fall to 27% of total revenue on a pro forma basis.

Logic which looks good on paper

The broad idea behind this deal isn't hard to grasp. Campbell wants to reduce its reliance on traditional canned soups, a category which is increasingly back-of-mind as grocery customers favor fresh foods and in-home preparation. Moreover, millennials' love of salty snacks makes Snyder's-Lance an attractive takeover target. Campbell points to the compounded annual growth rate (CAGR) in revenue for Snyder's-Lance of 11.5% between 2012 and 2016 as one of its most attractive aspects. Over the same period, Snyder's-Lance averaged organic net growth (that is, core growth after revenue from acquisitions and currency effects are removed) of 4% -- pretty fast expansion for a consumer packaged goods (CPG) company. 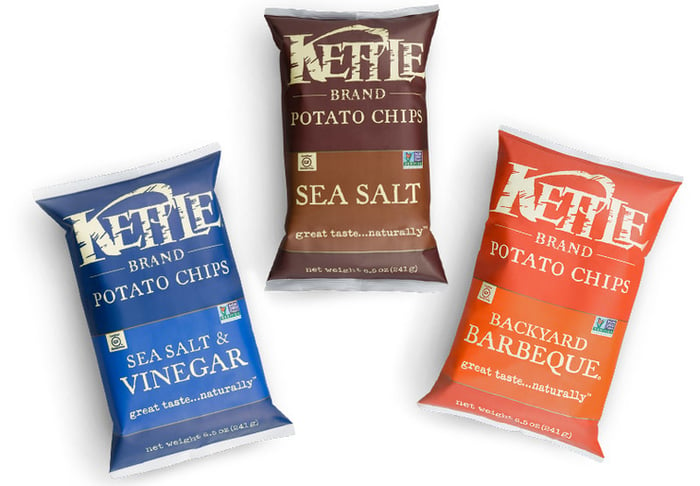 I've previously described Campbell Soup's struggle to modernize its portfolio, and cautioned investors that despite perennial stock underperformance, Campbell's shares really shouldn't be seen as undervalued. One would think that beefing up its snacks division (which contains names like Pepperidge Farm and Goldfish crackers) would provide Campbell Soup with the adrenaline it needs to offset flagging soup revenue.

Yet Campbell is purchasing a company which is itself trying to turn its fortunes around. In an investor presentation in September, Snyder's-Lance management identified the company's central problem: Market-leading retail growth hasn't translated into bottom-line profits. Snyder's-Lance's operating margin is among the worst in the CPG industry. The company managed only 5% operating margin in 2016, and even after adjusting for an impairment charge, operating margin through three quarters of 2017 sits at 6.3%. In comparison, Campbell's own operating margin in a given year tends to fall in the mid- to high teens.

Numerous causes underlie poor margin for Snyder's-Lance. The company has been on its own acquisition spree in recent years, most recently (in early 2016) merging with Diamond Foods, from which it acquired Kettle Brand potato chips. But in snapping up worthy brands, Snyder's-Lance has underinvested in the modernization and automation of its production processes, and the improvement of its supply chain.

Management has vowed to correct these issues, and before the merger announcement, had put forward a credible "transformation plan" to improve operating margin by 2020 by $175 million on an annual basis. Campbell Soup has itself targeted $170 million in synergies from the merger by 2022; yet though it announced that it still expects Snyder's-Lance to achieve the "majority" of its transformation program, Campbell hasn't quantified this number, nor has it issued a completion date. Merger integration will necessarily take priority over the productivity initiatives, so potentially a reduced transformation initiative will extend beyond 2020, and perhaps beyond the target year for synergy realization of 2023.

Additionally, Snyder's-Lance faces potential revenue headwinds. The company has over-extended its leading brands with a plethora of variants, and management now must pare back its SKUs (stock keeping units) to ensure the growth of core labels. This facet of the transformation plan is tricky, as Snyder's-Lance assumes that cutting lower-volume, underperforming products will drive customers back to its remaining SKUs. In its September 2017 investor presentation, the company provided a nice visual of this concept of "demand transfer": 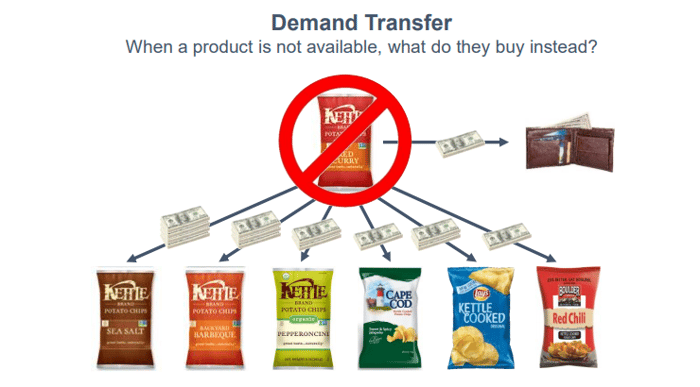 Competition among CPG companies for your salty snack cravings is intense -- it's one of the few categories in this space showing more than a percentage point or two of growth. Snyder's-Lance already acknowledges that it's engaged in often unprofitable promotions to move product. A higher base retail price of "Snyder's of Hanover" pretzel products, for example, is undermined by aggressive discounting -- which tends to run two to seven percentage points past competitors' discounts, resulting in lower-than-average price realization versus its rivals.

Simply put, discounts may play as much a role as product quality in customers' choices involving the company's brands. It's uncertain whether customers will transfer demand to the company's own SKUs in a trimming exercise, without the maintenance of purchase incentives.

In sum, an uncertain proposition

Undoubtedly, Campbell Soup wants to show that it's capable of value-enhancing transactions which will nudge its long-lagging stock upward. And indeed, Campbell is acquiring a company which is in the sweet spot (or rather, salty spot) of the market. But it's also picking up a business with drastically lower profitability than its own, with a question mark hanging over revenue growth. Snyder's-Lance is a work in progress, and this merger seems intuitive only at first glance. For shareholders who look even a few minutes longer, questions abound.