Please ensure Javascript is enabled for purposes of website accessibility
Log In Help Join The Motley Fool
Free Article Join Over 1 Million Premium Members And Get More In-Depth Stock Guidance and Research
By Keith Noonan, Chris Neiger, and Daniel Miller - Dec 21, 2017 at 6:15AM

Looking for high-yield dividend stocks? Our panel of investors thinks AT&T, Macy's, and IBM should be on your radar.

Coca-Cola has long been a favorite holding for income investors. With the company's 55-year streak of annual dividend increases, and its yield sitting at roughly 3.2%, it's easy to see why it's still a go-to choice for those seeking sizable, dependable payouts. However, there are other stocks that offer even bigger yields and greater potential for capital appreciation -- provided that investors are willing to take on a bit more risk.

We asked three top Motley Fool investors to profile a stock that offers an even better yield than Coca-Cola -- as well as other compelling characteristics that help make the case for ownership. Here's why they pointed to AT&T (T 0.48%), Macy's (M -2.02%), and IBM (IBM 1.04%) as potentially great income plays. 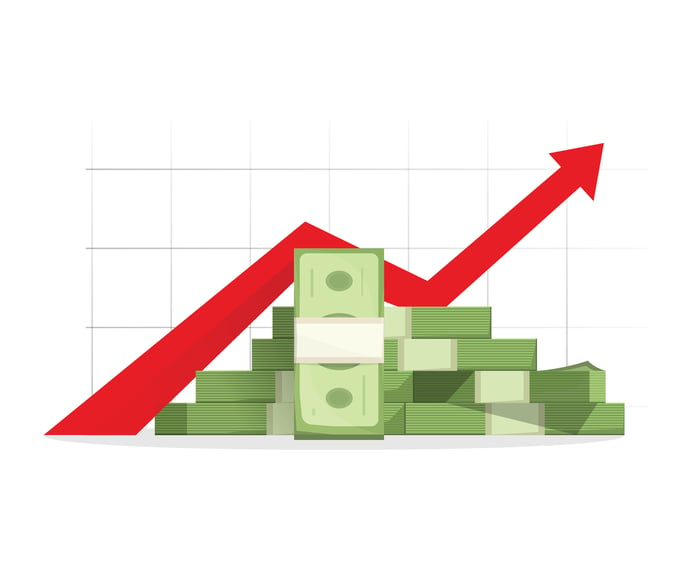 Chris Neiger (AT&T): Investors looking for a strong dividend play that outpaces Coca-Cola may want to take a look at what the telecom sector has to offer: specifically, AT&T and its mammoth 5.5% yield. It has raised its dividend for 33 consecutive years as well, which firmly earns it a spot among the Dividend Aristocrats.

The company makes the majority of its money from its wireless business and in the third quarter, AT&T's top line shrunk by about 3% year over year, and earnings slid 9%. The nation's No. 2 wireless carrier by customer count is in the midst of a transition right now as it tries to add other connectivity and content businesses in order to boost its revenues and earnings.

One opportunity for the company is 5G wireless. This technology could allow it to offer faster broadband speeds to residential internet customers by delivering the last-mile connections wirelessly, instead of via fiber or copper cable. The company started testing such a service in a handful of markets this year, and expects to roll it out more widely within the next two to three years.

But AT&T recognizes that controlling the internet pipelines (and airwaves) isn't enough these days, which is why it's in the process of buying Time Warner. The deal, if it goes through, would give the telecom company ownership of Time Warner channels such as TNT, TBS, HBO and CNN, as well as the Warner Bros. film studios. The Department of Justice is currently fighting the deal right now on grounds that it would give AT&T too much control over content and how its delivered, so the outcome is still very much up in the air. But even a setback on this front is unlikely to deter AT&T from continuing to pursue content deals.

The company's shares trade at just 13 times forward earnings, making the stock relatively cheap compared to its sector. AT&T might have some difficult quarters ahead, but its long-standing commitment to dividend increases, its high yield, and its ongoing investments in new opportunities should help the telecom titan remain a solid choice for income investors.

Daniel Miller (Macy's): Sure, there's plenty of natural pessimism surrounding brick-and-mortar retailers today. But well-known department store chain Macy's has some intriguing opportunities, and with a 5.88% yield, it offers investors a dividend check more enticing than Coca-Cola's. Heck, after the recent Black Friday/Cyber Monday weekend, some observers have even started claiming that malls might not actually be dead!

Beyond its recent holiday shopping season successes, Macy's has a couple of factors going for it. It's massive, a leader in its space, and as such holds advantages of scale and negotiating power with vendors. It also boasts a private-label business that allows it to offer products shoppers can't find at its rivals, which helps support its pricing power.

The retailer also owns a sometimes-overlooked resource: its real estate assets. In early 2016, Starboard Value estimated its property holdings were worth a staggering $20 billion, or more. Those assets will help keep a floor under Macy's stock -- which is trading at a paltry 11 P/E ratio -- while management puts its best efforts into fighting industrywide headwinds.

If Macy's can build its presence in stronger categories, increase its private label business, and unlock some of the value tied up in its real estate, that 5.88% dividend yield and paltry P/E ratio could turn into a holiday gift for patient investors.

A retailer changing its gameplan

Keith Noonan (IBM): On the surface, Coca-Cola and IBM don't appear to have a lot in common, but there are points of similarity that could be instructive for income-focused investors looking for their next portfolio addition. Both companies have been weighed down by declining sales of their core products. For Coke, growth has been elusive due to weakening demand for its core lineup of sodas. IBM, on the other hand, has been hamstrung by the decline of its legacy enterprise hardware and software businesses.

The technology giant's sales slide has been longer and more pronounced than the soft drink titan's. Big Blue's revenues are at a 15-year low after a 22-quarter streak of year-over-year declines. However, while IBM remains a riskier stock than Coke, it also has a much bigger upside. The company has been hard at work building up its positions in new categories to offset the decline of its legacy businesses, and position itself for success in the latest iteration of the fast-changing tech  landscape. Last quarter, revenues from IBM's strategic imperatives businesses (a catch-all designation for the newer segments that are viewed as the future of the company, including cloud services, data analytics, security, and mobile) grew 11% year over year to contribute roughly 45% of overall sales. Based on the momentum shown in many of its newer business categories and the indications of strong demand for its recently launched z14 mainframe, it appears the company will snap its unenviable streak of quarterly sales declines with its next earnings report.

IBM still has a long road ahead to reclaim a top spot in the tech sector, but with an attractive returned income profile and a stock priced at roughly 11 times forward earnings, it appears to be worth the risk. Shares yield roughly 3.9% at today's prices, and the company's 22-year run of yearly dividend raises suggests that its payout will get even bigger in the years to come.