Coming out of the Great Recession, investors looking to score shares of fast-growing Chinese companies were often left scarred. Accusations -- true or not-- of malfeasance could make a stock drop over 10% in one trading session.

But a new chapter opened when Alibaba (NYSE:BABA) decided to list its shares on the New York Stock Exchange in 2014. While shares bounced up and down for the first year, the megapower in the Middle Kingdom has since produced handsome returns for those willing to give China another shot. 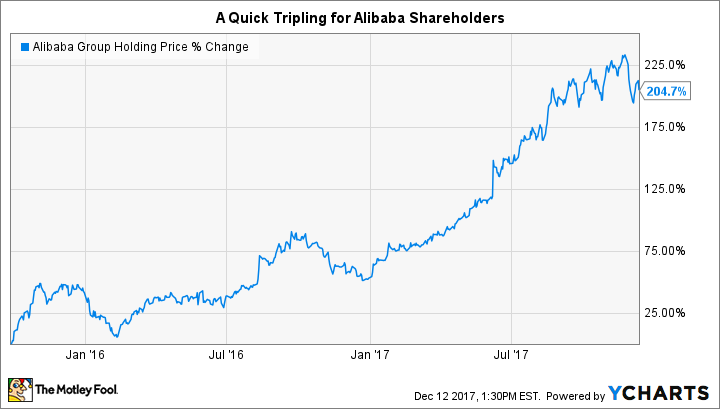 But as impressive as those gains are, three of our Motley Fool investors believe they can be outdone. Read on to see why JD.com (NASDAQ:JD), Tile Shop Holdings (NASDAQ:TTSH), and Hess (NYSE:HES) all have the potential to put Alibaba's returns to shame.

One of Alibaba's biggest competitors could be coming

Brian Stoffel (JD.com): I already called out JD.com as a top growth stock to buy in December, but I can't let the comparison with Alibaba slip by without mentioning the company again.

While this oversimplifies things a bit, here's the difference: Alibaba's Taobao platform is by far the most popular marketplace. But the platform alone is pretty much what Alibaba owns. While that's great in some respects -- overhead costs are low and the company is a cash machine -- it leaves it vulnerable in others.

For instance, Alibaba doesn't control most of its inventory. That means it's had a tough time cracking down on counterfeit goods. It also doesn't have direct control over its supply chain, meaning package delivery is at the whim of third-party operators.

JD, on the other hand, has taken the time to build out a massive fulfillment network -- 256 fulfillment warehouses with over 6,900 pickup and drop-off locations -- and control virtually all of its inventory. Doing that hasn't been cheap, nor has it been fast, which helps explain Alibaba's giant head start. But the time is coming where I think the inherent advantages in JD's model will leave the company, and its shareholders, enjoying returns far outstripping Alibaba's.

With the right leadership, the potential is massive

Jason Hall (Tile Shop): Over the past year, shares of specialty retailer Tile Shop Holdings have taken a beating. At this writing, they're down almost 60% from the 2017 peak, following underwhelming results tied to a merchandising stumble that caused the company to miss out on big demand from customers for lower-priced tile. The results -- and the beating to the company's stock -- have been so severe, that it almost surely played a role in the surprise ouster of CEO Chris Homeister.

Homeister's exit from the company was doubly shocking, considering that he had led a remarkable turnaround in Tile Shop's business results, while also taking steps to vastly improve the balance sheet and de-risk the company, which operates in what can be a painfully cyclical retail industry. 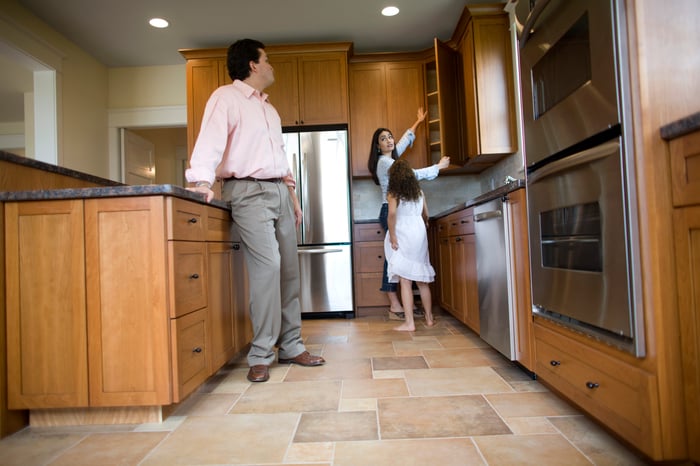 Investors should be intensely focused on who the board chooses to replace Homeister, but with the right leader in place, Tile Shop represents a fantastic opportunity. The retail tile industry is immensely scattered, with tens of thousands of small and regional independent retailers. Furthermore, the big-box home improvement retailers have shown little desire to invest the resources to expand their tile selections or train more department specialists.

With a leader who brings Homeister's operations and capital allocation expertise, but also better-recognizes market trends -- or, better yet, hires an executive to oversee marketing and merchandise -- to make sure the company stays ahead of consumer demand, Tile Shop could have years and years of market-beating growth ahead of it. The challenge is remaining patient while the CEO search plays out.

A turnaround play in the oil patch

John Bromels (Hess): With oil prices finally rising significantly above the $50-per-barrel mark, there are lots of opportunities for outperformance in the energy sector. Some oil company stocks have already gone up, but one that surprisingly hasn't is Hess.

Hess is something of a diamond in the rough among independent oil and gas exploration and production companies. While practically all oil and gas companies had to go into debt during the oil price slump that began in 2014, Hess has kept its debt load manageable, with a debt-to-capital ratio of 33.8%, among the lowest in its peer group. It also has $2.5 billion in cash on its balance sheet.

This enviable financial position should allow Hess to fund its growth plans. Among other projects, the company is adding rigs in the Bakken Shale and has embarked on a very promising joint venture with ExxonMobil off the coast of Guyana. If all this growth comes to fruition, Hess could post returns in 2018 that indeed put Alibaba's to shame.