It's no secret that the stock market is the world's most powerful wealth-creation tool. But truly life-changing gains are reserved for patient investors who are willing to buy and hold stocks for years and let their gains compound.

To that end, we asked three top Motley Fool investors for stocks that they believe you can buy and hold for the next 50 years. Here's why they chose iRobot (NASDAQ:IRBT), Disney (NYSE:DIS), and A.O. Smith (NYSE:AOS). 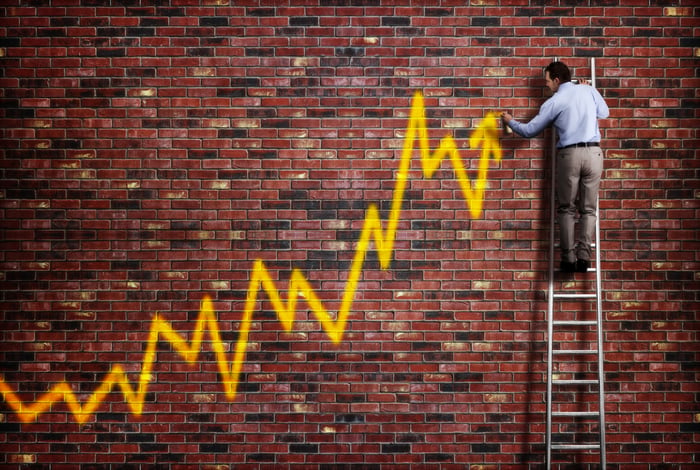 Investing in the future of smart homes

Steve Symington (iRobot): When I'm looking for stocks I can hold for the next 50 years, I want strong businesses that will play a central role in future technology. I think home robotics specialist iRobot fits that mold perfectly.

Of course, I wouldn't blame you for being skeptical. After all, though it offers a variety of robots that do everything from clean your gutters and pool to mopping your floor, the bulk of iRobot's revenue still comes from its Roomba robotic vacuums. Though to be fair, its relatively focused revenue stream has worked out pretty well so far with over 20 million robots sold worldwide to date.

But in a recent interview with MIT Technology Review, iRobot co-founder and CEO Colin Angle noted that his company has "talked about lawn mowing, laundry folding, loading and emptying dishwashers, and bathroom cleaning as things of interest to us," adding that robots will "eventually handle all of this routine maintenance."

He also argued that with the help of the unique spatial awareness of their robots -- namely new iterations of the cutting-edge mapping and visualization features it started incorporating into its higher-end Roombas just over two years ago -- iRobot's products will provide a sort of unifying intelligence to allow smart homes to function as we want them to.

Better yet, he teased that while simple maps Roombas create mark the first commercialized step toward this vision, consumers and investors will "see the rest of the next couple of years."

For patient investors who buy now and hold for the next few decades as iRobot's vision comes to fruition, I think the stock is a compelling buy right now.

Entertainment across the decades

Rich Duprey (Disney): While the investing adage "past performance does not guarantee future results" still holds true, betting that a company like Disney is going to be around in 50 years and still be a worthwhile investment after having existed for nearly 100 years as a top entertainment and media giant seems pretty close to be a sure thing.

The reason for such confidence is that it continually transforms itself while relying upon its bedrock staples. Movies were and continue to be a key component of Disney's success, but its theme parks support and reinforce those films while benefiting from whatever hits the studio produces. While its media business has been having a rough go of it lately, in no small part because of cord-cutting by viewers, its $52.4 billion deal for most of Twenty-First Century Fox's (NASDAQ: FOX) assets will be a huge injection of content.

The massive acquisition includes various TV networks like FX and National Geographic, Fox's stake in Hulu, a 39% stake of European satellite provider Sky, Star in India, and the rights to properties including Avatar, X-Men, Fantastic Four, and Deadpool. Those assets will be an important part of Disney's efforts to launch a streaming video service to take on Netflix.

More importantly, what the deal represents is Disney looking to transform itself once again and planning to be around for a long, long time. I find it easy to see the House of Mouse being a stalwart investment 50 years from now.

Maxx Chatsko (A. O. Smith): I'll admit, deciding what stock people should own for half a century stopped me in my tracks at first, but after some thought, the choice was obvious: A. O. Smith.

Why? In the last two decades the company has strategically grabbed leading market shares for residential water heaters, industrial boilers, and other water technology products in several global regions. While North America holds down the business by providing a steady foundation of revenue and profits (mostly from households purchasing replacement water heaters), the emerging market of China has made A. O. Smith a better growth stock than Amazon since 2011.

Management recently estimated that the number of Chinese households with one of its products will grow from just 18 million in 2010 to 180 million by 2020. Many are buying their first water heater, although A. O. Smith also sells leading brands of water purification and air purification products in the country. Either way, the company is welcoming a staggering number of new customers in a very compressed time frame. To put it into perspective, there are just 126 million households in the United States.

China has no doubt fueled the company's growth in recent years, but the real driver has been swelling ranks of the country's middle class. If other nations can replicate that success, then A. O. Smith should find growth for decades to come. Indeed, the next target is India, which management thinks could represent an opportunity as large as China. Considering it contributed just $18 million in revenue in 2016, compared to $888 million from China, that should have the attention of investors.

There's no way for any investor to definitively know what the world will be like in 50 years or whether stocks like iRobot, Disney, and A.O. Smith will continue to thrive and create shareholder value over that time. But we like their chances given their industry leadership and long-term growth opportunities, and believe investors will likely do well to buy them today.