Please ensure Javascript is enabled for purposes of website accessibility
Log In Help Join The Motley Fool
Free Article Join Over 1 Million Premium Members And Get More In-Depth Stock Guidance and Research
By Keith Speights - Dec 21, 2017 at 6:04AM

Stocks of companies with solid business models and products that meet needs tend to perform well over the long run. Intuitive Surgical, Inc. (ISRG 2.69%) is a good example. The robotic surgical systems stock went through a rough patch a few years ago. It's been a different story this year, though. 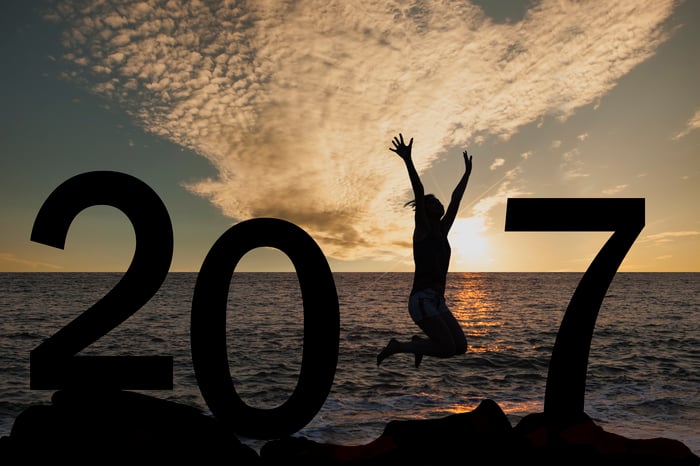 Intuitive Surgical's highest revenue growth came from its highest source of revenue -- it wasn't sales of its da Vinci robotic surgical system. The company makes most of its money from the sale of instruments and accessories. During the first nine months of 2017, Intuitive Surgical generated $1.18 billion from instruments and accessories, a year-over-year jump of 16.9%. That total reflected over half of the company's total revenue.

Higher revenue from instruments and accessories means that more procedures were performed using da Vinci systems. Intuitive Surgical reported that procedure growth in the U.S. was driven largely by general surgery. But the company enjoyed even stronger growth outside the U.S., especially in China, South Korea, and Germany.

2017 continued a trend that Intuitive Surgical has seen play out of the last several years. Gynecology and urology procedures sustained solid numbers, but with lower growth rates. General surgery procedure volumes, however, have increased significantly. While use of da Vinci systems for other procedures is still only a small percentage of total volume, that could change down the road.

There are two reasons why procedure volume grew in 2017. One was that customers who had already purchased da Vinci systems tried to make the most of their investments by using the systems for more surgeries. The other was higher demand for new da Vinci systems.

During the first three quarters of the year, Intuitive Surgical shipped 468 da Vinci systems. That brought the total number of systems installed throughout the world to 4,271, with nearly two-thirds of the systems implemented in the U.S..

Intuitive Surgical initiated a 3-for-1 stock split effective Oct. 6, 2017. The company believed that splitting the stock would make its shares "more affordable and attractive to a broader group of potential investors."

Did the move really help improve Intuitive Surgical stock's performance in 2017? It's hard to say for sure. During the month after Intuitive Surgical's stock split, its stock gained a little more than it did in the month prior to the stock split. However, there were some developments that muddied the waters.

First, Intuitive Surgical announced strong third-quarter results on Oct. 19. A bump from a solid quarterly performance is to be expected. However, a potential rival also generated headlines in October. TransEnterix (ASXC -4.04%) announced that the FDA had cleared its Senhance Surgical Robotic System. Senhance is similar to da Vinci but has some features that could be competitive advantages, particularly haptic feedback, which recreates the sense of touch that surgeons would feel if they were performing procedures using traditional surgical instruments.

Although Intuitive Surgical currently enjoys a virtual monopoly, that won't last forever. TransEnterix's CEO has stated publicly that his company won't compete directly against da Vinci, but I suspect he'll change his tune in the not-too-distant future. Intuitive Surgical also faces a potentially formidable rival in Medtronic, which plans to launch its own robotic surgical system in 2018.

I don't look for competition to be a huge problem for Intuitive Surgical next year, though. However, I don't expect the stock to produce a gain of 75% or more as it has this year, either. Instead, my view is that Intuitive Surgical will have a solid 2018, with continued procedure volume growth and higher demand for da Vinci. More importantly, I see Intuitive Surgical as a winner over the long run as robotic-assisted surgery becomes increasingly prevalent.