Find out which one of these companies announced subpar earnings guidance.

Friday was a relatively quiet day on Wall Street, as major benchmarks finished close to where they started the day in lackluster pre-holiday trading. Investors largely caught their breath after a busy week that brought the passage of long-awaited tax reform laws. Although the market remains near record highs, a few companies had to deal with challenging situations that sent their share prices lower. First Majestic Silver (AG 3.48%), Siebert Financial (SIEB 1.29%), and CalAmp (CAMP 1.92%) were among the worst performers on the day. Below, we'll look more closely at these stocks to tell you why they did so poorly.

Shares of First Majestic Silver dropped 9% after the silver mining company got a negative write-up from stock analysts. BMO downgraded First Majestic from market perform to underperform, cutting its price target on the stock by 17% to the equivalent of about $5.90 per share. The move follows company updates on reserves and resources that the analysts found discouraging. Nevertheless, First Majestic remains one of the purest-play investments in silver, and if prices of the white metal rise, the stock should recover from recent losses. 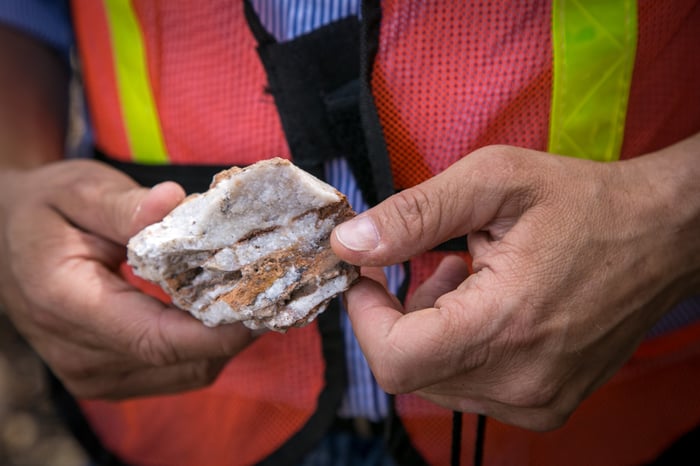 Siebert Financial stock declined over 10%, recovering from more severe losses earlier in the session. Siebert's moves throughout the week have been connected to bitcoin's movements, because Overstock.com's (OSTK 4.64%) tZero subsidiary entered into a deal to buy a 1% stake in the holding-company parent that owns most of the online trading company. The agreement only involves $1 million changing hands, but the idea of a brokerage company offering access to cryptocurrencies was enough to send Siebert's shares soaring earlier in the week. With today's plunge in bitcoin, Siebert reversed course, but the stock has still more than tripled since the beginning of the month.

Finally, shares of CalAmp fell 11%. The telematics specialist reported fiscal third-quarter financial results Thursday night that included a 12% rise in sales to record levels. Adjusted net income jumped by nearly half from year-earlier levels, but investors weren't entirely pleased with CalAmp's projections for the fiscal fourth quarter. Despite the short-term hiccup, CalAmp has done a good job of boosting its recurring revenue from subscription services, and with a series of new products in connected vehicles and the Internet of Things, some shareholders still see the company as a good bet.