Find out why these stocks gained ground.

Tuesday was an up-and-down day for the stock market, with the Dow Jones Industrials opening higher by triple digits, falling triple digits by midday, and then trading with some sharp moves in both directions for the rest of the session. Wall Street is still trying to figure out what the long-term direction of the market is likely to be, but geopolitical concerns like proposed U.S. tariffs and a nationalist victory in the Italian elections have some investors struggling to determine an appropriate course of action. Still, some individual companies announced good news that sent their shares sharply higher. Analogic (ALOG), Baozun (BZUN 4.48%), and First Majestic Silver (AG -0.22%) were among the best performers on the day. Here's why they did so well.

Shares of Analogic gained altitude, rising 10.5% after the provider of airport security scanning technology reported fiscal second-quarter financial results. Revenue fell 2% compared to the year-earlier quarter due to weakness in the medical imaging segment, but adjusted net income jumped 40%. Strength in the ultrasound business and the security and detection segment helped to lift Analogic higher. Yet most of the attention on Analogic remains related to its attempt to sell itself, and CEO Fred Parks said simply that the process is ongoing. 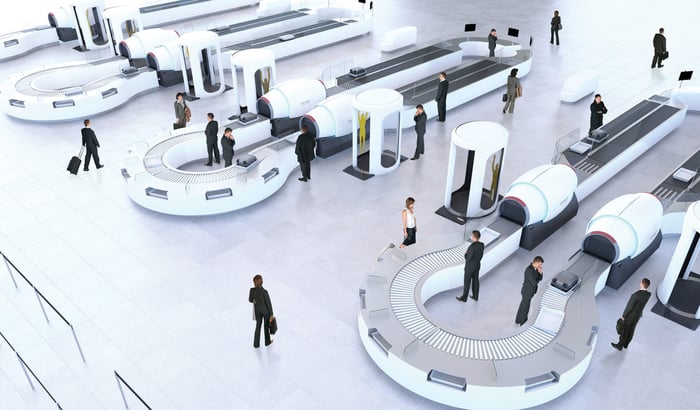 Baozun stock soared 31% after the Chinese e-commerce services provider reported fourth-quarter financials. Revenue climbed 23%, with services revenue soaring by more than half. That helped adjusted net income more than double from year-ago levels, and Baozun got contributions both from its existing online stores and by expanding its lineup of brand partners. E-commerce in China has taken off dramatically, and Baozun believes that it can use strategic partnerships with established players in Chinese e-commerce to bootstrap itself into a stronger position in its own right.

Finally, shares of First Majestic Silver gained 6%. The silver market had a good day on Tuesday, with prices of the gray metal climbing more than 2% to $16.75 per ounce. Some market participants pointed to nervousness about potential trade disputes in prompting the move toward precious metals. First Majestic in particular has had some difficulties recently, with temporary work stoppages hitting earnings hard during 2017. First Majestic would certainly welcome a new boom in the silver market, where prices remain far below their highs near $50 per ounce from early in the 2010s.