Competitive gaming as a spectator sport is growing rapidly, and these three companies are the top ways to benefit from momentum in the space.

Competitive video gaming -- aka esports -- is fast emerging as one of the hottest new forms of spectator content. Research firm Newzoo estimates that the growing niche will generate roughly $700 million in revenue this year and more than double to be worth $1.5 billion in 2020. Indeed, some analysts and industry watchers are heralding competitive gaming as the next big thing in entertainment.

If you're an investor looking to benefit from esports' rise, Activision Blizzard (ATVI -2.42%), Electronic Arts (EA -1.78%), and Tencent Holdings (TCEHY -0.08%) are among the top stocks to consider. 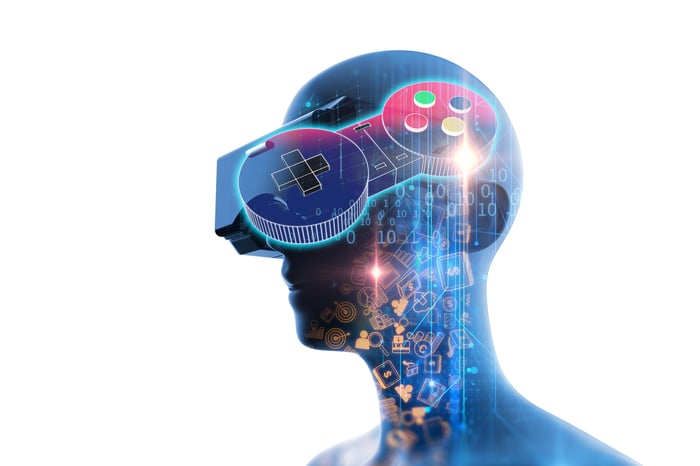 Activision Blizzard is the world's leading third-party video game publisher. Its winning combination of top video game franchises and development studios have delivered a consistent string of hits, and it's already established itself as a leader in esports.

The publisher is poised to benefit from the category's growth in a variety of ways and is looking at new revenue streams from event attendance, advertising, and broadcast rights. The proliferation of esports content will also serve as advertisements for its games and intellectual property.

Activision Blizzard publishes three out of the top-10 most-watched games on Amazon's Twitch video game streaming platform. It also has its own streaming platform that it plans to turn it into an "ESPN for video games," and is launching leagues for some of its biggest properties. The company has already formed a professional league for its hit game Overwatch -- competition is set to kickoff in early 2018 -- and is building the game's esports scene with a long-term future in mind that suggests a strong commitment to the category.

One of the company's goals is to have a hit video game that's supported by a major motion picture, plus competitive leagues built around the property that gamers can either watch or participate in. Here's CEO Bobby Kotick describing the type of franchise synergy the company is aiming to create:

Our teams work tirelessly to deliver the most immersive and engaging experiences for our players. This content provides the connection between hundreds of millions of players around the world. We then enhance these connections with our franchises through initiatives like eSports, television and film, and now consumer products. These additional touch points create more value for our shareholders by creating value and engagement for our audiences.

With a stable of great franchises that are just scratching the surface of their multimedia potential, its own distribution platforms, and its own competitive leagues, Kotick's company is on track to be one of the biggest winners in esports.

Like Activision Blizzard, Electronic Arts is a powerhouse when it comes to big video game franchises. With properties including Madden NFL Football, FIFA, and Battlefield, the publisher is responsible for some of the most bankable series in the industry -- and ones that are likely to be ongoing winners in the esports scene.

While competitive video gaming broadcasts are sometimes framed as replacements for, or competitors to, traditional sports, EA's catalog actually puts it in position to benefit from the popularity of existing sports leagues. The company has built a league for its Madden franchise that's primed for growth, and its competitive FIFA league has even greater potential for massive global popularity. EA is already reporting that esports competitions and broadcasts are driving in-game spending in those two franchises -- which has been a key source of the company's expanding margins and profits in recent quarters.

EA is also finding success with streaming and broadcast exposure. In addition to user-generated and sponsored streams, the company is partnering with the CW Network (owned by CBS and Time Warner) to produce a one-hour prime-time special that follows competitors in a professional Madden NFL 2018 tournament. It has also signed a deal with Disney's ESPN to stream competitive FIFA matches worldwide and broadcast them in over 60 countries.

Based on the company's research, it estimates that competitive players are roughly three times more engaged with the games they play than other players. As esports' increasing popularity drives competitive play across a range of skill levels, EA's titles stand to see increased engagement translate into more in-game purchases -- a welcome result for the company and its shareholders.

If you're hoping to get a piece of the future of esports, investing in some Chinese gaming companies would be a smart move -- and Tencent Holdings in particular. China is already one of the top markets for competitive gaming spectatorship and will play host to much of the category's growth in coming years. Tencent estimates that the Middle Kingdom is home to 65% of the world's esports players currently, and the publisher looks to be one of the companies that are best positioned to benefit from competitive gaming's growth.

Tencent's League of Legends (LoL) is the most-watched game in esports, and one of the hottest properties in entertainment. The title debuted in 2009 and has demonstrated incredible longevity, with the game and its competitive broadcasts becoming more popular with each passing year. 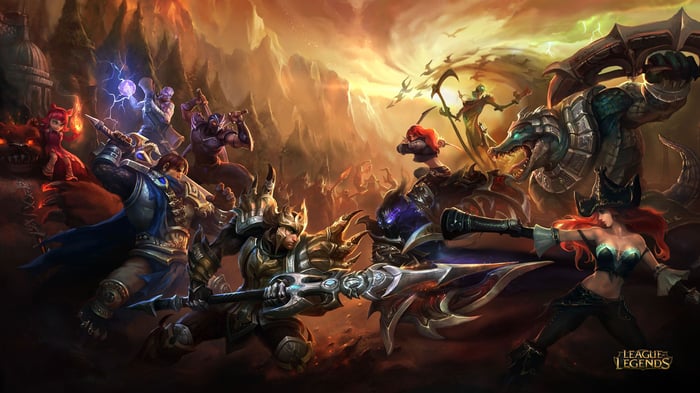 League of Legends consistently ranks as the most-watched game on Twitch and has proven to be a major draw at real-world live events as well. The world championship events for the game attracted sell-out crowds at Madison Square Garden in 2015 and 2016 and this year's championship in China was another huge success that demonstrated the viability of in-person esports events. That most recent LoL championship was a big streaming draw too, reaching 60 million unique viewers worldwide -- up roughly 40% from the 43 million viewers who tuned in for 2016's championship. Tencent has also signed a deal with Disney's BAMtech subsidiary for streaming and broadcast rights for the game through 2023.

LoL gives Tencent a strong foothold in esports, and will likely be the key component of its content strategy in the near future. But the company's gaming business is hardly a one-trick pony: It's also responsible for megahits like Clash of Clans and Honour of Kings, and it's dedicating more resources to its gaming and esports pipeline in order to ensure that it stays at the forefront of interactive entertainment. Equally important over the long term, the company's hugely popular WeChat messaging and online payment platform will underlay its social gaming ecosystem, and help it generate high-margin sales from in-game purchases.

Tencent is even launching a competitive-gaming television channel in China and plans to invest $15 billion over the next five years in order to build its esports business. Between its gaming assets, synergy with its social media platforms, and big investments in expanding the reach of the category, Tencent stands out as a top way to invest in esports.