Please ensure Javascript is enabled for purposes of website accessibility
Log In Help Join The Motley Fool
Free Article Join Over 1 Million Premium Members And Get More In-Depth Stock Guidance and Research
By Maxx Chatsko - Dec 23, 2017 at 8:25AM

Allegheny Technologies is quietly finding success with its turnaround strategy. Growth and profits could be next.

It sure doesn't boast the most attractive financial metrics at the moment, but Allegheny Technologies (ATI 0.95%) appears to be making all the right moves in its ongoing turnaround strategy. While year-to-date gains of 55% show Mr. Market has at least partially acknowledged the effort, I suspect the company is still flying under the radars of most investors.

Recent events -- from new product launches to significant debt reduction -- hint it's time to start taking a closer look at the 21st-century materials stock. When combined with continued strength in key markets and improving selling prices, 2018 could prove to be the year shareholders reap the long-awaited rewards from the difficult and painful decisions made in recent years. 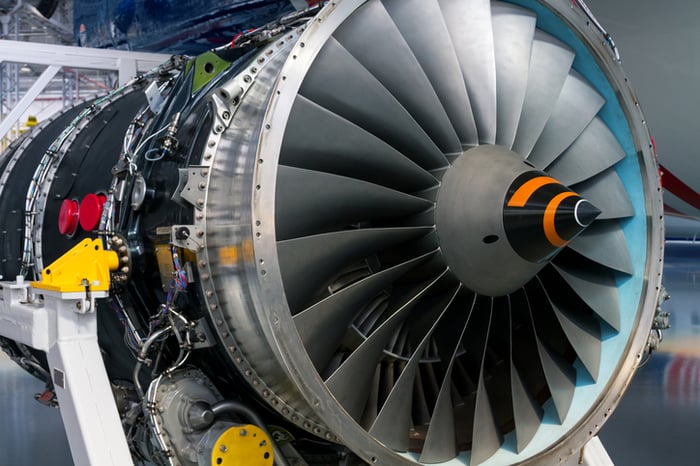 Not that long ago, Allegheny Technologies languished in its role as a leading provider of flat rolled products, which includes sheets of stainless steel that are purchased in bulk and shaped into various structures. There's nothing wrong with being a market leader -- except when that market is a better reflection of a bygone era than what rests on the global economy's horizon. That reality, coupled with inefficient production and unruly cost structures that had piled up over the years, pushed the company's market cap to below $1 billion in early 2016. It flirted with $12 billion less than a decade earlier.

By the time the stock collapsed in early 2016, however, management had already rolled up its sleeves and gotten to work positioning the company for the future. The strategy has included several difficult decisions, such as ramping up capital expenditures exactly when losses mounted, assets were written off, and cash flow was nonexistent. It was not an enviable position to be in, but increased spending was required to invest in new manufacturing processes and product lines.

While the turnaround is not yet complete, by now investors have enough data points to begin considering Allegheny Technologies stock as a serious investment opportunity.

Consider that flat rolled products comprised 57% of total sales in 2011, but just 38% of all revenue in 2016. Plus, the flat rolled product mix Allegheny Technologies sells today is produced more efficiently and priced more competitively than at any other time in the company's history. More importantly, the remaining share of revenue in both years came from high-performance materials and components. The segment includes high-margin products including technically complex metal alloys with premium specifications, which have found strong demand in aerospace, defense, automotive, and even metal 3D printing applications. In fact, in early 2017 the company and General Electric announced a joint venture to develop titanium alloy powders that could be used in additive manufacturing machines. 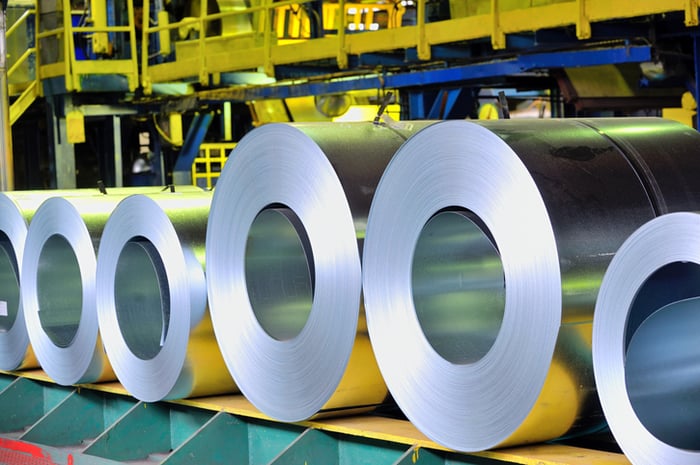 That potentially lucrative opportunity remains further in the future, but other investments from recent years are beginning to pay off. Several titanium castings and nickel-based superalloy products are powering growth in jet engine sales (the single largest market for the company). The materials specialist was even recently tapped to provide an immediate solution for a pipeline repair job that will net it a cool $30 million in revenue in early 2018. The company's nickel-based alloy material is uniquely suited for the task, while its innovative Hot-Rolling and Processing Facility -- also spawned in anticipation of future demand  -- makes the short turnaround time required by the customer possible thanks to its industry-leading cycle time.

Here are other recent events that bode well for long-term investors:

Simply put, management and the employees put in a solid 2017 campaign that provides a great foundation to build upon. The strategy puts Allegheny Technologies in a position to deliver on its longtime goals of returning to sustainable profitability and cash flow generation no matter the trade policy deployed by Washington or the fluctuations in raw materials markets. It may have been an open question to this point, but I think 2018 will be the year the intelligently crafted and executed turnaround strategy becomes an unquestioned success.