Please ensure Javascript is enabled for purposes of website accessibility
Log In Help Join The Motley Fool
Free Article Join Over 1 Million Premium Members And Get More In-Depth Stock Guidance and Research
By Beth McKenna - Updated Dec 28, 2017 at 7:18AM

Here are some top happenings for the artificial intelligence (AI) player that should occur in 2018.

The stock's meteoric rise is being propelled by the company's transformation from being primarily a successful maker of graphics processing units (GPUs) for mostly computer gaming to also being a major force in artificial intelligence (AI).

In 2017, NVIDIA unveiled or launched many new products and initiatives that should help drive growth in 2018 and beyond. Below are some things that investors can probably expect from NVIDIA in the coming new year. 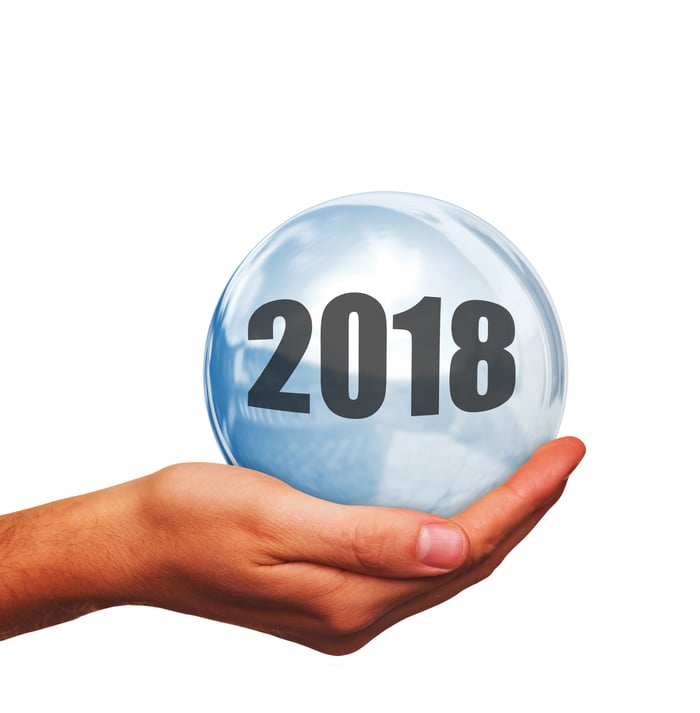 Wall Street is projecting that NVIDIA's earnings per share will increase 16.2% year over year in Q4, which ends in late January. Analysts expect EPS growth in fiscal 2019 of 12.4% -- much lower than the 60+% growth NVIDIA is on track to deliver this year -- and predict 15.5% growth for the next five years.

Investors should, indeed, be prepared for NVIDIA's growth to slow in fiscal 2019. The company's data-center platform was on fire early in this fiscal year due to relatively easy year-over-year comparables, and got a big boost in Q3 from the launch of Tesla V100 for data centers. That said, Wall Street has continuously and significantly underestimated NVIDIA, so there's good reason to believe that its current estimates will also prove too conservative. In the last three quarters, Wall Street's EPS estimates turned out to be too low by 41.5% (Q3), 31.4% (Q2), and 19.7% (Q1).

Here are several main things investors can likely expect from NVIDIA in 2018:

1. Launch of a post-Pascal graphics card for gaming

It's probable that NVIDIA will begin to release in 2018 a line of graphics cards for gaming based on a new GPU architecture. In the off-chance this doesn't occur in 2018, 2019 seems a sure thing. The company's current cards are Pascal-based, and began rolling out in 2016. The GPU architecture for the new cards might be Volta, which the company launched in 2017, and which has already made its way into several products. These include the Tesla V100 for data centers and the monstrous TITAN V graphics card for PCs that's aimed at developers working in AI and high-performance computing (HPC). However, there are rumors that NVIDIA’s next lineup of GeForce cards will use a new GPU architecture called Ampere.

The soaring popularity of esports should continue to drive many gamers to upgrade their graphics cards.

In the summer, NVIDIA began shipping the Tesla V100 for accelerating HPC and deep-learning training. (Deep learning is a category of AI which essentially involves training a machine to think -- or make inferences from data -- like we humans do.) Sales of this product provided a big boost to third-quarter earnings: Data-center revenue soared 109% from the year-ago period, and increased 20% from the preceding quarter, growing to 19% of the company's total revenue. This platform helped drive 32% growth in total revenue and a 41% surge in adjusted earnings per share (EPS) from the year-ago quarter. 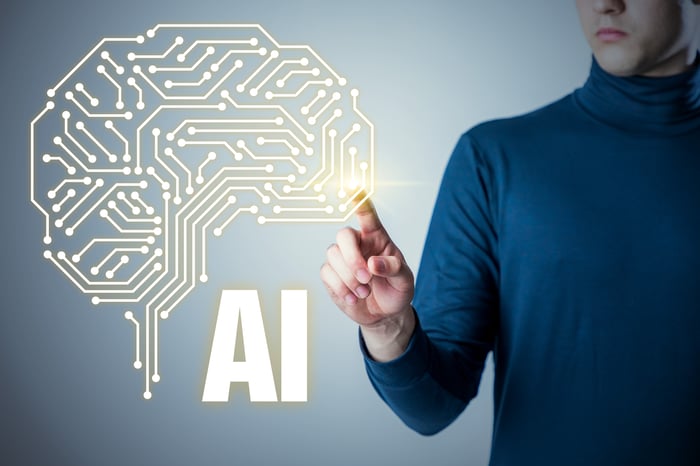 All the world's major internet companies and cloud-service providers are upgrading their data centers from Pascal-based systems to Volta-based ones. Major server makers have also announced that they're adopting Volta. While NVIDIA likely booked in the third quarter a good chunk of the initial wave of business from the huge players, investors should be able to count on revenue continuing to roll in from Volta upgrades. That is, as long as NVIDIA's GPU-based approach to deep learning remains the favored approach to AI, which seems a safe bet for the near and intermediate terms.

No crystal ball is needed here: NVIDIA has said that DRIVE PX Pegasus will be available to its automotive partners in the second half of 2018. Pegasus, unveiled in October, is the world's first AI supercomputer for powering fully autonomous vehicles. It's an upgrade to DRIVE PX 2, which began shipping in the spring of 2016.

Several hundred entities are developing with the DRIVE PX 2 platform. Pegasus promises to enable them to move beyond developing partially autonomous driving systems to developing fully autonomous ones. DRIVE PX 2 is in Audi's 2018 A8 and all Tesla production vehicles. (Earlier this month, Tesla CEO Elon Musk confirmed rumors that the electric-vehicle pioneer was working on developing its own AI chip to power its Autopilot function.)  Toyota and Mercedes-Benz have said they'll be incorporating the platform in models planned for launch within the next several years

Auto revenue -- which accounted for 5.5% of total revenue in Q3 -- should grow faster as we draw closer to the imminent legalization across the country of fully autonomous cars. Many industry experts peg this occurring within four to six years.

Space didn't permit including more predictions, with a notable one left out being that NVIDIA's edge-computing initiatives -- which include drones and smart cities -- should gain more traction in 2018.

In short, the future looks bright for NVIDIA's business and its stock, as long as two things remain true: The company's GPU-based approach to deep learning remains the -- or at least "a" -- favored approach to this AI discipline, and Intel isn't very successful in its plans to crash NVIDIA's AI party by entering the discrete GPU space. While the deep-pocketed chip giant shouldn't be underestimated, NVIDIA has a huge seven-year head-start in this space.