Which of these megacap stocks is the best choice for your portfolio?

With market caps of $660 billion and $730 billion, respectively, Microsoft (MSFT 1.07%) and Alphabet (GOOGL -0.21%) (GOOG -0.27%) possess a level of size and scale that only a handful of businesses in the world can claim. And as they've ascended to dominance, they've earned a fortune for their investors along the way. 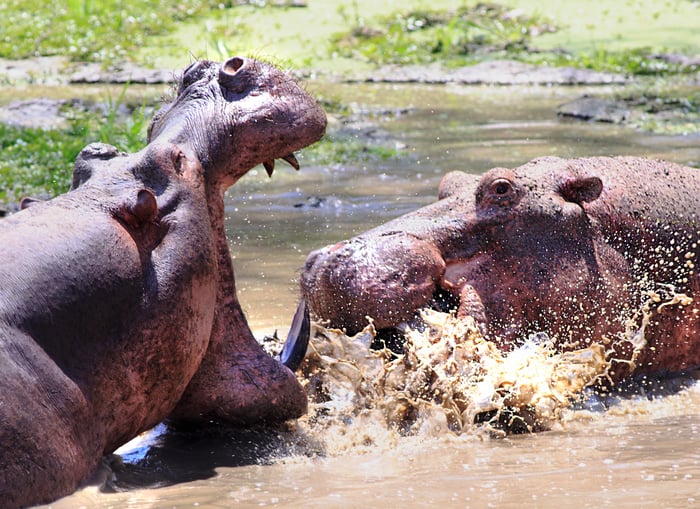 Microsoft and Alphabet are two of the largest beasts in the public markets. We put them head to head to see which is the best investment from this point forward. Image source: Getty Images.

Microsoft and Alphabet are both excellent businesses, but let's take a look at some key metrics to see if either one has an edge when it comes to financial strength. Please note that Google reorganized itself as Alphabet in 2015, so we'll use Alphabet's figures from this point forward.

Few businesses can rival Microsoft's profit and cash flow generation --- but Alphabet is one of them. And while Microsoft's $53 billion in net cash on it balance sheet is the envy of thousands of companies, Alphabet's net cash position checks in at an even more remarkable $96 billion. This gives the search king the edge in terms of financial fortitude.

Alphabet is also the clear leader in terms of revenue and profit growth in recent years. 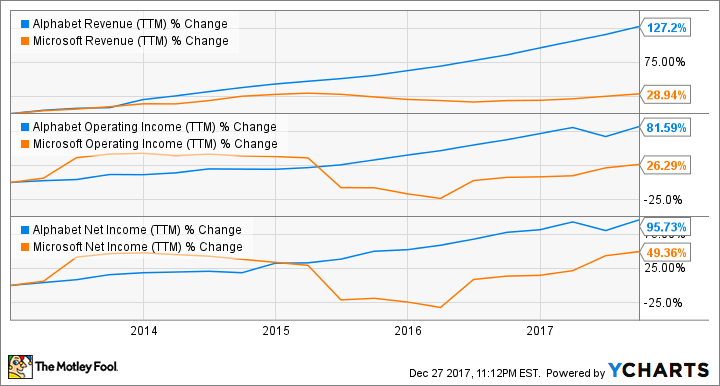 Wall Street expects this trend to continue, with analysts forecasting that Alphabet's earnings per share will rise more than 20% annually over the next half-decade, fueled by the continued strong growth of YouTube and mobile search. During this same time, Microsoft's earnings per share (EPS) are projected to increase by about 10% annually, driven by its cloud and subscription businesses. Thus, Alphabet has the edge here, as well.

No better-buy discussion should take place without a look at valuation. Let's check out some key value metrics for Microsoft and Alphabet, including their price-to-free-cash-flow (P/FCF), price-to-earnings (P/E), and price-to-earnings-to-growth (PEG) ratios.

On the first three metrics, Microsoft's stock is considerably less expensive than Alphabet's. However, the fourth -- and perhaps most important -- metric paints a different picture. The PEG ratio factors in these companies' expected growth rates. And on this basis, Alphabet's stock is more attractively priced. So I'll split the difference here, and call it a draw for valuation.

Microsoft and Alphabet are both outstanding businesses that are likely to continue to reward investors in the years ahead. But with its superior balance-sheet strength and loftier future growth prospects, Alphabet is the better buy today.