While trashing cybercurrencies, big business is investing huge sums into the underlying technology.

Blockchain investors will not forget 2017. Cryptocurrencies, the tokens of the blockchain, have exploded, with the asset class currently worth $600 billion, an increase of more than 3,200% from the $18.3 billion market cap at the start of the year. The second quarter was particularly notable as total funds raised by ICOs (initial coin offerings) surpassed early-stage venture capital funding.

By and large, Wall Street has been split on cryptocurrencies and blockchain. Many companies are outright dismissive of cybercurrencies -- most notably JPMorgan CEO Jamie Dimon, who called bitcoin investors "stupid," and most do not accept any cryptocurrencies as transactional tender -- but some (including JPMorgan) are investing in the underlying blockchain technology.

The two largest companies for cryptocurrency and blockchain investing are Alphabet (GOOG -0.08%) (GOOGL -0.16%) and Overstock.com (OSTK 14.40%). A report from CB Insights shows just how active corporations are in the space. 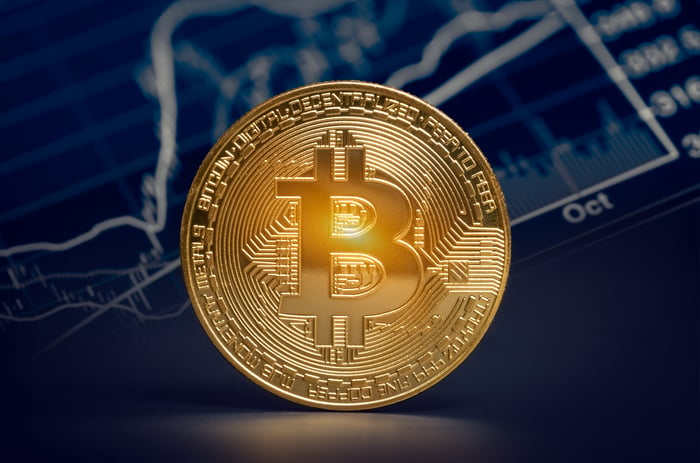 Alphabet has invested millions in the technology, but very little in cryptocurrencies

CB Insights notes that corporations have made more than 140 equity investments in blockchain since 2012 with a total investment of $1.2 billion. As of the time of the report, 42 corporate deals had taken been inked. Except for Japanese company SBI Holdings, CB Insights lists Alphabet as the largest corporate blockchain investor with six investments through its Google Ventures arm.

Alphabet is more concerned with blockchain than currencies. The company's most notable blockchain investment, Ripple, uses the technology to settle international bank transactions. The company claims it can do so with a one-third reduction in operating costs and allow lenders to move money in seconds. However, since its biggest clients are banks, it's unlikely that cryptocurrencies are the trading currency, but rather blockchain is the technology to help banks transact in fiat currencies.

Other investments are in a similar vein to Ripple: Ledger X, the first regulated institutional trading platform, Veem, the online payment provider that uses blockchain to settle international transactions, and Storj, a blockchain-based cloud storage service.

Overstock is a rare "all-of-the-above" investment

Outside of investing in cryptocurrencies, perhaps the best way to invest in the cyber currency craze is Overstock. CEO Patrick Byrne is the most outspoken supporter of bitcoin among major CEOs, noting "bitcoin is more powerful than physical money." Additionally, the company was among the first retailers that transacted in bitcoin.

More recently, Overstock is creating more of a buzz with its blockchain forays than its online retail operations. Under its Medici Ventures unit, the company has a portfolio of 12 different companies. (This differs from CB Insights count of six investments in total, but the difference appears to be that some of Medici's companies were internally developed.)

The most recognized company in Medici Ventures' portfolio is the blockchain-based cybercurrency trading platform, tZERO. This month, Overstock went even further in its cybercurrency plans by launching a $250 million ICO for tokens for the tZERO that would function as preferred equity in the trading site.

A small piece of the pie

It's a folly to invest in the companies above to take advantage of the cryptocurrency craze. For Alphabet, 99% of its revenue comes from its Google unit, which is search and ad-related revenue. The other 1%, what Google affectionately calls Other Bets, houses many different businesses in addition to Google Ventures. Additionally, under new CFO Ruth Porat the company has been slowing spending in its Other Bets segment to improve its bottom line.

Even though Byrne wants to sell Overstock's retail business to become a true blockchain-focused company, this has not occurred and it will likely be difficult to secure approval from a shareholder majority that invested in an online retailer. In the end, if you've carefully weighed the risks of this new asset class and still want exposure, there are better ways to do so than investing in these two companies.