Please ensure Javascript is enabled for purposes of website accessibility
Log In Help Join The Motley Fool
Free Article Join Over 1 Million Premium Members And Get More In-Depth Stock Guidance and Research
By Neha Chamaria – Dec 28, 2017 at 9:30AM

Coeur Mining was among the worst-performing silver mining stocks in 2017, but 2018 could be different.

Investors in Coeur Mining (CDE -4.07%) wanted to see the value of their investments in the gold and silver miner grow with rising precious metal prices in 2017, but that was not to be. Coeur is capping the year with double-digit percentage losses -- roughly 18% as of this writing -- even as shares of peer Pan American Silver (PAAS -1.86%) are in the green this year. Among Coeur's closest peers, only Hecla Mining (HL -1.57%) fared worse this year for company-specific reasons. Otherwise, Coeur is among the worst-performing stocks in the silver mining industry for 2017.

Ironically, fiscal 2017 is set to be a record production year for Coeur and its best cash flow year since 2012, thanks in part to a renewed gold and silver streaming agreement with one of the largest precious-metals streaming companies, Franco-Nevada Corp. (FNV 2.62%). The market's ire, therefore, might be misplaced, which means while 2017 was a year to forget for Coeur investors, it wasn't quite so for the company that's stepping into 2018 with strong tailwinds.

Expectations ran high after Coeur's remarkable turnaround in 2016, when it posted a net profit of $55.4 million versus a loss of $367.2 million in fiscal 2015. CEO Mitchell J. Krebs sounded optimistic about 2017 during the company's fiscal 2016 earnings release, saying, "Coeur has entered 2017 well-positioned to continue delivering high-quality growth through ongoing initiatives at our Palmarejo, Kensington, and Rochester operations." 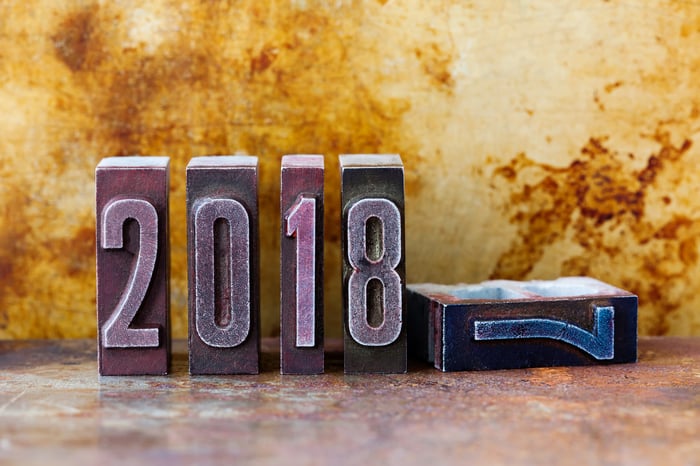 Krebs was right: Coeur didn't stop growing. Its silver equivalent ounces (SEOs) production is set to rise by roughly 6.5% at the midpoint in fiscal 2017 -- far ahead of rival Pan American's muted growth estimates. As for Coeur's ongoing projects, expansions at the Kensington (Alaska) and Rochester (Nevada) mines are on track, while that at Palmarejo (Mexico) -- Coeur's largest multiple-mine complex -- is way ahead of schedule. As a result, the company's SEOs jumped 10% year over year during the third quarter.

Palmarejo also played a key role in driving Coeur's revenue up 10% during the nine months ended Sept. 30, thanks to the miner's agreement with Franco-Nevada, which was renewed in late 2016. Franco-Nevada agreed to buy 50% of the gold produced from Palmarejo at $800 per ounce, which is nearly double the amount it was paying Coeur under the old streaming agreement. (Franco-Nevada is a precious-metals streaming and royalty company that buys metals from mining companies like Coeur in exchange for up-front funding.) 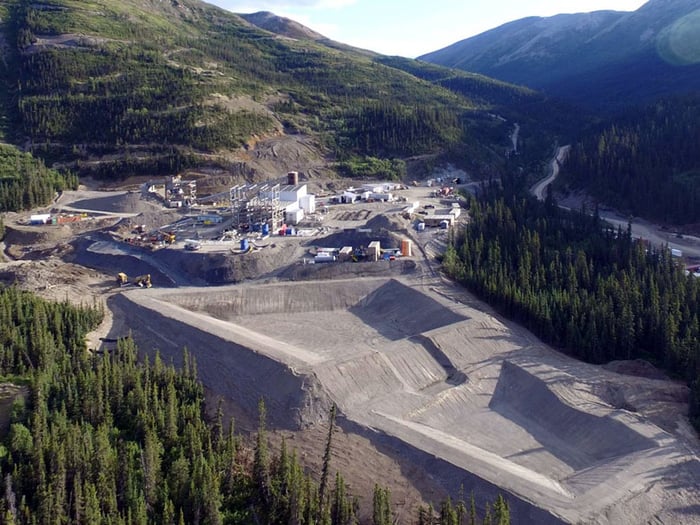 This year, Coeur also acquired the Silvertip mine, in British Columbia, for $200 million. The mine is expected to produce an average of 10 million SEOs annually, which is nearly 25% of Coeur's estimated 2017 production.

Unfortunately, losses threw a monkey wrench into investors' hopes as uncontrollable factors, such as record rainfall in Nevada and drought in Bolivia, drove Coeur's operating costs higher. As a result, Coeur had to increase its all-in sustaining cost (AISC) guidance by $0.25 per SEO at the midpoint to $15.75-$16.25 per SEO for the full year. That didn't go down well with investors, especially since peers like Pan American Silver and First Majestic Silver are successfully cutting costs to boost margins.

All's not lost, though: Coeur could make a strong comeback in 2018.

Silvertip is a significant addition to Coeur's asset base. Aside from boasting strong production potential, Silvertip is supposed to have AISC as low as $10.50-$11.50 per SEO at full capacity. Silvertip is already a producing mine, and Coeur is currently developing it further to recommence commercial production by the first quarter of 2018 and add to Coeur's earnings. Meanwhile, higher ore grades from Palmarejo and Kensington should further boost production and cash flow in 2018.

Speaking of cash flow, Coeur remained free-cash-flow positive despite losses and higher capital expenditure during the trailing 12 months. In fact, Coeur was FCF positive in four out of the past five years, which is an impressive streak given how volatile the precious-metals markets can be.

2017 was a challenging year for Coeur, but the miner didn't fluster. Coeur's growth moves, production profile, and financial standing point at a strong 2018. I have a feeling the silver stock's downward trend could reverse, making it a year to remember for investors.