Please ensure Javascript is enabled for purposes of website accessibility
Log In Help Join The Motley Fool
Free Article Join Over 1 Million Premium Members And Get More In-Depth Stock Guidance and Research
By Keith Noonan - Dec 29, 2017 at 9:41AM

The tech sector didn't used to be a great place to look if you were on the hunt for high yield. That's changed as some companies have matured and shifted into periods of slower growth, and investors now have a range of tech dividend stocks to choose from.

In addition to offering investors dependable returned income, some of these companies also have underappreciated business prospects and beaten-down valuations -- setting up dynamics that could pave the way for substantial capital appreciation on top of regular income generation. Here's why IBM (IBM -0.05%), AT&T (T 1.67%), and Seagate Technology (STX) are top income-generating stocks in the tech sector. 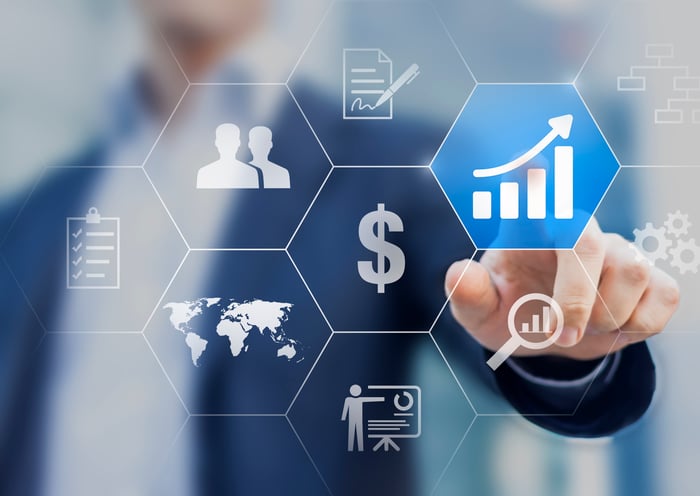 With a 3.9% yield and a 22-year history of annual payout increases, IBM has one of the best returned-income profiles in the tech sector. The stock also looks pretty cheap trading at roughly 11 times forward earnings estimates and 13 times trailing free cash flow. Those are attractive characteristics, to be sure, but they don't exist in a vacuum.

With a 22-quarter streak of consecutive year-over-year sales declines and trailing revenues at a 15-year low, there are valid reasons why the market has been cool on Big Blue. Shares have lost roughly 8% of their value in 2017 while the S&P 500 index has gained nearly 20%. Even so, the stock looks like a good play for investors who are willing to take on the risk profile that comes with its shift to new businesses.

There are some compelling indicators that its turnaround effort has the company poised for a rebound. Last quarter saw its combined cloud, security, data analytics, and mobile businesses grow revenues 11% and comprise 45% of total sales. Meanwhile, its legacy hardware and software services businesses declined roughly 8%. The company's cloud services have tallied up $15.8 billion in sales over the trailing-12-month period, and a favorable growth outlook for the overall cloud infrastructure and platform markets gives IBM a promising avenue to return to sales growth over the long term. It's also staked investments in emerging technologies like artificial intelligence, blockchain, and quantum computing -- opportunities that are difficult to model at present but ones that could have tremendous payoffs.

IBM's business outlook isn't as concrete as other top dividend stocks you might find in other sectors, but it offers investors a rare combination of value, growth potential, and a great yield.

2017 was supposed to be the year that AT&T put most of the finishing touches on its merger with Time Warner. It didn't play out that way, and shares have shed roughly 9% of their value this year amid that disappointment and declining subscriptions for the company's postpaid wireless service and core DirecTV satellite television packages. While the telecom giant's stock has significantly underperformed the broader market this year, soggy performance presents long-term investors with an opportunity to buy a good company at an inexpensive price.

Shares trade at just 13 times forward earnings estimates and come with a dividend that helps make a strong case for ownership. AT&T packs a roughly 5% yield and recently announced its 34th consecutive annual payout increase -- raising its payout roughly 2%. Admittedly, payout growth has been slow in recent years, but it already offers a great yield and shareholders can count on regular increases going forward. The company's business prospects appear to be underappreciated as well. 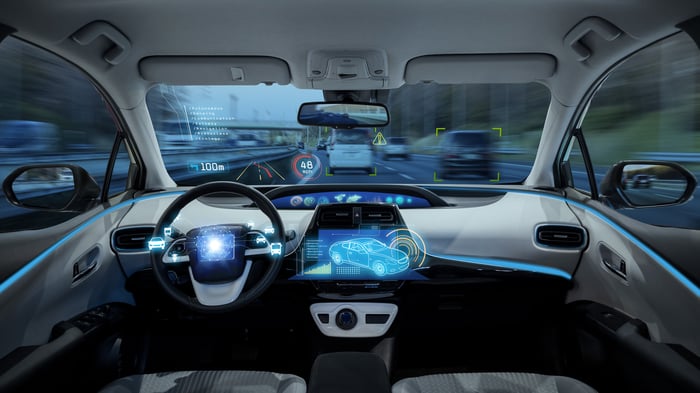 AT&T is on track to be a leader in 5G network technology. While previous generations of wireless networks have delivered faster connections for mobile devices, 5G will also serve as the key fabric for connecting a new range of devices including cars, wearables, and smart-city technologies. Expanding its 5G network technology will be capital intensive, but it should also widen the company's competitive edge in the wireless space and help it branch into new, high-growth platform and service categories.

If the company's acquisition of Time Warner gets the go-ahead following a pending legal challenge from the Department of Justice, AT&T will also become a global leader in entertainment content and have new service bundling and advertising opportunities that could spur sustained earnings momentum. I think there's a good chance that the merger will eventually go through -- paving the way for a new growth phase for AT&T -- but the stock has the potential to be a worthwhile long-term investment even if the deal were to be blocked.

While Seagate Technology is still the world's leading producer of hard drives, shifts in the industry have hamstrung performance in recent years and depressed the company's share price. Cloud storage is presenting alternative ways to house data for computers and mobile devices, and the company's chief rival Western Digital has been the biggest beneficiary of rising demand for solid state drives. Under these pressures, Seagate's stock has shed nearly 40% of its value over the last three years

The consumer market might not drive growth in the same ways going forward, but Seagate is looking at increased infrastructure spending from cloud service providers and large enterprises that seems likely to power performance over the long term. The world is still in the midst of a digital data explosion, with new devices and the proliferation of high-definition video streams ensuring that there's more information to be stored and transmitted with each passing minute. Putting this growth trend in context, research firm IDC estimates that the amount of data generated annually will have increased tenfold from 2016 to 2025 as connected devices, automation, and machine-to-machine communications become increasingly central in every day life. That's going to create a lot of new demand at the data-center level, and Seagate is in position to benefit.

The company's shares have rallied since its first-quarter report delivered better-than-expected results in October, but the stock still looks to present a bargain for long-term investors. Seagate trades at roughly 11 times trailing free cash flow and 11 times forward earnings estimates while offering a 6.1% yield. If it even comes close to hitting the average analyst estimate for annual earnings growth of nearly 19% over the next five years, the stock will prove to be an absolute steal at today's prices.