Ah, retirement. That glorious period in our lives when we can kick back, relax, and take advantage of our newfound freedom.

Retirement is even more pleasant with a portfolio full of sturdy companies that pay regular dividends. That's a nice one-two punch providing a bit of supplemental income, plus an underlying investment that has a good chance to grow in price. Here is a pair of stocks that I believe deliver that combination beautifully. 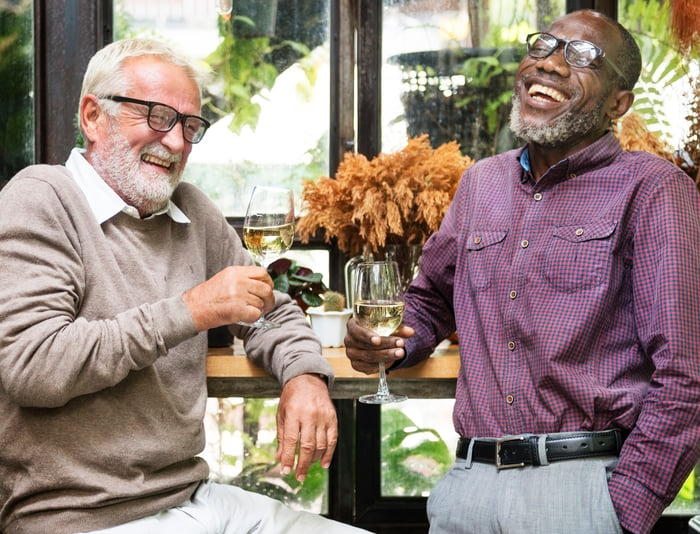 The largest telecom company in America in terms of market capitalization and revenue, AT&T (NYSE:T), is a fine investment for the post-career set.

The company has done a good job lifting its revenue lately; in fact, on a trailing 12-month (TTM) basis, that line item is almost the highest it's ever been (at just under $161 billion). Even though it's had to cope with some subscriber losses -- this is a hotly competitive business, after all -- AT&T is still an enormous profit machine. Its most recent annual bottom line was just under $13 billion.

Cash flow is pretty robust, too. AT&T's TTM operating cash flow is just shy of $40 billion; this gives it plenty of scratch for the current and future needs of its business. After all, it's expensive to keep a sprawling network up-to-date and operational, then modernize the whole thing for the coming of 5G telephony.

In spite of those considerable costs, AT&T has managed to not only pay a generous dividend (currently yielding a beefy 51%), but to raise it annually for 34 years running.

Meanwhile, the recently passed tax bill should have a very positive effect on this most prominent of corporate taxpayers in terms of sheer money saved. The company's proposed takeover of Time Warner is dragging painfully, but AT&T already has a strong asset in the media sphere with DirecTV.

This satellite broadcaster makes AT&T more "sticky," as it can bundle such an offering with a phone plan. The takeover of Time Warner -- assuming it ever happens -- should only add to that attractiveness.

No prizes for guessing how often specialty real estate investment trust Realty Income (NYSE:O) pays out its dividend. It's even gone as far as to trademark its corporate descriptor, "the monthly dividend company."

It's able to spit out such regular and substantial distributions because it has a very solid, well-established business model. It specializes in commercial properties rented on a "triple-net" lease basis, i.e. the lessee pays not only rent, but maintenance, insurance, and property taxes, too. On top of that, Realty Income generally lets its properties on a long-term basis, on contracts that are in force for 10 to 20 years.

Many investors are worried about the "retail apocalypse," in which online merchants will eventually siphon all the business from their traditional brick-and-mortar competitors.

But no one, apparently, told Realty Income -- the REIT's most recent quarterly occupancy rate was a near-perfect 98%. Thanks to those long-term arrangements with durable companies such as Walmart, FedEx, and CVS, we can expect that figure to stay pretty close to the 100% ceiling.

Speaking of that quarter (Q3, to be exact), Realty Income's fundamentals were typically solid. The company's revenue grew by 11% on a year-over-year basis to $307 million, and adjusted funds from operations rose 15% to nearly $214 million.

Realty Income is a leader in the commercial REIT segment, and for very good reason. Investors should enjoy continued growth in the company's fundamentals while clocking that dividend at a regular and very frequent clip.

Stocks in retirement should be fairly conservative investments -- well-managed, solid companies with good track records. And ideally, they should reliably produce fundamental growth and sport a dividend that has a good chance of rising. These two companies very much fit this bill.