How can a biotech stock double in less than three weeks and gain more than 500% in 90 days?

One good answer is that the biotech announces overwhelmingly positive clinical results for an experimental drug. Another possibility is to strike a lucrative deal with a big partner. That's how XOMA Corporation landed a spot as one of the best biotech stocks of 2017 -- although it didn't double in less than a week and took most of the year to generate a return greater than 500%.

Then there's the approach taken by BiOptix. The company changed its name to Riot Blockchain (NASDAQ:RIOT) on Oct. 4, 2017. Riot Blockchain's primary focus switched from biotech to -- you guessed it -- blockchain technology. The stock had already begun to take off a few days earlier on anticipation of something big about to happen. With the new name and new direction, Riot Blockchain stock exploded. But there's more to the story. 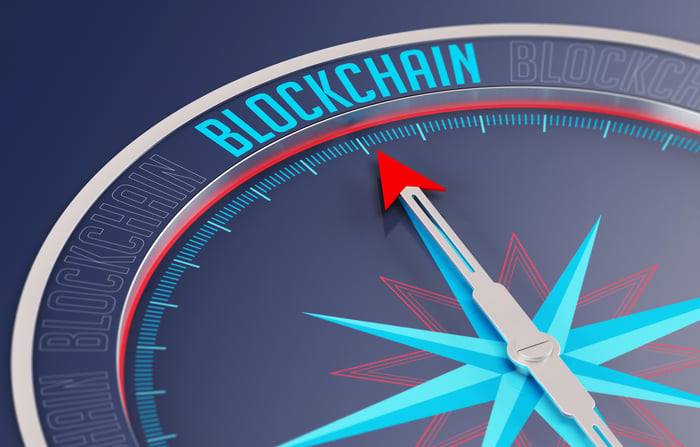 BiOptix began operations in 2000, but was initially named Venaxis. The company's next major milestone happened four years later, when Venaxis entered an exclusive license agreement with Washington University in St. Louis for veterinary products developed by the university. Venaxis also filed for patents in 2004 for its acute appendicitis testing technology and products used in development of the APPY1 blood test for identifying patients with low risk of acute appendicitis.

In 2012, Venaxis licensed its intellectual property and other assets relating to recombinant single chain reproductive hormone technology for use in non-human mammals to veterinary health company Ceva Sante Animale S.A. This turned out to be perhaps the best move for the company until recently, with Venaxis receiving royalties over the last few years of around $2 million.

You might be wondering how well BiOptix/Venaxis performed through the years if its best move made only $2 million. The answer: not very well at all. Although the company marketed the APPY1 test in Europe, the U.S. Food and Drug Administration wouldn't clear the product for sale in this country. As a result, Venaxis threw in the towel on APPY1 in early 2016, including withdrawing it from the European market.

This new game plan lasted less than five months. By January 2017, the company had decided to exit from its acquired diagnostics business. This decision was made by the BiOptix board of directors after evaluating BiOptix Diagnostics' operations, sales forecasts, and projected cash requirements -- the kinds of things you'd expect a company to do before making an acquisition.

Within four months of the decision to bail out on the diagnostics business, BiOptix then-CEO Stephen Lundy also bailed out. Seemingly adrift, BiOptix said that it was "exploring other possible strategic options and financing opportunities." 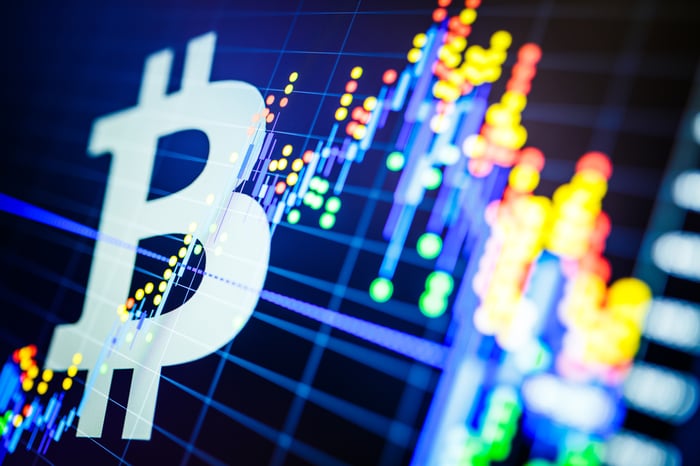 Few probably realized just how radical the next strategic option for BiOptix might be. The same day Stephen Lundy left the company, BiOptix named Michael Beeghley as its new CEO. Beeghley was already on the BiOptix board of directors and had served as chairman of the board since January after a shakeup resulting from demands by activist investor Barry Honig.

Beeghley's assumption of the CEO spot might have been the first key sign that there would be a much different path going forward. He had no experience in the biotech or diagnostics industry beyond serving on the board of Venaxis/BiOptix for a few months. Beeghley's expertise was instead in mergers and acquisitions and securities valuation.

The next hint came on Sept. 25, 2017. BiOptix announced that it was changing its state of incorporation from Colorado to Nevada. Why Nevada? Only a few months earlier, the state became the first in the nation to ban local governments from taxing blockchain use. Nevada state senator Ben Kieckhefer said that he wanted his state to be the "home base" for blockchain companies.

On Oct. 4, the biotech formerly known as BiOptix became the blockchain company named Riot Blockchain. The company announced that its focus would be on "the blockchain ecosystem with a particular focus on the Bitcoin and Ethereum blockchains." Riot Blockchain's first investment in the blockchain world was in Coinsquare Ltd., one of Canada's leading exchanges for trading digital currencies.

A couple of weeks later, Riot Blockchain announced that it was buying a 52% stake in Tess, Inc., a Canadian company developing a blockchain-based payment service for wholesale telecom carriers. The deal closed on Oct. 23. Early in November, Riot Blockchain bought cryptocurrency mining equipment. And the stock continued to skyrocket.

Words that rhyme with trouble

Could others take the same approach as BiOptix did by becoming Riot Blockchain? Sure. Maybe J. M. Smucker, the maker of Kibbles and Bits dog food, will change its company name to Kibbles and Bitcoin -- and see its stock quadruple in a few days. Perhaps H&R Block will switch from tax preparation to cryptocurrencies and become H&R Blockchain so its market cap can jump by a triple-digit percentage.

If it sounds like I'm being sarcastic, it's probably because I'm being sarcastic. I can remember another time when the running joke was that a company could slap ".com" at the end of its name and see its valuation double or more. We know how that period ended, though.

Don't get me wrong. I think that the move to remake BiOptix from a bumbling biotech to a booming blockchain company was brilliant. It certainly made some investors plenty of money, including Beeghley's replacement as CEO, John O'Rourke, who made hundreds of thousands of dollars with a stock sale recently.