Jason Hall, Travis Hoium, and Rich Duprey
(TMFVelvetHammer)
Author Bio
Born and raised in the Deep South of Georgia, Jason now calls Southern California home. A Fool since 2006, he began contributing to Fool.com in 2012. Trying to invest better? Like learning about companies with great (or really bad) stories? Jason can usually be found there, cutting through the noise and trying to get to the heart of the story. Follow @TMFVelvetHammer

If you're looking to invest for growth, stocks are one of the best tools at the disposal of the average person. The key is to find great companies with strong prospects trading for reasonable prices, and hold for years. Not only is this method simpler than more active trading, it also has proven to be more profitable -- and easier -- for the vast majority of people.

With that idea in mind, three of our contributing investors think electronic-payments giant Mastercard Inc (NYSE:MA), little-known spirits maker MGP Ingredients Inc (NASDAQ:MGPI), and solar-giant SunPower Corporation (NASDAQ:SPWR) have what it takes to double your money -- or even more -- over the next 10 years. 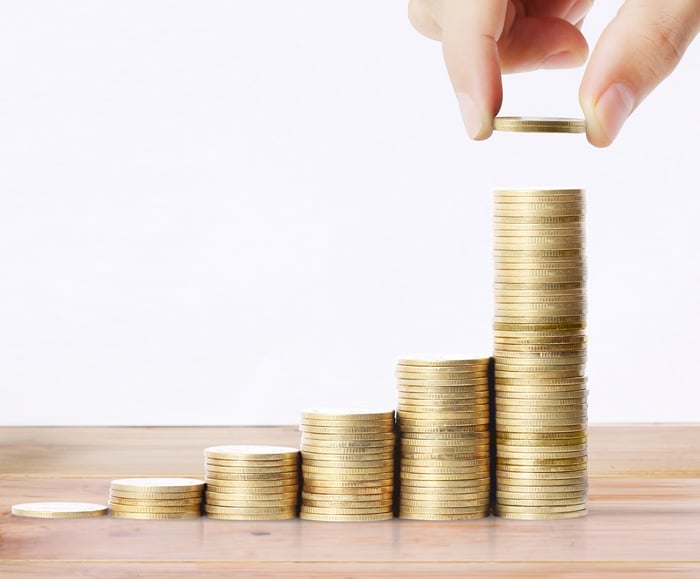 The future of money is here

Jason Hall (Mastercard): If we take it from the Great Recession's low in January 2009, Mastercard's shares have climbed a life-changing 1,120%. Anyone fortunate to buy at the very bottom would have turned every $1,000 invested into over $11,000.

But even with such strong returns over the past decade, Mastercard's future looks incredibly solid, because the world still counts on cash for lots of transactions -- though that's steadily changing. Between the growth of technology that's putting the capability to make electronic transactions in more people's hands and the explosion of the global middle class, Mastercard's next 10 years are on track to be even better than the past decade, as more and more people around the world start relying on virtual money instead of carrying cash. 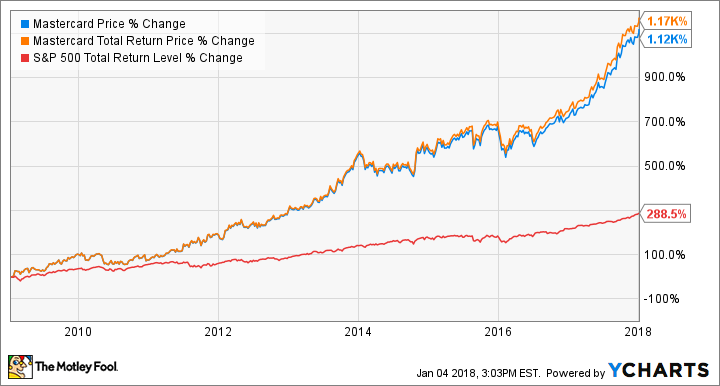 Because of this, Mastercard is likely to continue growing its earnings at a double-digit clip, with an aggressive share-buyback program turning that profit growth into mid-teens earnings-per-share growth for years to come. It may not result in another 1,000%-plus gain over the next 10 years, but the electronic-payments megatrend seems like a lock to help Mastercard at least double in value over the next decade.

One caveat: Trading for 36 times trailing earnings, Mastercard isn't cheap today. If you're looking to buy, it may be worth starting a position and adding to it over time. Nonetheless, even at the current price, I think a 10-year investment in the company will work out incredibly well.

Rich Duprey (MGP Ingredients): According to the latest data from Nielsen, the high-end spirits business now accounts for more than half of all spirits volume and almost two-thirds of sales. Importantly, spirits have grown to overtake beer as the most valuable category for on-premise sales. 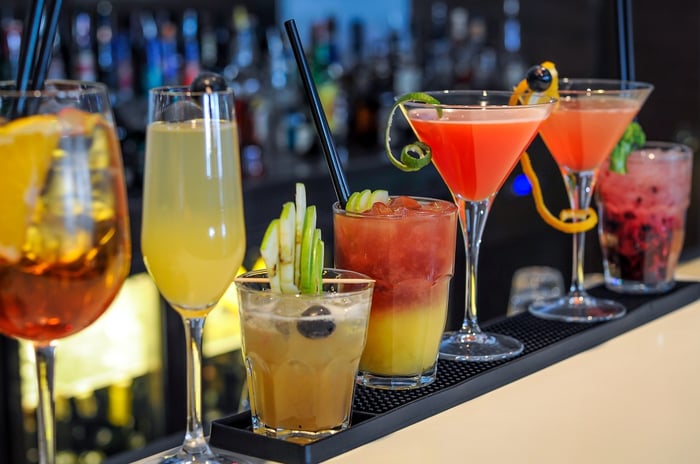 While that bodes well for distillers like Brown-Forman and Diageo, it means even more to virtually unheard of MGP Ingredients, which actually makes the spirits many big distillers sell.

MGP is a contract distiller that counts Diageo among its many clients, and it continues to grow along with the industry. Last quarter, net sales rose 8%, to $86 million, and net profits surged 48%, to $14 million, as premium spirits sales expanded. Premium alcohol accounts for almost 70% of MGP's revenues.

The contract distiller is one of the few companies that offers long-range guidance estimates, but it still anticipates its operating income will grow between 10% and 15% between 2016 and 2018. However, the company now expects it to jump to between 15% and 20% in 2019, as sales of aged-whiskey inventory become a more significant factor.

Obviously, the whims of drinkers can change, and MGP Ingredients' fortunes could always end up on skid row. But there doesn't appear to be any letup in the popularity of, and demand for, high-end spirits, and this contract distiller could double in value in 10 years time.

Travis Hoium (SunPower): One of the few areas of energy that has shown consistent growth over the past decade is solar power. In 2000, the industry installed less than 1 GW of capacity worldwide, booming to 10 GW in 2010, enough to power 1.64 million U.S. homes. This year, installations are expected to pass 100 GW, and solar power is just starting to spread to solar-intensive countries in Africa, the Middle East, and Latin America.

One of the companies leading the solar boom is SunPower, a manufacturer of high-efficiency solar panels. The company is an industry leader in distributed solar, or projects on residential or commercial rooftops, and has launched a product for utility-scale projects that will be competing for contracts with developers in developed countries.

I'm bullish on SunPower's technology lead over competitors, but also its potential value for investors. Take a look at its price-to-sales ratio compared to other energy companies ranging from commodities to manufacturing and utilities. 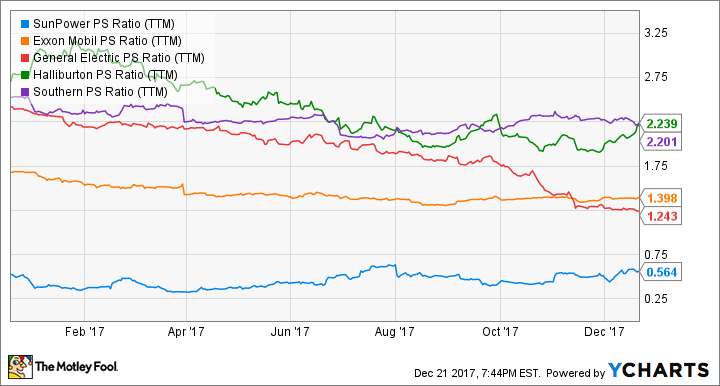 I'll note that SunPower is currently losing money as it transitions its business model from project development to component sales, but it has increased margins in the past year and looks to be on its way to profitability by the end of 2018.

If SunPower can survive the highly competitive solar market over the next few years and be a leader when the industry shakes out to a few dominant players -- something that's already happening -- it'll be in great shape to operate a very valuable business long term. And with a market cap of just $1.3 billion in an industry that could generate trillions of dollars in revenue per year, SunPower stock could easily double over the next decade.