In October, Professor Richard Thaler of the University of Chicago was awarded the Nobel Prize in Economics "for his contributions to behavioral economics." That discipline, which skewered the standard economic assumption of perfect rationality by showing that people's real-world economic decision-making is plagued by cognitive biases, is no longer just a pesky upstart in the economics firmament (Daniel Kahneman, a pioneer of behavioral economics, received the Nobel in 2002).

Richard Thaler has spent his career focused on the way people actually behave, rather than the way economists think they ought to behave. And lest you believe an academic lacks the real-world experience to speak usefully on investing, you may be interested to learn that Thaler is a partner of Fuller & Thaler Asset Management, Inc., an investment firm that seeks to capitalize on cognitive biases. Both the Fuller & Thaler Behavioral Small-Cap Equity Fund and the Undiscovered Managers Behavioral Value Fund are beating their respective benchmarks from inception.

Below, you'll find 9 quotes of his that contain some of his accumulated wisdom and can help make you a better investor. 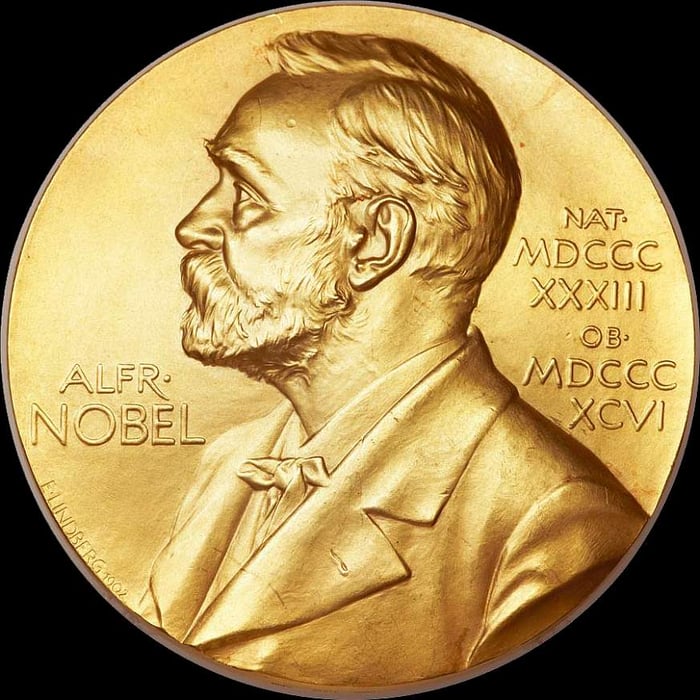 1. Closed-end mutual funds: "THERE ARE IDIOTS"

Closed-end mutual funds are a bit like stocks in that they raise a fixed amount of capital from investors through an initial public offering, with fund shares going on to trade on a stock exchange. Here's what Thaler had to say about them:

When closed-end funds are started they are usually sold by brokers, who add a hefty commission of around 7% to the sale price. But within six months, the funds typically trade at a discount of more than 10%. So the first puzzle is: why does anyone buy an asset for $107 that will predictably be worth $90 in six months? This pattern had induced [Warren Buffett's teacher and mentor] Benjamin Graham to refer to closed-end funds as "an expensive monument erected to the inertia and stupidity of stockholders." This was a more polite way of saying "THERE ARE IDIOTS," which remains the only satisfactory answer to this first puzzle.

The lesson here is to avoid closed-end mutual funds altogether -- an excellent rule for all ordinary investors.

2. The problem with incentives in the investment industry

Many people have made money selling magic potions and Ponzi schemes, but few have gotten rich selling the advice, "Don't buy that stuff."

It can be hard to find a true expert who does not have a conflict of interest. It is illogical to think that someone who is not sophisticated enough to choose a good portfolio for her retirement saving will somehow be sophisticated about searching for a financial advisor, mortgage broker, or real estate agent.

I would add "market-beating fund manager" to the list of "helpers" who are extremely difficult to pick -- another reason to consider low-cost index funds for the majority, if not all, of your investable assets.

4 and 5. On beating the market

You can [beat the market], but it is difficult.

I think it is possible to earn superior rates of return by taking advantage of the biases displayed by other investors, but it is not easy to do so. I am a principal in an asset management firm that uses this approach and has been successful, but my advice is, "Don't try this at home."

If you can't get onboard with Richard Thaler on this point, perhaps you'll listen to another investor who knows a thing or two about beating the market. In his 2013 Annual Letter to Berkshire Hathaway shareholders, Warren Buffett wrote:

The goal of the non-professional should not be to pick winners -- neither he nor his "helpers" can do that -- but should rather be to own a cross-section of businesses that in aggregate are bound to do well. A low-cost S&P 500 index fund will achieve this goal.

6. Why buying shares in a good company isn't enough

Investors must keep in mind that there's a difference between a good company and a good stock. After all, you can buy a good car but pay too much for it.

Buying a stock based solely on the quality of the company without a thought given to price is an example of what Oaktree Capital Management co-chairman Howard Marks calls "first-level thinking," which is inadequate for a stockpicker.

As Marks wrote in a 2015 memo to his investors:

7. One failing that keeps investors from achieving their goals

There are many failings that get us into trouble financially, as I describe in Misbehaving. ... The first is loss aversion. Losses have about twice the emotional impact of an equivalent gain. Fear of losses (and a tendency toward short-term thinking -- I'm sneaking in a third one here) can inhibit appropriate risk-taking.

For example, investing in the stock market has historically provided much higher returns than investing in bonds or savings accounts, but stock prices fluctuate more, producing a greater risk of losses. Loss aversion can prevent investors from taking advantage of the long-term opportunities in stocks.

As a general rule, stocks, due to their growth potential, ought to be the bedrock of a portfolio for investors who are saving for retirement. As such, investors ought to train themselves to put short-term paper losses in perspective and remain focused on achieving superior long-term gains. Being able to bear short-term losses with equanimity does not come naturally, but it can make an enormous difference in your long-term investment results.

8. The (negative) value of financial media

I always recommend that people saving for retirement -- especially those who are young enough to have a long horizon over which to invest -- should tilt their portfolios heavily toward a globally diversified portfolio of stocks, and then scrupulously avoid reading financial news articles or, even worse, watching financial news networks. Paying attention day-to-day is damaging to one's financial and emotional well-being.

One simple step investors can take to ride out short-term losses is to ignore them -- literally. The less often you consume financial media or check the value of your 401(k), the less you expose yourself to unsettling emotions that can distort rational decision-making. Reducing your regimen of financial news and data will help you increase your investing time horizon and your risk tolerance.

9. On the benefits of laziness

My lazy strategy of doing very little and buying mostly stocks, and then not paying attention, has served me well.

Thaler's "lazy strategy" is reminiscent of Berkshire Hathaway Inc. vice-chairman Charlie Munger's "sit-on-your-ass investing" style: "You're paying less to brokers, you're listening to less nonsense, and if it works, the tax system gives you an extra one, two, or three percentage points per annum."

It has been widely documented that, over the long-term, "growth" stocks tend to underperform "value" stocks because investors overpay for growth prospects. In a 2005 paper titled Overconfidence vs. Market Efficiency in the National Football League, Richard Thaler and Cade Massey documented a similar phenomenon in the NFL draft, whereby football teams systematically overvalued the right to make early picks:

We began this study with the strong intuition that teams were putting too high a value on choosing early in the draft. ... But we concede that we did not expect the findings to be as strong as those we report. Rather than a treasure, the right to pick first appears to be a curse. If picks are valued by the surplus they produce, then the first pick in the first round is the worst pick in the round, not the best. ...

We suspect that some teams have not fully come to grips with the implications of the salary cap, a relatively new innovation. Buying expensive players, even if they turn out to be great performers, imposes opportunity costs elsewhere on the roster. Spending $10 million on a star quarterback instead of $5 million on a journeyman implies having $5 million less to spend on offensive linemen to block or linebackers to tackle. Some of the successful franchises seem to understand these concepts, most notably the New England Patriots, but others do not.