Looking back on the year, 2017 should have been a fantastic year for Italian oil giant Eni (NYSE:E). Oil prices rose significantly throughout the year such that a barrel of Brent crude oil, the international benchmark price, now trades at $66. Also, the MSCI Italian Index rose 25%, an index of which Eni makes up 12%. These broader elements and some of the announcements the company made in 2017 should have made this stock incredibly attractive, but the company's shares only registered a 2.9% gain for the year.

Investors should have probably expected more this past year, so it's worth wondering if something went wrong at the company, or if perhaps investors aren't paying attention to what's going on. So, let's dig into Eni's poor stock performance to determine whether Wall Street is overlooking an opportunity. 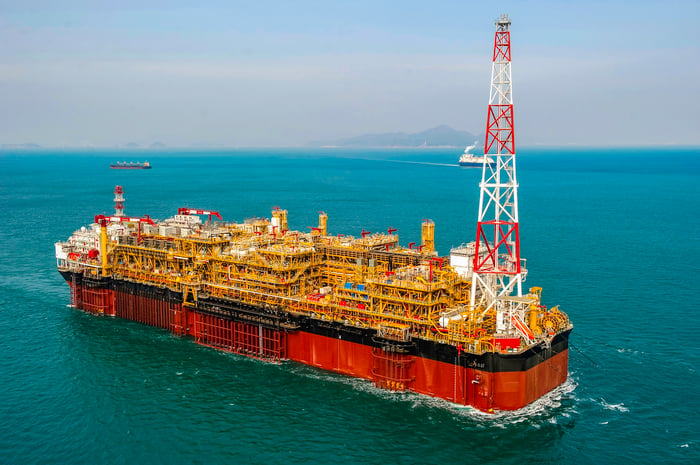 There was a lot of unrealized promise for Eni heading into 2017. The company was sitting on two incredibly lucrative natural gas finds -- one off the coast of Mozambique, and the other in the Egyptian part of the Mediterranean Sea. Another element that was so intriguing about the situation was that Eni had abnormally high working interest in these fields; companies typically have equity partners to share the cost burden. Thus, the company had an opportunity to immediately monetize these assets by selling equity stakes for development cash and still realize the upside of these giant fields.

That is exactly what happened at the end of 2016 and throughout the year. All told, it netted more than $9 billion in proceeds from selling 40% of its Zohr project in Egypt to BP and Rosneft and 55% of its Mozambique project to PetroChina and ExxonMobil. After the sales, Eni retained a 60% stake in Zohr and 25% of Mozambique. 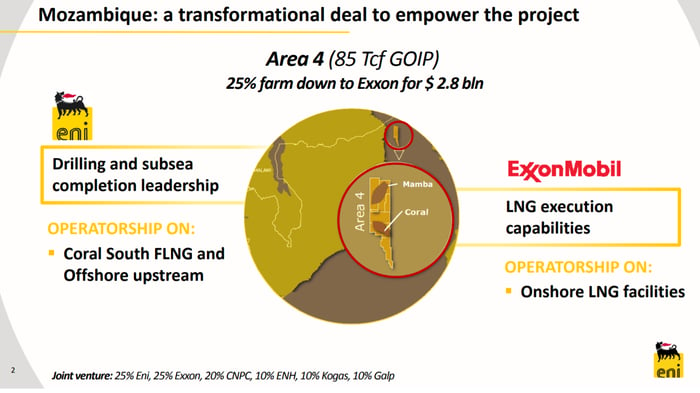 These deals were exactly what the company needed. By itself, Eni didn't have the cash flow or balance sheet strength to pull these projects off. It had already cut its dividend in 2015 to free up cash for capital spending, and it was extensively using a scrip dividend where investors get newly issued shares instead of cash. By getting partners for these projects, it got an injection of funds for its portion of the development -- and to accelerate the timetable.

On top of this success, the company had some other good news. It made a significant discovery on the Mexican side of the Gulf of Mexico that has potentially 1.4 billion barrels of oil in place. Also, the company's financials were decent as its upstream production more or less broke even, and its downstream and chemical assets performed quite well.

Despite these results, the company's stock barely moved, and it currently trades at rather attractive valuations. At 3.9 times EBITDA and a price to tangible book value below its 10-year historical average, it would appear the company offers a lot of reasons for investors to be bullish on this stock.

The fly in the tasty soup

For all of the positives last year, they didn't fully address Eni's issues with profitability. The company's gross margins were terrible in 2016, and were it not for those asset sales, this year wouldn't have been much better.

According to management, the company has been able to pay for all of its capital spending and dividend obligations at less than $42 per barrel of oil equivalent. That sounds good, but again, it includes asset sales. Looking at its organic cash flow breakeven, which excludes sales and other one-time items, Eni's cash breakeven point is a little closer to $60 a barrel today.

That isn't necessarily bad. After all, a barrel of Brent crude is at $66 today, and the current price environment doesn't suggest a crash anytime soon. However, an organic breakeven price of $60 a barrel is well above what some of its peers have reported this year. Also, Eni's operations are much more reliant on upstream production, while many others are shifting their investment strategy more toward liquefied natural gas, refining, and petrochemical manufacturing. So, if we were to experience another price crash, Eni would likely suffer more than the others. 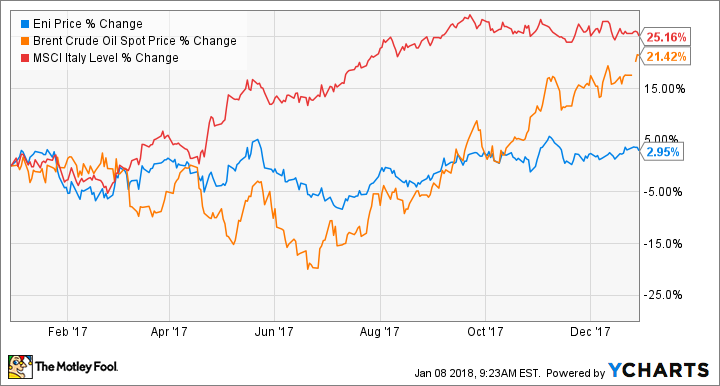 All in all, it looks like Wall Street -- or whatever street the Italian stock exchange is on -- is underestimating Eni's positives and focusing on its middling profitability and high cash breakeven costs relative to its peers. If you look beyond that, though, there a good chance this stock could do well this year. Zohr is up and running, which means an additional 170,000 barrels of oil equivalent per day of new production at its peak. On top of that, the oil and gas market continues to improve, which should help to accelerate cash generation.

If the company can deliver its other new projects as efficiently as it has executed on Zohr, then Eni's stock could be somewhat undervalued today and could be worth a second look.