Blue Apron stock appreciated 26% in December's first two trading days following a Nov. 30 announcement that its board of directors had removed co-founder Matt Salzberg from the role of CEO and appointed CFO Brad Dickerson to lead the struggling organization. In the absence of any significant news, it trended up for the remainder of the month.

However, investors should be aware that December represented the first positive month for Blue Apron since its initial public offering in late June of last year. 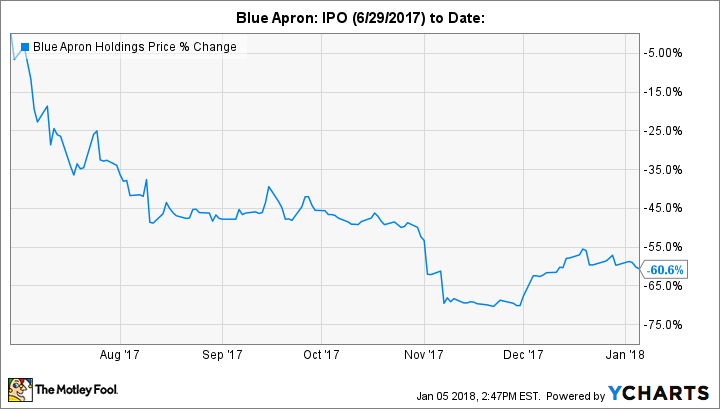 By now, shareholders are sorely familiar with Blue Apron's issues, which include operational problems during the launch of its new fulfillment center in Linden, New Jersey, a high rate of customer churn, and an extremely fast cash burn due partially to the marketing spend required to add new customers (a symptom of its retention problems).

These issues came to the fore during the company's third quarter of 2017, which it reported on in early November. Higher-than-expected opening costs in the new fulfillment center and weak sales combined to generate a loss of $87.2 million on $210.6 million in revenue.

Blue Apron executed a planned reduction in marketing spend during the third quarter to reduce its cash burn and invest in its new facility. However, a 31% year-over-year marketing expenditure decrease hit the top line more than investors anticipated. The company managed only a meager 3% revenue increase during the quarter. Disappointment led to a 37% stock pummeling in November, which is another piece of context with which December's gain should be evaluated. 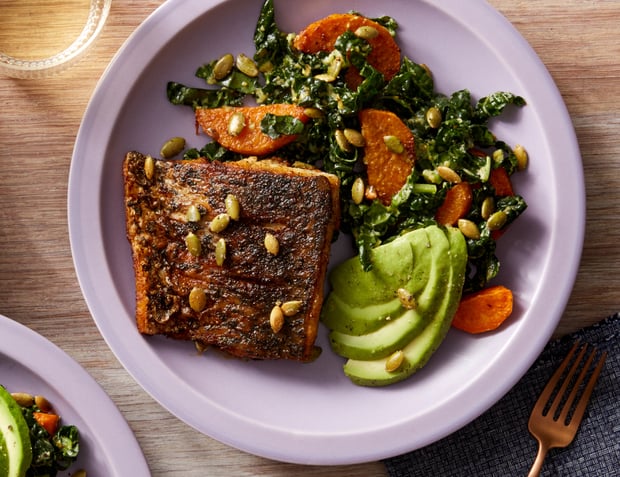 While Blue Apron has a new, internally promoted CEO with both operations and finance experience and its Linden fulfillment center is now completely online, potential investors should monitor the next few quarters of operating results carefully. As I explained in an analysis from last summer, its cash drain due to a difficult business model is a red flag, and it doesn't yet qualify as a value stock. This young company in a fresh but fiercely competitive industry needs to find a way to retain its customers before investors can justify the risk of an investment in its shares.