Shares of Kohl's Corporation (NYSE:KSS) jumped 8.7% in early Monday trading, and as of 2:20 p.m. EST are still holding onto a 5.4% gain. This comes after the company reported boffo numbers for its Christmas sales season -- and raised its guidance as a result.

As Kohl's reported this morning, same-store sales for the November-December "holiday period" increased 6.9% over the same period last year. What's more, "all lines of business and all regions reported positive comp sales," and Kohl's even managed to win a battle in the bricks-and-mortar-versus-Amazon wars -- "growth in digital demand accelerated significantly," the company said. 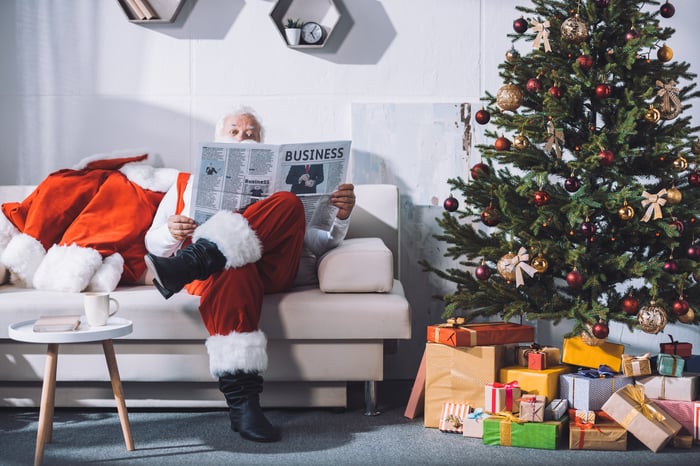 With cash registers ringing and sales jumping, Kohl's felt confident enough to raise guidance for the full fiscal year. Management says it now expects to earn anywhere from $4.10 to $4.20 per diluted share for fiscal 2017 -- 6% better than its previous expectations.

And there's even the possibility that GAAP (generally accepted accounting principles) earnings could be better than this. Kohl's noted that its new and improved guidance does not include "the impact of recent changes in federal tax legislation which are expected to have a positive impact on the Company's effective tax rate and generate a favorable non-cash tax benefit related to the re-measurement of deferred tax balances in 2017."

Thus, as good as Kohl's news already sounds, it could become even better once this new tax benefit gets figured into the results.

I first recommended that value investors consider adding Kohl's to their portfolios back in July -- and the stock's up 39% since then. But it's still not particularly expensive at a price-to-earnings ratio of just 15.2, and still paying a dividend yield of around 4.1%, twice the average on the S&P 500.

The Christmas sales may be over, but with more good news coming down the pike, I think there's still time for investors to snap up a bargain in Kohl's stock.