Shares of Elon Musk's favorite electric-car maker Tesla (NASDAQ:TSLA) are (sock) hopping today -- up 6.5% in early trading and still up 5.9% as of 1:05 p.m. EST Monday -- and no one seems 100% certain of why. Two possibilities suggest themselves, however.

First, over the weekend, Musk tweeted that he plans to "put an old school drive-in, roller skates & rock restaurant at one of the new Tesla Supercharger locations in LA." Similar to what we saw with Musk's send-a-Tesla-to-Mars tweet last month, this one brought the now-to-be-expected chorus of cheers on Twitter and is getting Tesla a fair share of free publicity as a result.

Gonna put an old school drive-in, roller skates & rock restaurant at one of the new Tesla Supercharger locations in LA

Simultaneously, Tesla got a positive mention in connection to an upgrade of Albemarle (NYSE:ALB) stock on Wall Street today, when analyst R.W. Baird upgraded shares of Albemarle as a play on lithium ion batteries. In the course of doing so, Baird noted that referred to "an ongoing ramp of Tesla's (TSLA) Model 3," says TheFly.com, which may be giving investors the impression that Baird is also bullish on Tesla stock as well. 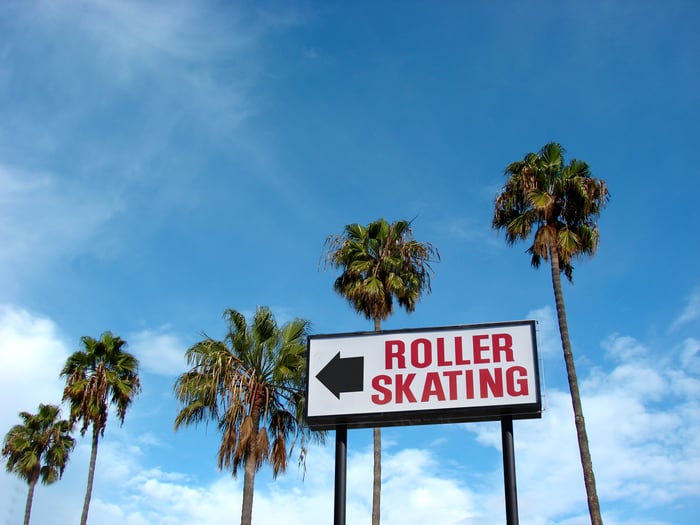 Seriously, Elon? You think this is the future of Tesla? Image source: Getty Images.

I have to say that, to my Foolish eye, neither of these events -- one corollary to Tesla's core business, and the other (the Albemarle rec) only tangential to Tesla itself -- seems like the kind of catalyst that would justify a $3.1 billion increase in Tesla's market capitalization. I mean, if Elon Musk wants to open a restaurant, that's certainly his right. Investors should keep in mind, though, the oft-cited statistic that 60% of new restaurants fold within their first year .

And as for the Albemarle upgrade, well, Baird is saying that Albemarle's success depends largely on Tesla getting its act together -- not the other way around. Investors buying Tesla today on that news may be getting things backward.

Roller skates and milkshakes aren't going to save Tesla. Getting the gremlins excised from its Model 3 production lines might. If you want to see Tesla stock really soar in 2018, that's the headline you should be looking out for -- not off-hand tweets about Elon Musk opening a roller rink.