Pfizer's (NYSE:PFE) president of worldwide research and development, Mikael Dolsten, represented the giant drugmaker at the annual J. P. Morgan (NYSE:JPM) Healthcare Conference on Monday. Dolsten's presentation consisted of only two slides, other than the standard introductory, legal disclaimer, and closing slides. And that was all he needed to emphasize the points he wanted to get across.

Really, Dolsten's message about Pfizer could be summarized in one word: productivity. He hammered home that Pfizer has increased its productivity significantly. As a result, the company's future looks brighter than its past. 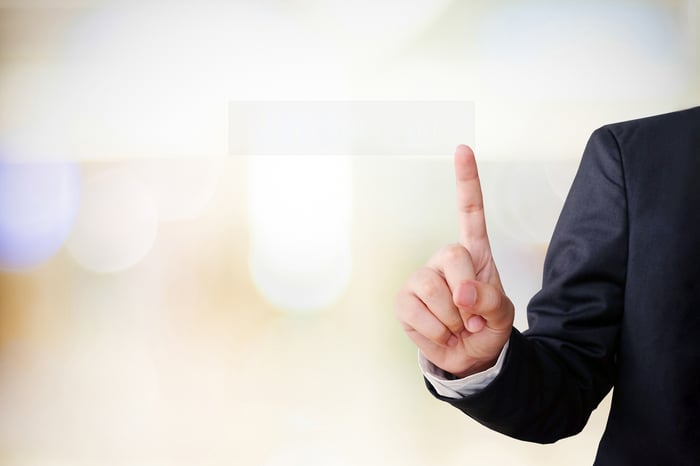 The way Dolsten sees it, Pfizer's productivity can be judged by how many blockbuster drugs it has generated. Between 2005 and 2010, the company rolled out all of two blockbuster products -- cancer drug Sutent and Prevnar 13 pneumococcal vaccine for infants.

He termed the period between 2011 and 2016 as one of "R&D transformation" for Pfizer. During this time frame, the drugmaker launched five blockbuster products. Prevnar 13 won FDA approval for treating adults ages 50 and over in 2012, for adolescents between the ages of 6 and 17 in 2013, and for adults ages 18 through 49 in 2016. The vaccine should generate sales of around $5.4 billion in 2017, making it Pfizer's top-selling product.

Pfizer and partner Bristol-Myers Squibb won the first approval for blood thinner Eliquis in 2012, with two other indications approved in 2014. Pfizer's portion of Eliquis sales should top $2.5 billion in 2017.

Rheumatoid arthritis drug Xeljanz is Pfizer's third blockbuster launched between 2011 and 2016. The drug first won approval in 2012. Xeljanz should generate over $1.3 billion in 2017 revenue.

Ibrance is one of Pfizer's fastest-growing stars. The drug gained FDA approval for treating breast cancer in 2015. Sales for Ibrance are soaring, with Pfizer on track to record revenue from the drug of more than $3.3 billion for 2017. Ibrance is projected to become the No. 5 best-selling cancer drug in the world over the next five years, with sales of more than $7 billion.

That leaves Eucrisa. The drug isn't really a blockbuster yet, though. Eucrisa won approval for treating eczema in December 2016 and won't come close to the $1 billion sales level for 2017. However, Pfizer expects the drug, which it gained from a 2016 acquisition of Anacor, to eventually make around $2 billion annually.

Over the next five years, Dolsten stated that Pfizer hopes to win approval for up to 15 potential blockbusters. Five of those possible blockbusters are in the oncology area. They include new indications for Ibrance and Xtandi, as well as combinations for Bavencio, on which Pfizer partners with German drugmaker Merck KGaA.

The future for these potential blockbusters really begins now, though -- or, at least, this year. Dolsten noted that Pfizer expects a key regulatory approval decision for one of its blockbusters that could be an even bigger winner: The FDA should make a decision on Xeljanz in treating ulcerative colitis by June 2018. Pfizer also plans to submit talazoparib for approval in 2018 for treating breast cancer and submit Xtandi for approval in treating non-metastatic castration-resistant prostate cancer.

Could deals get in the way?

Pfizer was really quiet on the business development front in 2017. However, during the company's third-quarter earnings conference call in November, executives stated that Pfizer would continue to look at acquisitions. Many expect U.S. corporate tax reform to spur the big drugmaker to make deals this year.

Dolsten didn't think the prospects for acquisitions would impede Pfizer's productivity progress. He said that "for a large company, it's important to always look at opportunities to augment or accelerate growth." The "recipe for success," according to Dolsten, was for Pfizer to move swiftly if it does make an acquisition. He pointed to Pfizer's acquisition of Anacor as an example of the company's ability to move quickly. Pfizer completed the purchase of Anacor in June 2016 and won FDA approval of Eucrisa less than six months later.

Pfizer's past deals, including acquisitions and partnerships, should help pave the way for future growth. Dolsten's optimism about the company being able to make deals and still improve productivity appears to be justified. The next five years should hold the potential for Pfizer to enjoy more success than it has over the last five years. Considering that Pfizer generated a total return of nearly 70% during the last five years, that would be good news for investors.