Last year was one CenturyLink, Inc. (NYSE:LUMN) investors would rather forget. Shares of the telecommunications company sank 30% in 2017, according to data provided by S&P Global Market Intelligence. While the company was finally able to complete its long-announced merger with Level 3, investors still harbor doubts it can continue to support its dividend, due to weakness in CenturyLink's legacy business. November was particularly painful for investors, with the stock crashing 23% during the month. 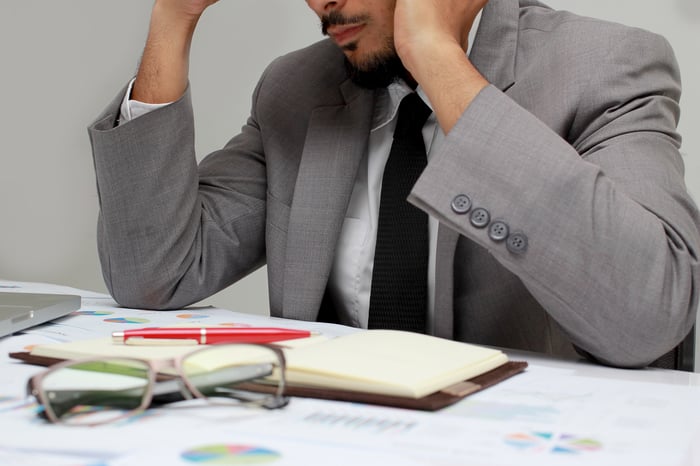 At this point, CenturyLink is a true income investment. With a dividend yield of 13%, investors can outperform the long-term market's return with no capital returns -- if the company continues to pay its dividend. In the November earnings report, it did nothing to ameliorate concerns when it reported that revenue declined 8% from the prior year and earnings per share fell a whopping 39%. Following the merger, CenturyLink's free cash flow, defined as operating cash flow minus capital expenditures, appears no longer able to service the dividend.

Level 3 reported its final stand-alone earnings report on the same day as CenturyLink, and the results are encouraging for investors. The company grew total revenue 1.3% to $2.1 billion. Additionally, Level 3 reported free cash flow of $379 million, more than CenturyLink's quarterly dividend payout. Unfortunately for shareholders, CenturyLink has issued shares to pay for the Level 3 transaction, approximately 520 million of them, which will increase the annual dividend payout by more than $1.1 billion. Level 3 guided for free cash flow of $1.1 billion to $1.6 billion in fiscal year 2017.

The key to CenturyLink's success will be a successful integration with Level 3, enough to offset CenturyLink's loss of cash flow from a deteriorating legacy business. During the third-quarter call, both CEO-in-waiting Jeff Storey and CFO Sunit Patel explicitly noted that CenturyLink's focus is to support the dividend. That will require top-notch execution, but if CenturyLink can grow its cash flow and maintain the dividend, its share price should reverse 2017's poor performance.