Shares of Novavax, Inc. (NASDAQ:NVAX), a clinical-stage biotech developing new vaccine candidates, are up 42.9% as of 1:32 p.m. EST on Wednesday. The company's presentation at this year's J.P. Morgan Healthcare Conference included an "informational analysis" of the company's lead vaccine candidate.

Respiratory syncytial virus (RSV) is a leading cause of hospitalization of infants and older adults, but investigators still haven't found a vaccine that effectively prevents the infection from spreading. Novavax stock imploded in 2016 after its RSV vaccine candidate failed to provide a protective benefit for older adults during its pivotal trial. 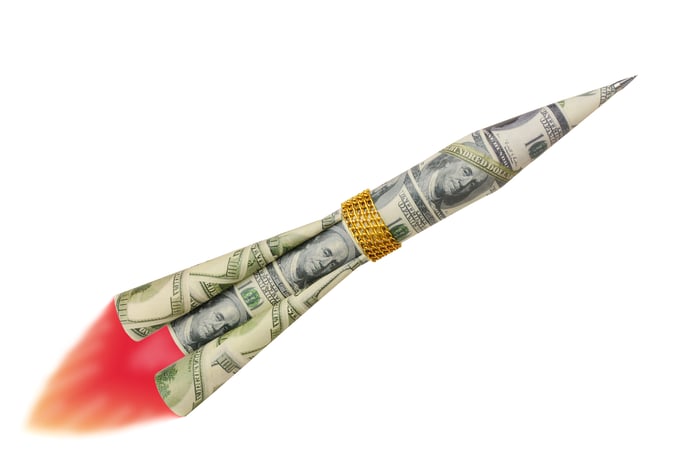 The company had already begun a second pivotal trial with pregnant women to see if the vaccine candidate can prevent the infection spreading to newborn babies. Today the stock is surging because Novavax announced that an "informational analysis" of the maternal immunization study the company ordered last month came back positive.

Specifically, the company targeted a 40% efficacy threshold against the primary endpoint at day 90. After unblinding the data, independent statisticians gave the thumbs up.

Investors should note that Novavax's RSV vaccine candidate was the first to significantly prevent infection spreading among older adults, in a mid-stage clinical trial. The success encouraged heavy investment into the pivotal trial, which failed, and the ongoing maternal study that everyone's excited about today.

Novavax blames an unusually low rate of RSV infection during the pivotal trial with older adults for the vaccine's failure, which certainly seems plausible. Although today's analysis fuels hope the company might salvage something from its RSV vaccine program, it's important to remember the interim analysis only tells us the maternal vaccination trial hasn't failed yet.

The company doesn't expect to have a planned interim analysis of the pivotal maternal immunization trial until the end of the year. If positive, complete results could be ready about a year later.