Homebuilder KB Home (NYSE:KBH) reported fourth-quarter earnings that handily beat the market's expectations. The company reported earnings per share of $0.84, significantly higher than the $0.77 that analysts had been expecting and more than double the $0.40 per share KB earned during the fourth quarter of 2016. 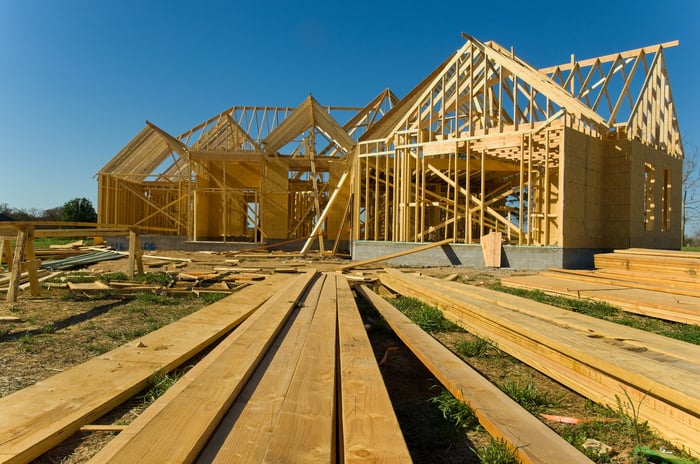 KB Home reported a strong fourth quarter all around. Revenue grew by 18% year over year, and the average selling price of one of the company's homes rose 8% to $416,500.

Furthermore, the company provided guidance on the impact of the 2018 tax changes. For 2017, KB Home's effective tax rate (combined federal and state) was 37.7%. While the company is expecting a $115 million one-time writedown in the first quarter due to the tax reform bill's impact on its deferred tax assets, KB Home expects its 2018 effective tax rate to fall to 27% -- a big reduction.

From an investor's perspective, perhaps the most important news is that the company's backlog grew by 9% and now sits at nearly $1.7 billion. KB Home currently has more than 4,400 homes in its backlog, which should keep the strong momentum going as 2018 unfolds.