Despite increasing competition from rivals such as Dollar Tree, Inc. (NASDAQ:DLTR) and retail discounter Wal-Mart Stores (NYSE:WMT) in 2017, Dollar General was able to demonstrate credible growth during the first three reported quarters of the year. Sales during the first nine months of 2017 rose nearly 9% versus the prior year, and comparable-store sales improved by 2.6%. The third quarter in particular revealed increased operating momentum, as sales expanded 11% and comps grew 4.3% versus the prior-year period.

Not surprisingly, most of Dollar General's stock gains occurred during the second half of the year, as investors grew increasingly confident of its current prospects: 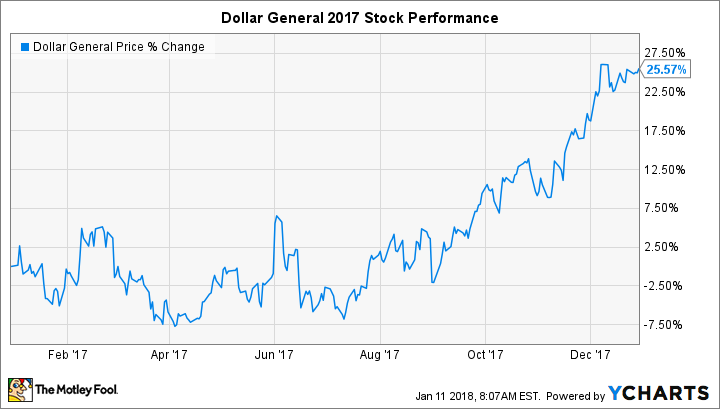 Dollar General's recent performance has been paced by a number of factors. While its price points generally fall between $1 and $10, the company gears promotions toward items priced at $5 and below, nudging customers toward products for which value perception is high. This strategy boosted traffic flows into stores in 2017.

The organization has also pursued an aggressive store expansion policy, often pushing into rural areas that are too small to attract Wal-Mart's attention. Dollar Tree's management is quite active on the real estate front. In the third quarter alone, the company completed 634 real estate transactions, between new-store openings, closings, and renovations. The organization plans to execute 2,000 real estate transactions in 2018, 900 of which will be new stores. Dollar General currently operates over 14,000 stores in 44 states.

The discount retailer has also found success in experimenting with private-label brands, borrowing a page from the grocery industry's playbook. For example, annual sales of Rexall products, a brand name the company licenses from healthcare conglomerate McKesson Corporation, recently crossed the $200 million mark.

(For those interested in learning more, I've discussed these and other success factors in a recent, more in-depth article on Dollar General's business model.) 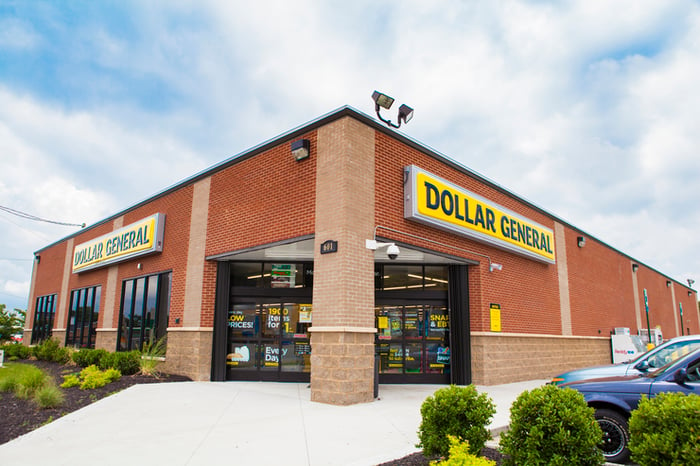 Dollar General stock has continued to appreciate in early 2018, rising another 3% less than two weeks into the new year. Investors will get a better sense of its 2018 prospects in early March, when the company is due to report earnings for Q4 2017.