Record earnings performance, specifically in the second and third quarters, paced Hortonworks' huge run in 2017. To be fair and provide some context, last year, "HDP" stock was also making up ground lost since its debut on the public markets in late 2014: 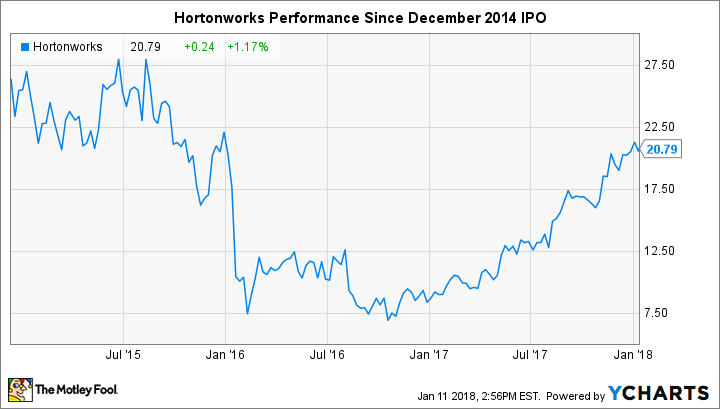 Initial investors who stuck with Hortonworks saw their holdings recover as the company posted a 42% year-over-year revenue increase in the second quarter of 2017, which it followed with a 45% revenue gain in the third quarter.

During the year, Hortonworks continued to expand its data analytics platform to multinational customers, across business disciplines as varied as the insurance, automotive, and telecom industries.

Market confidence in the company also rose midyear as it announced that a partnership with IBM would extend across its entire open-source flagship program, Hortonworks Data Platform (HDP). Aiming to sell advanced analytics and machine-learning capabilities to developers, Hortonworks is integrating HDP with IBM's Data Science Experience. During Hortonwork's third-quarter earnings conference call, CEO Robert Bearden relayed that the company has launched a new version of HDP that makes it easy for target customers to migrate their environments to the combined platform. Additionally, Bearden noted that several customers completed migration to HDP's environment in the third quarter. 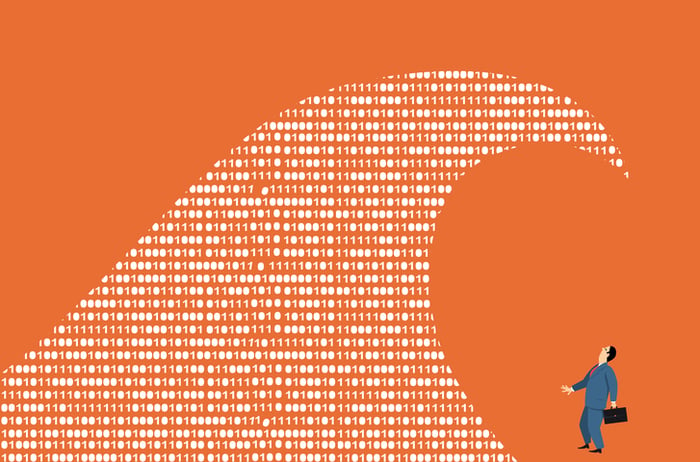 While it's not likely that the company can replicate its soaring stock performance of last year, Hortonworks stands on much more solid ground today than it did post-IPO, now counting half of the Fortune 100 as customers. For some insight into the current potential of "HDP" shares, Hortonworks investors can look forward to the company's next earnings report, slated to be released in the second week of February.