In 2017, Lumber Liquidators continued its gradual recovery from the effects of a scandal involving Chinese laminate flooring, which caused its stock to plummet from nearly $120 per share all the way to $11.50 per share between late 2014 and early 2016.

After posting admirable appreciation of 56% during the first half of the year, the company reported an extremely strong second quarter of 2017, causing Lumber Liquidators shares to pop an additional 50% in the trading week following the release of earnings on Aug. 1.

Shares would climb further in the fall, but a surprise loss in the third quarter induced significant profit-taking, leaving the company to finish 2017 with a still admirable doubling of value: 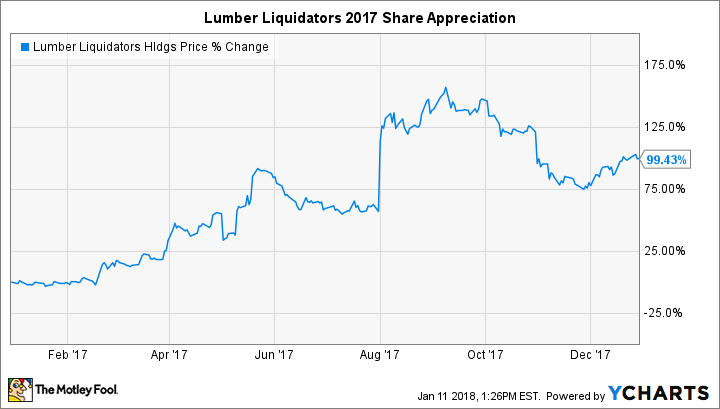 During the third quarter of 2017, revenue improved 5.4%. Comparable sales expanded by 3.8%, while gross margin rose about 450 basis points to 36% versus the prior year. Yet general and administrative expenses -- familiar culprits -- decreased overall operating margin, and the organization generated a loss of nearly $19.0 million on $257.2 million in sales.

These expenses included legal and professional fees, tied to the defense of class-action lawsuits; higher regulatory reserve fees; and impairment charges for a discontinued vertical business initiative. The additional expenses represent lingering effects of Lumber Liquidators' past compliance issues, as well as current efforts to turn its business around. 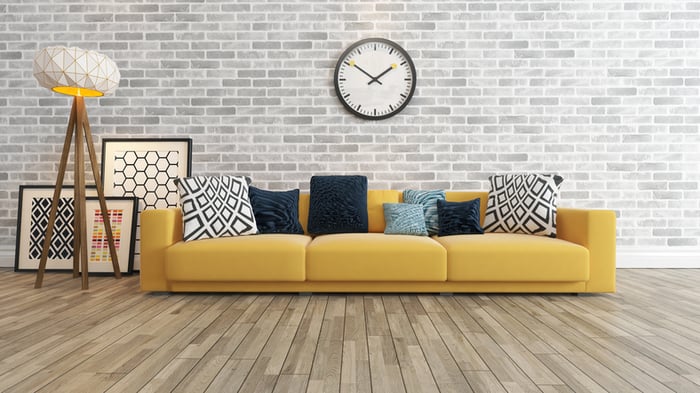 While Lumber Liquidators may remain well off its former trading levels at its current price of approximately $31 per share, the company is slowly but surely recovering its profitability. As the company reports each quarter of 2018, interested investors should try to break apart operational performance from the high administrative costs of paying for past sins. Once compliance issues are fully in the rearview mirror, Lumber Liquidators' overall profitability should increase commensurately.