Though Shake Shack (NYSE:SHAK) spent much of the past year mired in the "restaurant recession", a rally late in 2017 left shareholders with solid gains. According to data from S&P Global Market Intelligence, the better-burger chain was up 21% last year. 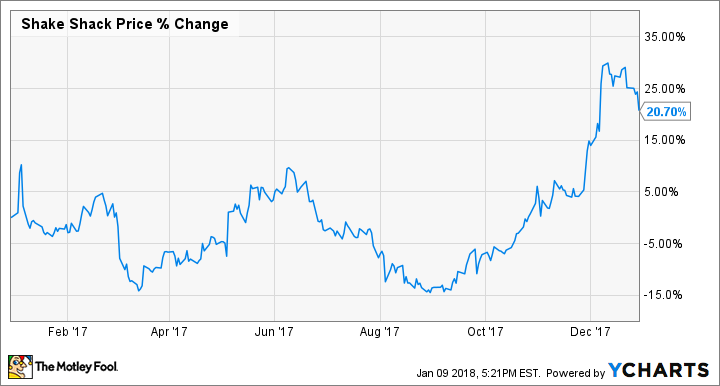 Like other restaurant chains, Shake Shack struggled to overcome falling traffic across the industry. Same-store sales declined 1.9% through the first three quarters of the year, and average weekly sales fell from $98,000 to $90,000 as the company opened more locations in smaller markets away from its high-volume base in New York City. 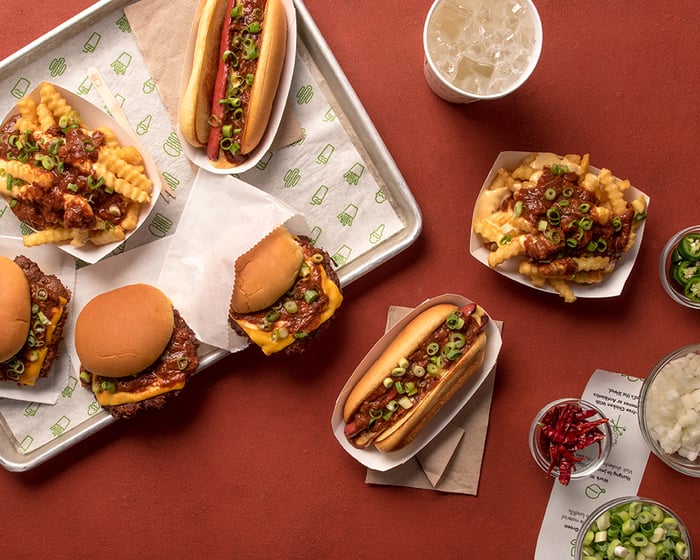 However, on a more upbeat note, the company's new store openings continue to accelerate. It opened 26 restaurants last year -- a new record -- and a whopping improvement from the projection of 10 new stores a year it gave back in its Jan. 2015 IPO. New store openings are a key metric to watch for Shake Shack investors, as the company generates higher average unit volumes than any other fast-food chain. Even as comparable sales are falling, the individual stores' performance is so strong, contributing more than $1 million in operating profit each, that the speed of new store openings may be a better predictor of growth than same-store sales.

Shake Shack's spike toward the end of the year was somewhat mysterious. The stock seemed to rise on two things: enthusiasm for the GOP tax reform plan, which promises to slash rates at the heavily taxed fast-casual chain; and on a short squeeze, as 57% of the stock is sold short. The stock's best day came on Dec. 7 when shares rose 8% on an upgrade from Morgan Stanley, which noted accelerated store openings and the potential tax reform, which has since passed.

Shake Shack shares remain expensive at a P/E above 40, and analysts continue to expect muted profit growth as labor costs are expected to grow, pinching profit margins. However, the tax law should give the company a solid boost, having estimated a 40% to 41% effective tax rate for 2017. If that figure falls 14 percentage points in 2018, that alone would deliver a 20% increase in profits.

New store openings are also expected to accelerate again to 32 to 35 new locations. While the company is vulnerable to a weak report with its valuation, it looks as if it's set up for stronger growth this year. After the recent rally, however, the stock may be ready for a breather.