Weight Watchers (NASDAQ:WW) knows few celebrities have as much of a golden touch as does Oprah Winfrey. Since taking a 10% stake in the weight-loss operator a little over two years ago, the media mogul has seen her investment grow nearly 600% as her social media posts on her weight-loss journey bring new members into the program.

Now Weight Watchers is hoping to capture lightning in a bottle twice by signing on hip-hop impresario DJ Khaled, who has his own vast following on social media, to be the company's "social media ambassador." 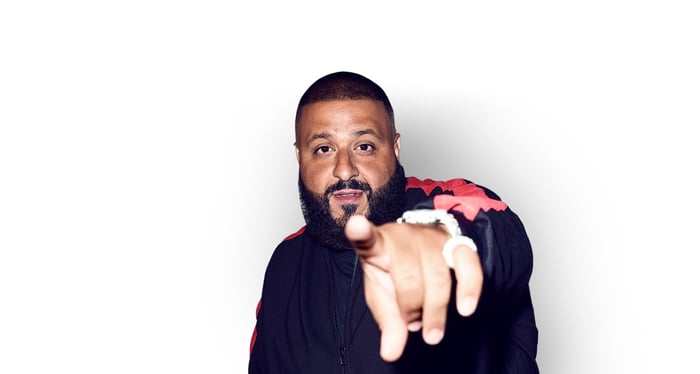 Resolving to grow its membership

The Jan. 1 announcement was strategically timed. Weight loss is always one of the top New Year's resolutions people make, and with the Weight Watchers announcement last month of its new Freestyle program, which reportedly saw better clinical weight-loss results than other Weight Watchers programs, having DJ Khaled broadcast his results on the program across social media has the potential to significantly increase membership.

Behind Weight Watchers success, however, is more than just a canny knack for picking key celebrities to endorse its products, though that doesn't hurt. Rather, it's been the weight-loss leader's ability to adjust its program to better fit consumers lifestyles while keeping the focus on eating better.

Soon after Oprah signed on, Weight Watchers switched from having members follow a strict diet regimen to one it called Beyond the Scale, which focused more on healthy living. The effect was immediate. Where active subscribers had fallen 5% at the end of 2015, they soared 10% in 2016 to over 2.6 million, and they're up another 18% over the first nine months of 2017.

In December, Weight Watchers expanded on the healthy eating, healthy lifestyle mantra by unveiling the Freestyle program. While it keeps the weight-loss program's point system that uses calories, protein, saturated fat, and sugars to determine a food's value, it expands the number of foods that have a zero value so they no longer need to be tracked.

For example, eggs, corn, fish and seafood, beans, peas, and more are now zero-point foods, whereas before they ranged from two to four points. The idea is, these are healthier options than some other foods, and people will be better off choosing them. By eliminating the need to account for these items, people will eat more of them.

According to Weight Watchers, a six-month clinical trial of the Freestyle program resulted in participants experiencing average weight loss of 7.9%. Chief Scientific Officer Gary Foster, Ph.D., said, "The results are the best we've ever seen for a Weight Watchers program in a clinical trial."

But the key seems to be getting that message out to people, and like Oprah and her social media followers, DJ Khaled has a significant number of fans. CNBC reports the music producer has 3.92 million Twitter followers, 8.9 million followers on Instagram, and his snaps get 3 million to 4 million views on Snapchat. Some 3.4 million people also like and follow his Facebook page.

The producer will document his experience and progress on the new Freestyle program on all his social media channels, which has the potential to bring in a new customer demographic to Weight Watchers. The market researchers at InfoScout say Weight Watchers members skew toward older, higher income Caucasians, while DJ Khaled should be able to attract a younger, more urban customer.

There is, of course, the risk that any high-profile dieters will fail at achieving their goal. While Oprah Winfrey's battle with weight gain and loss have been the stuff of tabloids for years, her own special brand allows her to work her magic regardless of the outcome. Others may not be so successful.

Still, by leading the way forward into new avenues with a new program, Weight Watchers has the opportunity to further increase not only its subscriber rolls, but also its top and bottom lines.