Momenta Pharmaceuticals (NASDAQ:MNTA) continued its rollercoaster ride on Friday, with shares closing up 10.1%. The move followed a 19% increase last Friday after the company reported positive data for its immune-mediated disorder drug, M281. However, the drugmaker gave the move entirely back by the middle of this week.

Part of the rollercoaster likely has to with investors' inability to value Momenta in the short term. The drugmaker is trying to gain Food and Drug Administration (FDA) approval for Glatopa 40 mg, its generic version of Teva Pharmaceutical's Copaxone 40 mg, which is stuck in regulatory limbo because of issues at a plant run by Pfizer that Momenta's marketing partner Novartis (NYSE:NVS) uses to fill the syringes with the drug. 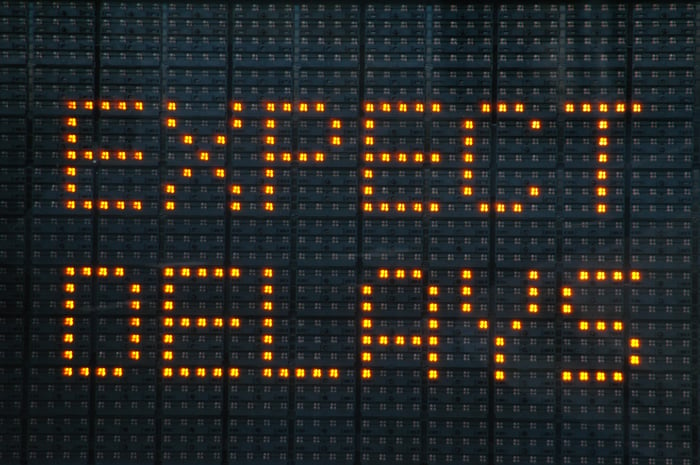 Momenta is still hoping for a launch in the first half of 2018, but Novartis is also exploring the possibility of switching to a different contract manufacturer that would allow for launching the drug in the second half of the year.

Part of the problem here is that Momenta gets its information from Novartis, which gets it from Pfizer. It's not quite as bad as a kid's game of telephone, but there are undoubtedly things that Pfizer knows that Momenta isn't allowed to tell investors.

Without knowing the relative likelihood of a first-half 2018 versus a second-half 2018 launch, or the potential for an even further delay, shares are likely to continue on a rollercoaster until the telephone call comes in that says the drug has been approved.