Chip giant Qualcomm (NASDAQ:QCOM) has updated its tender offer for every share of automotive computing expert NXP Semiconductors (NASDAQ:NXPI) again. The number of shares committed to Qualcomm's $110 all-cash offer per NXP have been dwindling in recent months, save for a slight uptick in October. What's new in early 2018? 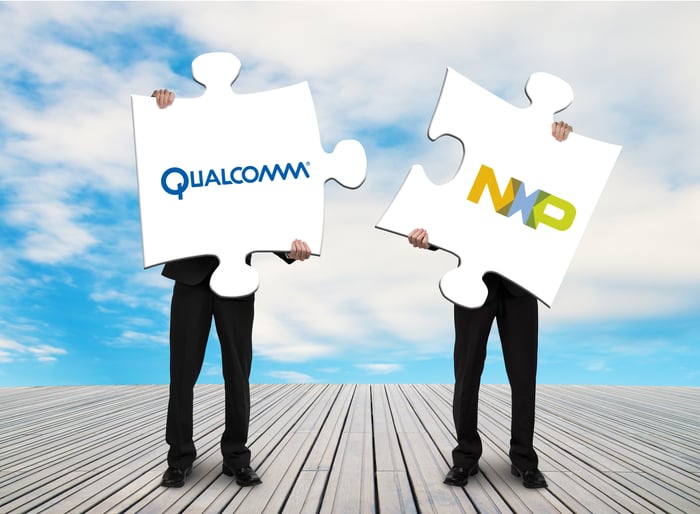 Qualcomm reported the updated numbers without any commentary or background material, a practice that started last fall. In particular, the report contained no news regarding the NXP deal's pending regulatory reviews in Europe and China. Originally planned for closing near the end of 2017, that ship has obviously sailed already. "The transaction is expected to close in early 2018," according to the press materials.

Beyond this, the only additional detail would be the fact that this extension of the tender offer will expire at the close of business on Feb. 9. I expect another extension on Feb. 10 or perhaps on the 12th because the obvious renewal date would fall on a Saturday. All of this is assuming that the deal neither closed nor collapsed before that date. 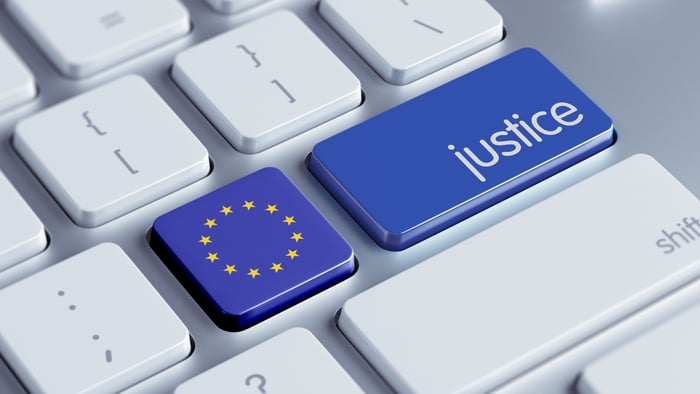 According to the Wall Street Journal, this drawn-out deal might soon come to a conclusion at long last.

Insiders told the Journal that the European Union's antitrust regulators are putting the finishing touches on a set of closing conditions for Qualcomm's buyout of NXP. As the European Commission stated when it launched an investigation of this merger last summer, the regulatory body is worried about an overly strong hold of NXP's industry-standard technologies.

Qualcomm may have to leave NXP's standards-essential patents behind, while also pledging to make sure that rival products will work with NXP's technologies after the merger. The technologies involved in these concessions would include near-field communications chips and automotive computing.

The final demands from Europe may appear as soon as next week, paving the way for Chinese and South Korean antitrust reviews to go along with that decision. Meanwhile, activist investors have demanded a larger price tag to make up for the opportunity cost of having funds locked into NXP's unmovable buyout price of $110 per share.

The lack of support for the tender offer depends on this price-boosting effort in large part and may become a larger stumbling block than those missing regulatory approvals. There's no deal until at least 80% of NXP's shareholders take part in the tender offer, and the trend has been moving in the opposite direction almost from the start.

And of course, there's no telling how Broadcom (NASDAQ:AVGO) and its $105 billion buyout offer for Qualcomm itself figures into all of the above. That's a hostile takeover attempt, complete with a whole new slate of directors submitted for Qualcomm shareholders' consideration at their annual meeting in March. Broadcom has vowed to go ahead with that effort regardless of whether Qualcomm manages to close the NXP deal or not, but talk is cheap.

So the whole Qualcomm-NXP-Broadcom drama has plenty of balls up in the air, and there's still no telling where they will land. We're certainly set for an interesting spring.