Concert Pharmaceuticals (NASDAQ:CNCE) is down more than 30% at 2:34 p.m. EST Friday after releasing both good and bad news. Unfortunately, the bad news overshadowed the relatively minor good news.

Getting the good news out of the way: Concert Pharmaceuticals announced that the FDA granted fast-track designation to CTP-543 as a treatment of moderate-to-severe alopecia areata, an autoimmune disorder that leads to patchy or complete hair loss.

Fast-track designation offers drugmakers some benefits that can speed up drug development, but it's relatively easy to get and says more about the unmet need for treating alopecia areata than it does about the potential efficacy of CTP-543. Results from the phase IIa trial in alopecia areata patients, which is currently under way, will have a bigger effect on Concert's valuation than the fast-track designation. 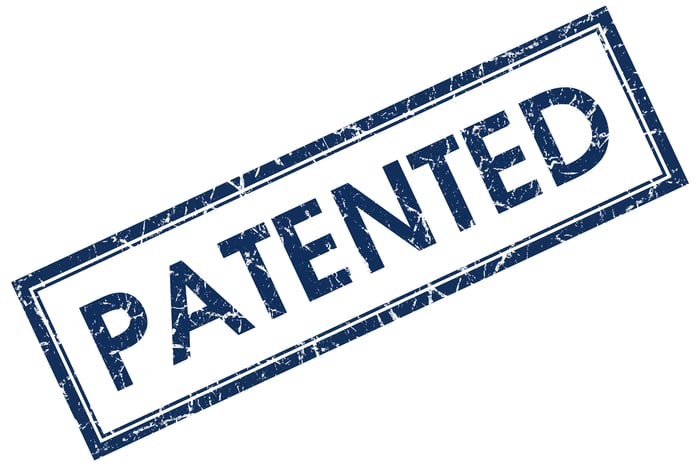 Turning to the bad news, Concert also said that the Patent Trial and Appeal Board (PTAB) of the U.S. Patent and Trademark Office decided not to grant a Post Grant Review of Concert's petition to challenge the validity of a patent assigned to Incyte Pharmaceuticals (NASDAQ:INCY) covering deuterated ruxolitinib analogs.

Concert's aforementioned CTP-543 is deuterated ruxolitinib, so it may end up infringing on Incyte's patent. Incyte sells the un-deuterated form of ruxolitinib under the brand name Jakafi as a treatment of polycythemia vera, a type of blood cancer, and myelofibrosis, a disease of the bone marrow.

This isn't the first patent disagreement raised by the two companies. Last year, Incyte filed an Inter Partes Review Petition with the PTAB to try and invalidate one of Concert's patents, but that was denied in October.

And the most recent petition denial doesn't have to be the last, either. Concert can still try to get the patent invalidated in federal court.

Roger Tung, Concert's president and CEO, said the company plans to continue development of CTP-543 for alopecia areata, but that the company was "reassessing whether to expand CTP-543 into additional indications," which is likely the reason for today's decline.

At this point, the simplest solution for Concert to get the most of CTP-543 might be to stop fighting with Incyte and do what it did with Vertex Pharmaceuticals, making a potential adversary into an ally by selling CTP-656, its deuterated form of Vertex's Kalydeco, to the cystic fibrosis specialist.

Editor's note: A previous version of this article incorrectly characterized the nature of the past patent dispute between Concert and Incyte. The author and the Fool regret the error.