Electronic Arts Inc. (NASDAQ:EA) stock climbed 33.4% in 2017, according to data provided by S&P Global Market Intelligence. Growth for digital game downloads and in-game purchases boosted the company's margins, and a rosier outlook for the video game industry at large also helped push shares to market-beating gains. However, the stocks gains last year would likely have been even more impressive if not for a controversy impacting the performance of one of its key releases. 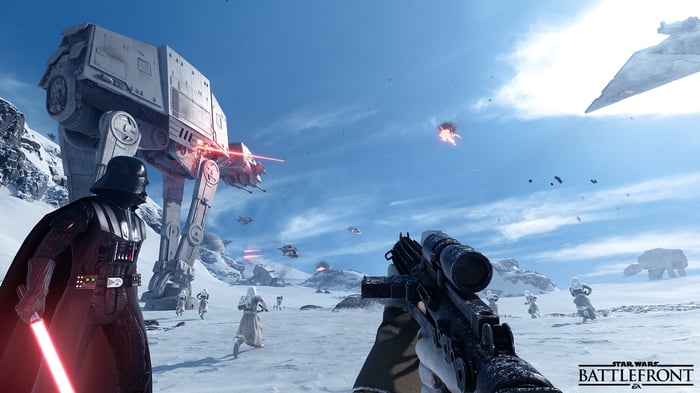 The company's most explosive stock growth arrived in May following strong results for the last quarter of its 2017 fiscal year, with sales up 17% year over year and operating income up 34%. Shares rose roughly 20% in the month. 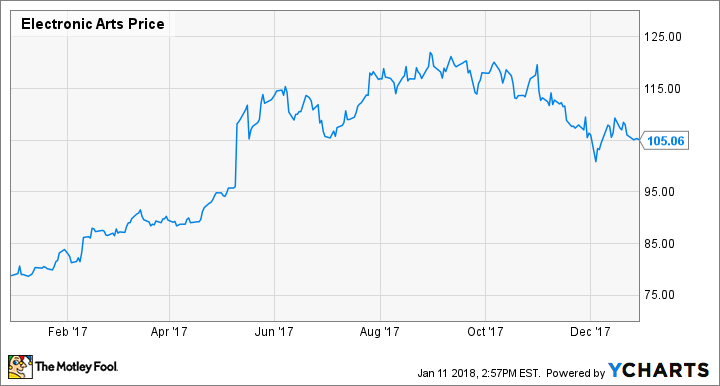 EA stock saw another month of very strong performance in July as anticipation for some of the company's big releases and expectations of strong quarterly results pushed shares higher. Shares hit their 2017 high point in August and declined near the end of the year due to a weaker-than-expected launch for Star Wars Battlefront II and a quarterly earnings release that arrived with a downward sales target revision for the fiscal year.

Star Wars Battlefront II generated controversy due to it being difficult to unlock characters and items without spending more money through in-game purchases. Sales tracking indicates that the game, which hit U.S. shelves on Nov. 17, underperformed expectations, and it's likely that fan disappointment and media coverage related to the microtransactions controversy impacted sales. However, the stock still managed to outperform the broader market despite ending the year with a disappointing reception for one of its big releases.

EA's stock growth in 2017 lagged that of chief rivals Activision Blizzard and Take-Two Interactive, but it has promising performance catalysts ahead. The publisher is on track to continue benefiting from the growth of high-margin digital sales and still has a long runway for revenue and earnings expansions thanks to more people playing video games, strong growth for mobile games, and emerging categories like esports and mixed reality.

With shares trading at roughly 25 times forward earnings estimates, EA looks like one of the cheaper stocks in the video game space and has the potential to deliver strong returns over the long term.