Shares of Twitter, Inc. (NYSE:TWTR) bounced back in 2017 as the company's turnaround seemed to come into focus and yield results, especially toward the end of the year. According to data from S&P Global Market Intelligence, the stock finished 2017 up 47%.

As the chart below shows, the stock moved up and down several times, but surged toward the end of the year on hopes for its first GAAP profit. 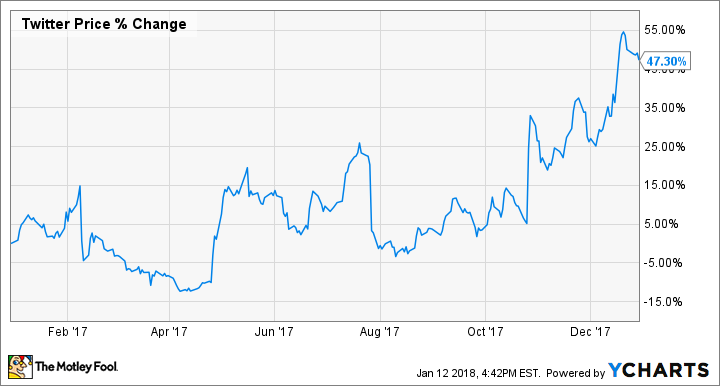 Twitter limped into 2017, trading near all-time lows, as the stock has been a huge disappointment since its 2013 IPO. However, the company got a gift toward the end of 2016 -- the election of Donald Trump. As president, Trump has relied on Twitter as a direct line of communication to Americans, exemplifying the utility of the platform and drawing an audience and added engagement to the medium. 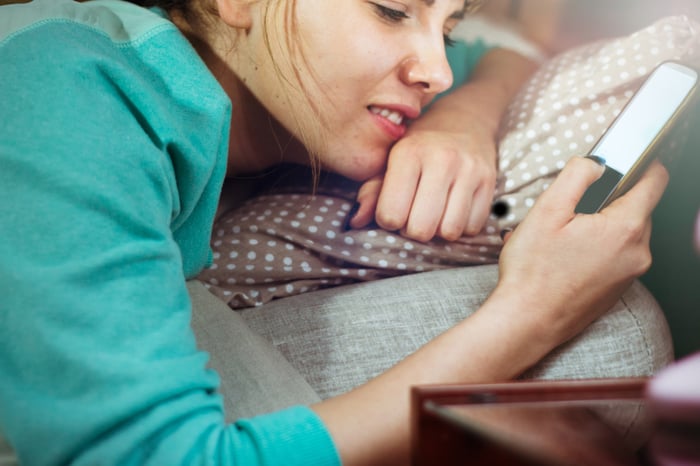 Despite that assist, Twitter stock still drooped during the first months of the year. Shares plunged in February as the company posted disappointing fourth-quarter results, with revenue growing just 1%, to $717 million, significantly missing estimates at $740 million. Ad spending continued to lag audience growth.

However, its encore performance was stronger, as shares jumped more than 25% over a weeklong span after it turned in its first-quarter results in late April. Twitter reported strong daily average user growth (DAU), saying that DAUs were up 14% year over year, and that they had accelerated in every quarter for the last year.

The stock then gave back much of those gains in its second quarter, as shares fell 14%, when the company said monthly average user growth was flat from the previous quarter. However, the stock surged after an impressive third-quarter report in October, when management predicted it would generate its first GAAP profit ever in the upcoming fourth quarter. User engagement growth was also strong as it has been throughout the year. A pair of upgrades sent the stock higher in December.

Twitter is clearly getting better, as the company has jettisoned unnecessary products and worked to improve engagement. It's also benefited from increased interest in the news cycle, as have newspapers, which saw a spike in subscriptions following the election.

Going into 2018, the company looks set to reach GAAP profitability for the first time, but there are still issues to fix -- like falling cost per engagement and declining revenue. While Twitter is far from a sure thing at this point, the stock certainly earned its gains last year.