One of Facebook (FB 0.96%) CEO Mark Zuckerberg's goals for 2018 is "to make sure time spent on Facebook is time well spent."

To that end, the company recently announced changes to its news feed -- the never-ending thing Americans spend 25 minutes per day or so scrolling through. "I'm changing the goal I give our product teams from focusing on helping you find relevant content to helping you have more meaningful social interactions," Zuck wrote in a post announcing the changes.

Those changes mean fewer posts from businesses and publications, and more posts from friends and family. The goal is to get people interacting with other users more often instead of passively consuming media.

A decline in engagement doesn't sound good for investors, and indeed Wall Street pummeled the stock following the announcement. But the changes may ultimately prove beneficial for both Facebook's users and its investors. 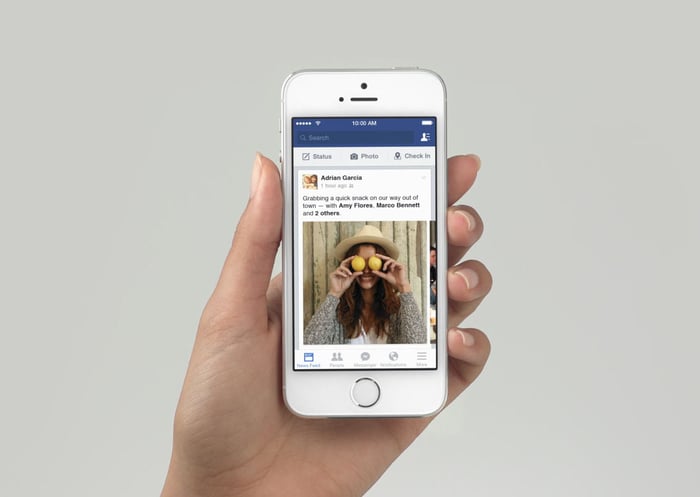 When Mark Zuckerberg says "engagement will go down," investors read "ad impressions will go down."

CFO Dave Wehner has already made it explicitly clear there's no more room in news feed for Facebook to show more ads. But one of the ways Facebook could still drive higher ad revenue is to increase the amount of time spent on Facebook, thus increasing the number of chances users have to see ads.

Facebook had been doing just that. As recently as the second-quarter earnings call, Wehner told investors, "We continue to see growth in time spent per DAU across the Facebook family of app," which topped 50 minutes per day back in 2016.

But the new algorithm could put an end to that trend.

On the other hand, the update will supposedly put less emphasis on videos from publishers and Pages that had "a cannibalistic effect of sort" on time spent on Facebook. And time spent watching videos meant less time scrolling and fewer ad impressions. That trend was very noticeable in Facebook's third-quarter earnings report, when ad impression growth fell below user growth. Fewer videos in the feed could offset lower engagement levels.

The changes may provide a benefit to Facebook's advertisers. While publishers' and businesses' organic reach will decline with the algorithm update, that means the content users do see from businesses (organic or paid) could have a much bigger impact.

Instead of a feed full of updates from media companies (or that clothing store you followed for a discount one time), the future news feed should be full of content you find engaging. So, when you see a sponsored post, you'll at least notice it more if not engage with it more. That's an increase in value for advertisers.

Advertisers are already showing a willingness to spend more on Facebook ads. The average price per impression climbed 35% last quarter. That's because Facebook ads currently produce some of the best returns on investment compared to competing social platforms. If users pay more attention to advertisements in their feeds following the upcoming changes, those returns may improve further, prompting advertisers to pay even more per impression.

On top of that, lower organic reach may prompt some businesses to buy more advertising on Facebook. That increase in demand ought to translate into higher average ad prices as supply remains relatively stable.

While Facebook is certainly taking a risky move by changing up the core element of its flagship product, it doesn't seem like it will have as big of a negative impact in the short term as many investors are worried about. The long-term positives of providing a more unique and relevant product could result in better user retention and keep users coming back more often.

Overall, the changes should produce a net positive for both users and investors.