The title is a bit hyperbolic. There are lots of reasons to sell a stock -- because it becomes too big in your portfolio, significant changes in the thesis, or simply because you need the money. The important thing is that you enter an investment with the intention to never sell. That mindset alone can make a world of difference over the long run.

Baidu (NASDAQ:BIDU) -- parent company of China's dominant search engine -- is currently my fourth-largest holding, comprising 7% of my real-life portfolio. Though it hasn't always been a smooth ride, I have no intention of selling any of my shares. These are my 10 big reasons why. 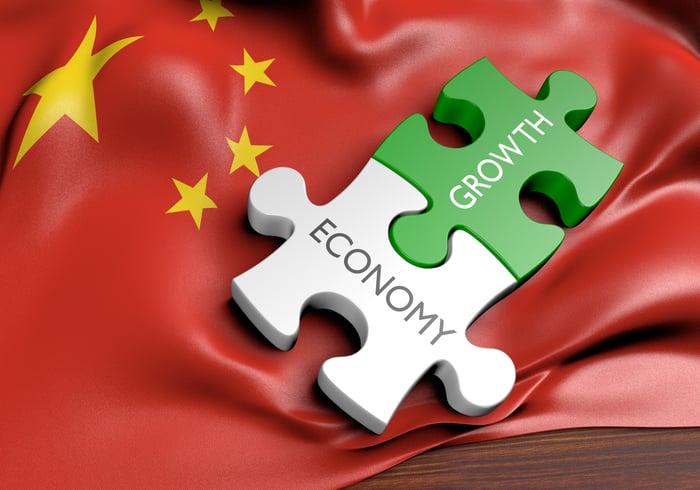 The demographics of China are a big reason to be excited about Baidu. Image source: Getty Images

1. The most important thing

As an investor, the biggest bang for your due diligence buck comes from investigating a company's mission statement. It takes all of two minutes, and there are three characteristics worth looking for.

To provide the best and most equitable way for people to find what they're looking for.

This has the three characteristics I look for in a mission statement: it is simple enough to help guide any employee's decisions, there are lots of different potential ways for Baidu to fulfill this mission, and it is inspirational.

2. Founder-led companies are a good thing

A study out of Purdue's Krannert School of Management showed that founder-led companies tend to be more innovative (as measured by the number of patents obtained) and financially successful.

CEO and founder Robin Li has been at the helm ever since the company was founded back in 2000.

3. Robin Li has his skin in the game

More than just having a founder at the helm, it's encouraging to see one who has his/her skin in the game via stock ownership. When the person calling the shots owns a large piece of the company, you can rest assured that (1) their interests are aligned with your own, and (2) they will have influence over the board and other management in choosing long-term dominance over short-term concerns.

As of the company's last annual report, Li owned 16.1% of all shares outstanding, worth roughly $13.9 billion at today's prices.

4. China's demographics are changing in the company's favor

It's important to remember that China's population is over four times the size of America's, and yet Internet penetration still sits at 53%. Of those who are using the Internet, 95% use mobile devices to do so.

Hundreds of millions of people have just joined the "connected class" of the world, and roughly 600 million will soon follow. When you combine this with the fact that China's middle class is growing by leaps and bounds, it gives you an idea of the opportunity at Baidu.

While rural China will likely remain poor, the same can't be said for urban centers. According to a McKinsey & Company report, the shifts will be monumental by 2022. 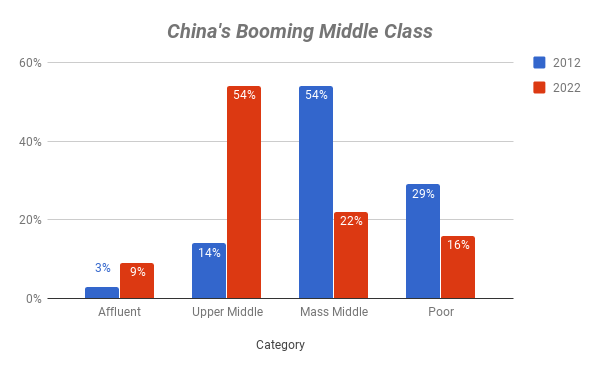 5. Baidu is the dominant player in search

If I told you that Baidu owned 70.7% of China's search market, I would hope you'd be excited about that. But that alone isn't the most impressive stat. Instead, we should focus on the fact that the company owns 73.9% of the mobile search market according to Statcounter.

While investors need to keep an eye on Alibaba's Shenma search engine, which has a 20% share, such a lead is crucial. As we saw above, 95% of Chinese citizens access the Internet via their mobile devices. This means the vast majority are searching on Baidu, allowing the company to collect gobs of data that it can then use to offer up targeted advertising that no other company can compete with.

6. Mistakes of the past have made the company stronger

Speaking of advertising, it's important to note that -- much like its international counterpart Google -- Baidu generates the vast majority of its revenue from selling advertising space. During the third quarter of 2017, it accounted for 86% of all sales.

The past year was a tough one for the division, as the Chinese government came down hard on Baidu for allowing questionable medical advertisements on its site that led to a student's death. Fortunately, management seems to have learned a lesson from the ordeal: it restructured how it offers advertising, and has turned a corner to stem the losses. 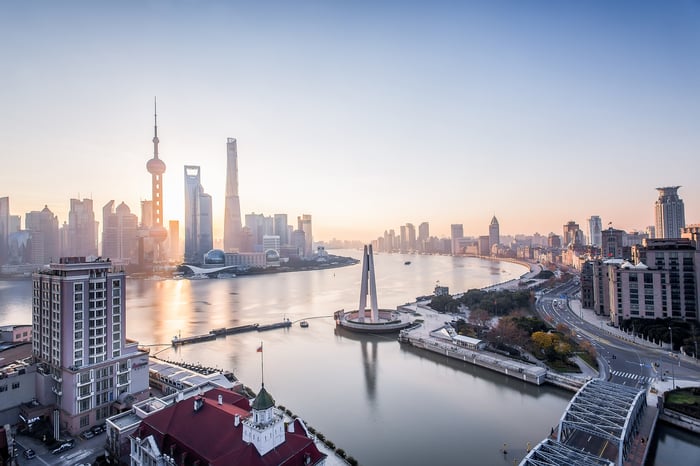 7. There's a growing ecosystem of services

But it doesn't end with "just" search. Baidu has a bevy of consumer facing products that help the company both become an integral part of the average Chinese citizen's day and also continue collecting lots of data. The company offers Baidu Maps, transaction services, cloud storage services, and a news-feed service, to name a few popular applications.

But the promise of other big bets the company is making don't end there. The major focus outside of search -- for now -- is artificial intelligence. Baidu is currently leading the charge for self-driving cars in China, while its personal assistant -- dubbed Little Fish and running on the company's DuerOS -- is gaining traction as well.

Not all of the company's efforts outside of search need to be big hits. All it takes is one or two popular services over the next decade to add to Baidu's already-meaningful moat.

9. The company has financial fortitude

Of course, a company can only safely afford to experiment with such ideas if it has enough financial fortitude to provide a safety net. Even in the face of declining advertising dollars over the past year, the company still has a fortress-like balance sheet.

Currently, it has $20 billion in cash and investments versus just $5.6 billion in long-term debt and notes payable. Over the past twelve months, Baidu has generated $3.7 billion in free cash flow.

Finally, though it might seem counter-intuitive thanks to our inherent anchoring bias, I think it's wise to invest in stocks that have a long-term record of out-performance. That's because there's only one real way for a stock to do well over the long-run: to create outstanding value for those it serves.

So there you have it: 10 reasons why I think you should buy -- with the intent to never sell -- shares of Baidu for your own personal portfolio. My skin is firmly in the game. Is yours?