You can't please all of the people all of the time. GameStop's (NYSE:GME) holiday sales update this week was a case of a retailer meeting management's expectations while falling short of the higher hopes that investors had assigned to the business.

Comparable-store sales growth shot up to a 12% pace during the critical holiday shopping season to mark a big improvement over the 2% rate GameStop had managed in each of the last three quarters. The boost was driven by surging demand for popular new gaming devices like the Nintendo Switch and Xbox One X and a packed calendar of software releases that sent new video-game sales up 7%. Gains in these segments more than offset the 8% slump the company recorded in its pre-owned game segment. 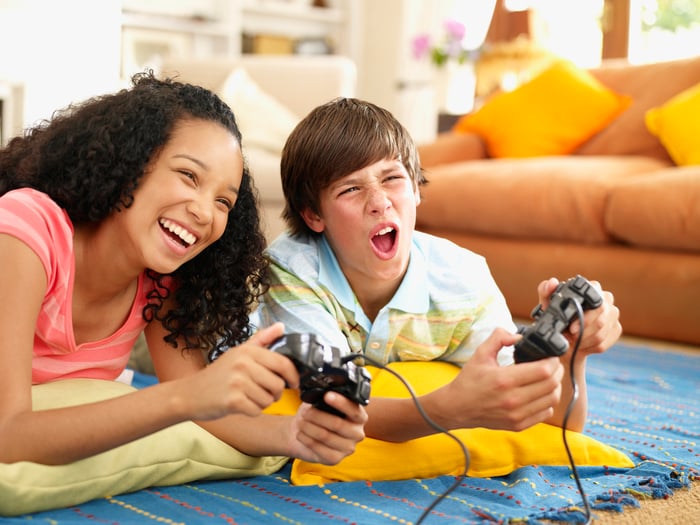 They also kept GameStop right on pace to expand comps by about 5% for the full 2017 fiscal year in what's turning out to be a sharp rebound from the prior year's 11% decline. Management in late November boosted its sales growth guidance, and this week's holiday update delivered on those expectations of improved operating trends.

GameStop's update didn't include details on profitability, but it's likely that its margins shrank. The fastest-growing product segment was new video-game hardware, which is by far its least profitable. In the third quarter, for example, this division delivered just 11.9% gross margin compared to the retailer's broader margin of 35% of sales.

At the same time, the pre-owned gaming segment shrank by 8% -- a worsening from the prior quarter's 2.4% slump -- and that unit is responsible for much of GameStop's earnings power, having delivered gross margin of 44% of sales last quarter. Finally, in the press release, management referenced price cuts, or in their words, "strategically targeted promotions," as key support for the increased customer traffic over the holidays. 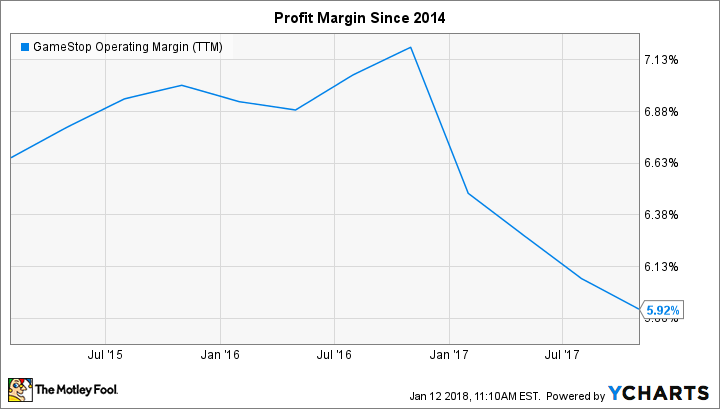 GameStop's new business lines were a mixed bag. The collectibles unit saw healthy sales growth, while the technology brands division retreated due to limited supply of Apple's flagship smartphone. Executives warned investors back in November that holiday results would be "highly dependent" on the availability of the iPhone X, and apparently, GameStop couldn't get its hands on enough units, so sales fell 19% in the tech brands line.

Management still believes this consumer tech business will produce adjusted earnings of between $75 million and $90 million, which would mark a positive step in their plan to diversify away from the shrinking physical video-game market. That also means GameStop's overall 2017 earnings will be right within previous guidance, touching $3.25 per share compared to the prior year's $3.40 per share result.

Thus, income investors don't have to worry about a surprise dividend cut since the payout is on track to account for less than half of annual profits.

The bigger picture takeaway is that GameStop is giving up profitability as its sales mix shifts away from the lucrative buy-sell-trade model that it built its retailing empire upon. Yet these results also demonstrate that the change doesn't have to mean collapsing revenue or a transition period that's marked by net losses. Instead, GameStop is on pace for improving sales and only a modest earnings decline in fiscal 2017.