If you've been following the electric-vehicle (EV) space, the 48.6% surge in Albemarle (NYSE:ALB) shares in 2017 shouldn't come as a surprise. Albemarle, after all, is the world's largest manufacturer of lithium, a chemical element used to manufacture lithium-ion batteries that go into EVs. Yet Albemarle shares lost substantial ground as 2017 drew to a close, even as shares of the company's closest competitor, Sociedad Quimica Y Minera de Chile (NYSE:SQM), continued to rise. In fact, Albemarle's gains pale in light of SQM's 100%-plus gains in 2017. Here's what happened.

From an operational standpoint, Albemarle fired on all cylinders in 2017. For the nine months ended Sept. 30, the company reported 11.8% growth in revenue and a more than sixfold jump in net income. On an adjusted basis, Albemarle's net income from continuing operations grew 16% during the period.

What should really matter to investors, though, is that it's lithium that's driving Albemarle's growth, much like what's happening with SQM. As fellow Fool Maxx Chatsko points out, Albemarle's lithium and advanced materials segment was the largest contributor to the growth in its top and bottom lines, thanks to the dramatic surge in sales volumes and prices of lithium. The segment made up 45.5% of the company's total sales during the nine months, up roughly 3 percentage points from the year-ago period. 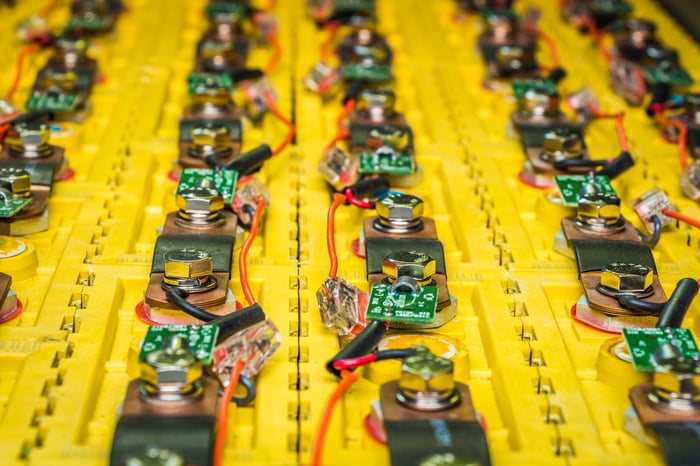 So why did Albemarle shares pull back in the past couple of months in 2017 to give up 10% of their gains? Let's just say the market was simply taking some profits off the table after the dizzying run-up in lithium stocks, as it wasn't just Albemarle -- SQM also lost ground around the same time. Investors in SQM, however, had other reasons to bid the stock up again in December. As for Albemarle, the company upgraded its full-year guidance in November, so profit booking appears to be the only reason the stock cooled a bit.

Albemarle's foothold in the lithium industry makes it the best lithium stock to invest in. The company is aggressively expanding its production capacity and targeting 7%-10% growth in sales in the long run. With Albemarle projecting 12% growth in sales and a 25% jump in adjusted earnings per share for fiscal 2017, I wouldn't be surprised if the stock maintains its momentum.