The tech industry is filled with companies that are making huge bets on new endeavors like artificial intelligence, driverless cars, augmented reality, and other attention-grabbing ideas. Income investors looking for stability can sometimes be put off by tech companies and their pursuit of the next big thing.

But the technology sector actually has a lot to offer dividend investors, and the companies' yields can often be very generous. Cases in point are Garmin (NYSE:GRMN), Seagate Technology (NASDAQ:STX), and Cisco Systems (NASDAQ:CSCO). These companies are firmly established in the technology sector, and each is paying their shareholders well, so let's take a closer look at each company. 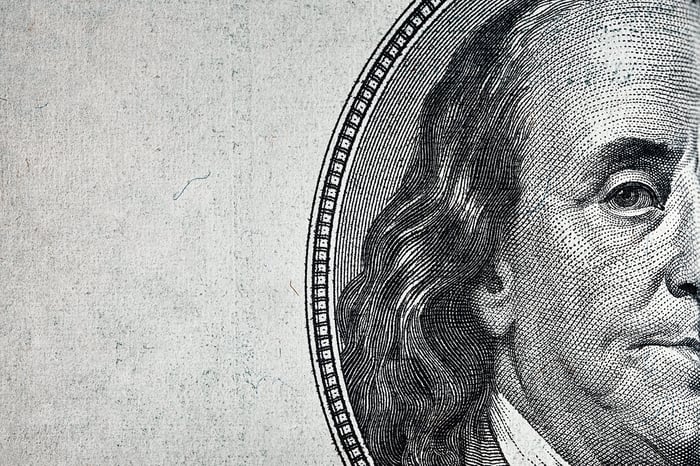 Jeremy Bowman (Garmin): Finding high-yield tech stocks is no easy business as the industry tends be filled with riskier high-growth plays, but one stock that fits the bill is Garmin. The gadget-maker, best known for its GPS and fitness-tracking devices, was written off by the investing world once the iPhone boomed as consumers no longer needed stand-alone GPS devices, but the company has successfully pivoted to more technical and specific niches targeting areas like golf, fishing, and aviation.

The navigation specialist has also been a solid dividend payer along the way and now offers a yield of 3.4%. Shares have nearly doubled over the last two years, and the stock gained 23% last year on better-than-expected sales and profit growth. In the most recent quarter, total revenue increased only 3% as the auto segment continues to shrink and fitness has been challenged lately. However, 31% sales growth in the outdoor category propelled gross margin up 220 basis points, leading to an 18% increase in GAAP EPS to $0.78.

Garmin has a solid streak of topping analyst estimates as it's beaten the experts' view in each of the last eight quarters.  Considering the company just raised its full-year guidance in November, it could be set for significant growth next year, though analysts are only expecting a modest uptick in EPS around 3%.

Dividend investors should note that Garmin hasn't raised its quarterly payout since 2015, but that could change if profits continue to grow. The company's payout ratio is 70% based on this year's adjusted expected earnings, so a modest increase in the dividend could be in investors' future.

Boost your savings with this memory maker

As memory demand shifts from consumer electronics, such as PCs, to enterprises, data-intense trends like artificial intelligence and the Internet of Things will cause memory demand to climb tenfold between 2016 and 2025, according to IDC. SSD's will benefit most, but high-capacity hard drives won't be left totally out in the cold, and that fact may be under-appreciated by Wall Street. Preliminary Q2 2018 sales of $2.9 billion outpaced analyst expectations of $2.75 billion, and Q1 2018 revenue of $2.63 billion was $110 million better than expected.

Seagate's cost-cutting may similarly be underappreciated. Seagate hasn't revealed official non-GAAP EPS for Q2 2018 yet, but it did say that non-GAAP operating expenses were $390 million in fiscal Q2 2018, down from $408 million in Q1 2018. Job cuts announced in December will save it another $65 million per year, too.

One knock against Seagate is that it's returning more money to investors than it's generating in cash. In Q1 2018, operating cash flow was $237 million, yet it spent $184 million on dividends and $166 million on share buybacks.

We'll need to keep an eye on that, but I'm not too worried yet because sales are falling more slowly, and cost cuts are happening more quickly than expected. Plus, the company has $2.6 billion in cash and equivalents as a backstop, and it's investing in SSDs, which could help offset some HDD weakness in the future.

Admittedly, SSDs are a small part of its business, but sales are growing quickly. Non-HDD sales were $242 million in fiscal Q1, up 30% quarter over quarter and 17% year over year. Its decision last fall to join a consortium to acquire Toshiba Memory Corporation has secured it a long-term supply of NAND memory at favorable costs that strengthen its SSD position, too.

Overall, I don't think Seagate's future is as dim as others, and if I'm right, then buying it for its high dividend yield could be smart.

A tech giant planning for the future

Chris Neiger (Cisco): There's a lot to like about Cisco for income investors. The company has a forward dividend yield of 2.91%, a reasonable payout ratio of 58.5%, and the company has increased its dividend for the past six consecutive years.

Cisco is in the middle of technological upheaval at the moment, as the company moves away from its longtime business of selling router and switches hardware and moves to more recurring revenue from software. That's resulted in some revenue declines -- most recently a 2% year-over-year drop in the fiscal first quarter of 2018, but there's still lots of potential for the company.

The tech giant made eight acquisitions last year in order to boost its recurring cloud services revenue, and its most recent acquisition of Broadsoft adds more software services that Cisco didn't have previously.

Recurring revenue accounted for 32% of of the company's sales in the last quarter -- an increase of 3 percentage points from a year ago -- and management is confident that there will be more growth in the current second quarter as well.

"So I'd say, overall, the overall strategy, what we've been executing and talking about for the last couple of years here is we've been making progress, and all of this is benefiting us in the outlook," Cisco CFO Kelly Kramer said on the latest earnings call.

It's also worth pointing out that as the company has transitioned to new cloud-based software offerings, Cisco still managed to outpace analysts' consensus estimates for both sales and earnings in the first quarter.

It'll likely be a slow transition to more cloud services for Cisco, but investors should take note of the company's progress to date and know that the company is committed to this growing market. Don't expect stellar growth from the slow-moving tech giant, but the company's stability should be enough to keep its high yield in tact for investors.