Momentum began to build in the drone business in 2017, which was the real highlight of the year. In the third quarter, the most recent that's been reported, unmanned systems revenue was up 127.3% to $41.6% and the book to bill ratio for the quarter was 1.4 to 1.0. Government Solutions and Public Safety & Security also showed some growth, although it wasn't as explosive as the drones business. 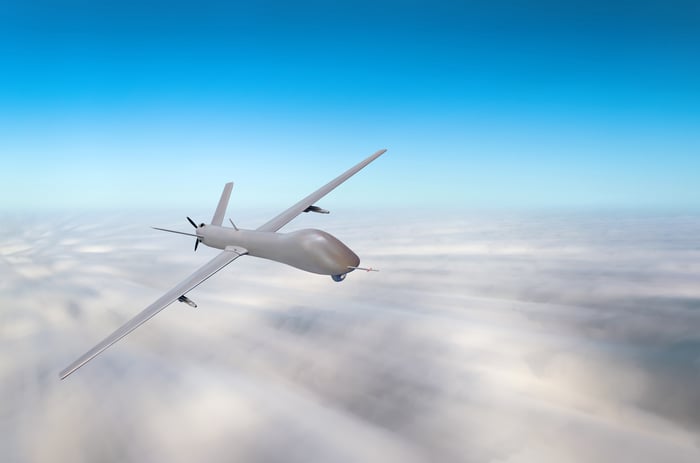 What investors didn't see was Kratos turn the corner to profitability in 2017. Net loss for the first nine months of 2017 was $20.3 million and given guidance of $15.4 million to $17.4 million in adjusted EBITDA, it'll be near breakeven in the fourth quarter as well.

What investors have clung to in 2017 was the idea that Kratos' business is going to begin gaining momentum, which looks likely heading into 2018.

There's no question Kratos Defense & Security Solutions' stock had a great year in 2017, but the picture early in 2018 is less clear. The company is still losing money and it's not clear when that will change. As fellow Fool Rich Smith pointed out last summer, management expected to be profitable in Q2 2017, which didn't happen. Until we see some consistent profitability it'll be tough to see the stock as a value and that's what has me cautious early in 2018.