AZZ Inc. (NYSE:AZZ) is delaying issuing third-quarter earnings due to a pending review of its historical accounting, which may or may not have a significant impact on its last three years' results. However, that isn't the only uncertainty created by the statement issued by the company on Jan. 9. Let's take a closer look at AZZ's announcement.

In other words, despite the maintenance of headline guidance, this is a profit warning in everything but name. The potential income tax benefit is a plus but not obviously not something the company can rely upon in the future. 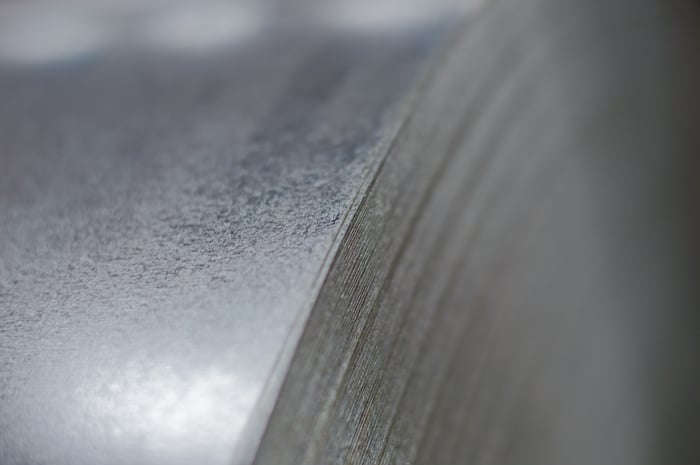 AZZ's management consulted with its audit committee and independent accounting firm and concluded that it should have accounted for certain contracts in a different manner than it previously did. The contracts are in its energy segment, which is interesting because, during the previous earnings call, management admitted it had "operational difficulties" in the segment, resulting in the appointment of an experienced executive at the head of the electrical platform.

Delving into the detail, there are two ways AZZ historically recognized revenue:

However, management has now decided that contracts previously recorded using the completed contract method should have been accounted for under the percentage of completion method. According to accounting rules, AZZ is allowed to use the completed contract method if the results aren't materially different those resulting from the percentage of completion method. This is what the review will try to determine, so it's possible AZZ will have to restate previous results.

What does it mean for investors? While it's worrying to hear a company talk about restating results, under one scenario it could turn out to be positive.

The good news is management maintained headline guidance for full-year 2018 revenue in the range of $825 million-$885 million and EPS of $1.80-$2.30, but the bad news is that it's only due to an anticipated decrease in deferred tax liabilities. When a company's recorded income tax (reported on its income statement) is more than that paid to the tax authority -- accounting standards and tax laws may differ -- a deferred tax liability is created.

In AZZ's case its deferred tax liabilities are likely to be reduced because the federal statutory tax rate for corporations is now 21% compared to a previous rate of 35%. Consequently, AZZ expects a non-cash benefit in the fourth quarter of 2018. It's a bonus but shouldn't mask the fact that management gave a de facto profit warning.

The press release stated that earnings "would fall somewhat below the current guidance" without the anticipated tax benefit. It marks yet another quarter where AZZ has effectively lowered full-year 2018 guidance. Having started its fiscal year 2018 expecting $2.85-$3.20 in EPS, guidance has been cut twice to reach $1.80-$2.30, and on an underlying basis, it's been cut again.

The litany of reasons appears to be expanding. Hurricanes Irma and Harvey (metal coatings segment), the Westinghouse Nuclear bankruptcy (energy segment), disappointing utility spending in Saudi Arabia, "operational difficulties" in the energy segment, the rising cost of zinc (metal coatings), the cancellation of work on the Plant Vogtle nuclear power plant, and changes in the scope of a large China project (energy) -- the list goes on.

No matter the reasons, the end result is the same. AZZ continues to lower guidance and its operating margin in the metal coatings and energy segments aren't meeting management's standards right now.

Investors will be looking forward to the accounting review, but its only relevance could turn out to be shifting of revenue recognition from one period to the next. The most important question relates to why underlying earnings guidance was cut. Management previously stated that issues over delays in refinery turnaround for its galvanizing in metal coatings segment and margin in its electrical platform would both improve in the spring. That looks unlikely now.