Chipmakers Himax (NASDAQ:HIMX) and Qualcomm (NASDAQ:QCOM) took investors in completely different directions in 2017. Himax surged 73%, while Qualcomm limped to the finish with a 2% decline.

I compared these two stocks last September and told investors to avoid both stocks. At the time, I thought Himax's stock was overvalued, and that Qualcomm faced too many legal headwinds from regulators and OEMs. But looking ahead into 2018, we should reevaluate both chipmakers to see if either stock is worth buying. 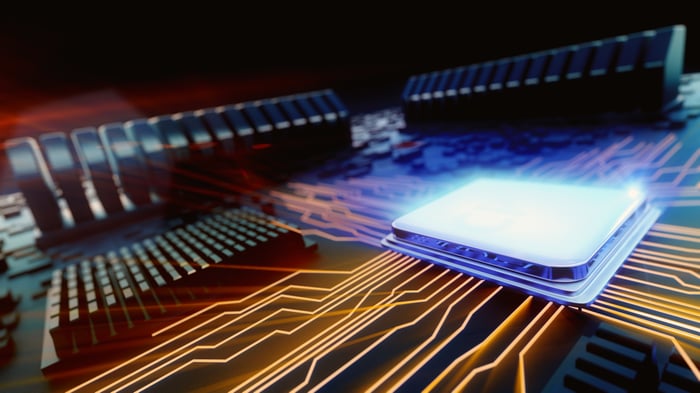 What do Himax and Qualcomm do?

Himax generates most of its revenue from sales of display driver ICs (integrated circuits) for monitors, tablets, and smartphones. Demand for these ICs is cyclical, and was throttled by weak LCD sales over the past year.

Qualcomm generates most of its revenue from sales of mobile chipsets. Its Snapdragon SoCs (system on chips) -- which bundle together application processors, graphics processing units, and baseband modems -- make it the top mobile chipmaker in the world.

However, Qualcomm generates most of its profits from its portfolio of wireless patents. These patents let Qualcomm take a cut (of up to $5) of the wholesale price of every phone sold worldwide. Qualcomm traditionally uses this higher-margin business to support its lower-margin chipmaking business.

A closer look at Himax

Himax's revenue has fallen annually for three straight quarters due to the softness of the LCD market, and analysts expect its full-year revenue and earnings to respectively fall 14% and 43%.

That forecast looks bleak, but analysts also expect the LCD market to slightly recover in fiscal 2018 on higher demand for automotive LCDs and new TVs. More importantly, they expect Himax's non-driver revenues to significantly rise on the growth of the AR, VR, and 3D-sensing markets. 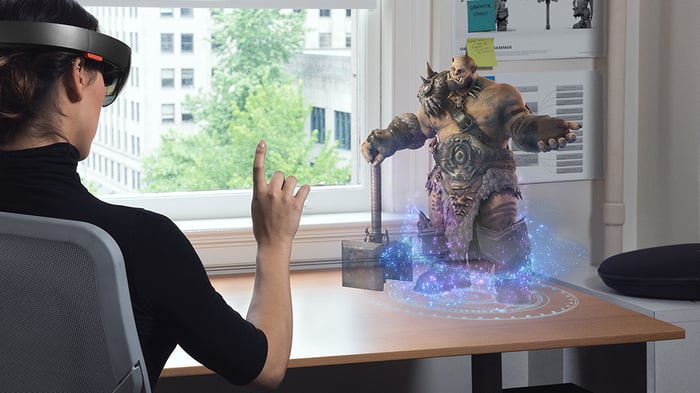 These catalysts, along with demand from other AR, VR, and 3D-sensing customers, are expected to lift Himax's revenue and earnings by 30% and 75% respectively in fiscal 2018, which started on Jan. 1. But if demand for AR and VR devices remains tepid, Himax could struggle to meet those estimates.

A closer look at Qualcomm

Qualcomm posted top-line declines for two straight quarters due to ongoing problems with its licensing business. The unit is besieged by regulators and OEMs, all of which claim that Qualcomm's licensing fees are unreasonably high and should only cover the wireless components instead of entire devices.

Qualcomm was already fined nearly $1 billion in China, and is appealing about $1.7 billion in additional fines in South Korea and Taiwan. Unfortunately, it also faces similar probes in the US and Europe. Meanwhile, Apple ordered its suppliers to halt all licensing payments to Qualcomm, which reportedly inspired another major OEM (likely Huawei) to also stop its payments.

All these headwinds threaten to gut Qualcomm's most profitable business. Qualcomm tried to diversify away from these mobile troubles by buying NXP Semiconductors, the biggest automotive chipmaker in the world, but that buyout is now in limbo, with European regulators reviewing the deal and NXP investors withholding their shares. To further complicate things, Broadcom is attempting to buy Qualcomm (and possibly NXP) in a hostile takeover.

Wall Street expects Qualcomm's revenue and earnings to respectively fall 2% and 17% this year. But for fiscal 2019, which will start on Sep. 25, its revenue could rise 3% as its earnings grow 7%.

Himax trades at nearly 200 times trailing earnings, compared to the industry average of 26 for semiconductor makers. But its forward P/E of 43, while still lofty, looks more reasonable.

Qualcomm trades at 40 times trailing earnings due to the licensing headwinds hurting its earnings growth, but its forward P/E of 17 looks much cheaper. Qualcomm also pays a forward dividend yield of 3.5%, which is higher than Himax's 2.2% yield.

I'm still not buying either stock at these prices yet, but Himax's brighter growth prospects, its "best in breed" position in the LCOS market, and a potential rebound in the LCD market this year all make it a better investment than Qualcomm.