Given the strength of the recovery in U.S. industrial production, it's reasonable to expect that a highly cyclical industrial supplier like MSC Industrial Direct (NYSE:MSM) would start to perform strongly. In a sense, that's exactly what's happening, as sales growth is now in the double digits, but on the other hand, the company's margin performance has been somewhat disappointing. Let's take a closer look at the company's recent first-quarter 2018 earnings report.

In a nutshell, it was an adequate quarter for the company, but management's guidance and comments on the second quarter probably raised some eyebrows. 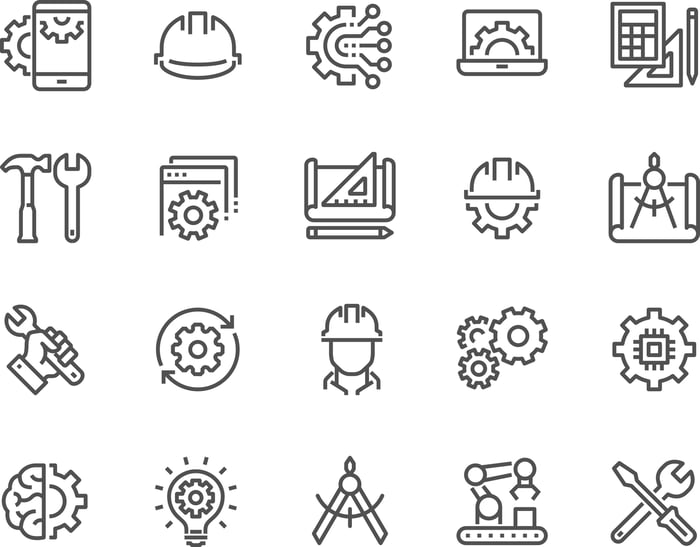 Management's commentary and guidance for the second quarter contained two main points of concern. First, average daily sales growth is expected to increase by 8%-10% compared to a 12% increase in the first quarter.

Second, management's estimate for average daily sales growth in December -- the month that marks the start of MSC Industrial's second quarter -- shows a marked slowdown in average daily sales growth to just 6.5%. Moreover, predicting the second quarter is "a bit more challenging than normal," according to CFO Rustom Jilla on the earnings call. The reason? Sales growth in December was weak and there are a number of variables (I will discuss shortly) which will affect demand in the coming months. 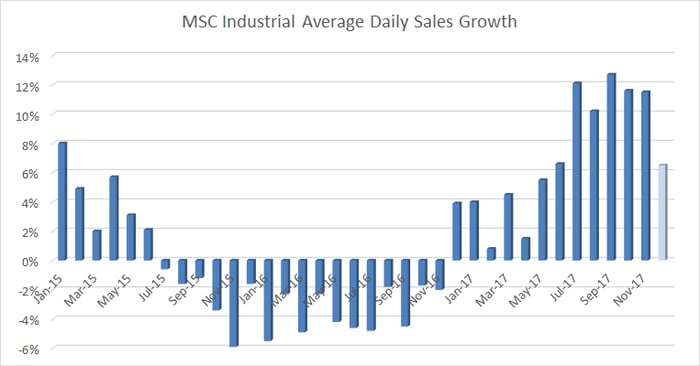 A glass half empty viewpoint sees sales growth slowing and margin (gross and operating) under continued pressure. But is that the full story?

The glass half full

The conclusion above only tells half of the matter, because management outlined a few factors that could lead to a more positive outcome. Most notably, December contained a few issues which could turn around quickly in the coming months.

CEO Erik Gershwind discussed how snowstorms reduced the typical return of demand that occurs in January (the first week of January falls into MSC Industrial's fiscal December), while government spending was soft in December due to the "delay in budget resolution." In addition, sales in December were weak because of "many customers holding back on capital-related purchases, pending the outcome of tax reform," according to Gershwind.

Of course, it's hard to quantify the exact impact of these factors on sales, but if Gershwind is right, and there is a pickup in capital spending as a result of President Donald Trump's Tax Cuts and Jobs Act, then it's reasonable to expect a bounce back in sales through the second quarter -- not least because sales have been in recovery mode for some time now.

Moreover, Gershwind had some good news regarding price increases -- a key weapon in raising margin. He promised a price increase "considerably larger than the midyear increases of the past few years" in the second quarter, and even though the impact on the second quarter will be "small," it's expected to "build for the remainder of the fiscal year."

All told, the pricing increase is a good sign, but there's no guarantee it won't cause some market-share loss. Furthermore, the reasons for the weak sales performance in the second quarter so far are plausible enough, but if taken at face value, they imply that sales growth will increase strongly through the quarter -- something to keep an eye out for when the next results come in.

If sales growth is accompanied by margin expansion -- helped by price increases -- then MSC Industrial could have a stand out second-quarter. However, if sales growth doesn't bounce back to trend and the price increases don't stick then the company will find it hard to convince investors it's on the right track.