Activision Blizzard, Inc. (NASDAQ:ATVI) gained 75.4% in 2017, according to data provided by S&P Global Market Intelligence. The stock's gains were propelled by a string of strong quarterly earnings results, promising performance for some of the company's biggest franchises, and increased enthusiasm for the video game industry's growth prospects.

Activision Blizzard has been on an impressive streak of beating the market's earnings expectations, and 2017 saw the company report four consecutive earnings periods that recorded better-than-expected results. Along with strong performance for legacy titles like Overwatch and Hearthstone and digital-sales growth, thanks to an increase in full-game downloads and in-game purchases, each of the publisher's major new releases last year landed as a hit. 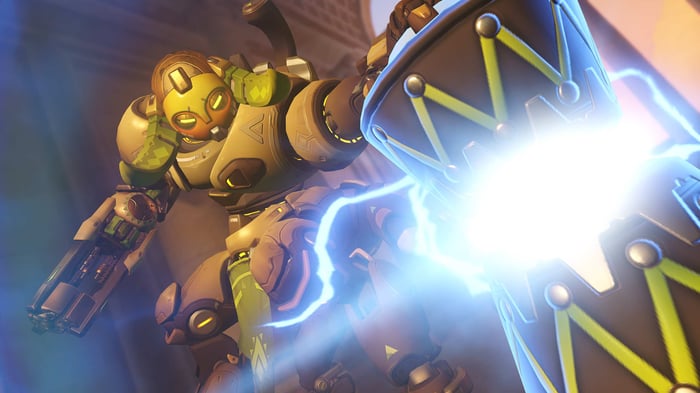 Destiny 2 proved to be a strong seller and outperformed its predecessor by most key metrics. Crash Bandictoot N. Sane Trilogy revived a dormant intellectual property, and has since become the most successful video game remake on Sony's PlayStation 4 platform. Finally, Call of Duty: WWII delivered a successful return to form for one of the company's most important franchises after the 2016 series installment turned in a disappointing sales performance.

Activision has one of the strongest franchise catalogs of any video game publisher and some of the top development teams in the industry. That puts the company in position to continue benefiting from an expanding global audience for interactive entertainment, as well as emerging opportunities like esports, consumer products, and mixed reality. More immediately, it's also in a position to benefit from growth for high-margin digital sales, as gaming enthusiasts increasingly opt to purchase in-game items and download games rather than purchase them at physical outlets like GameStop.

As long as the video game industry continues to thrive, Activision Blizzard appears poised to continue delivering strong growth. Its stock stands out as a promising long-term investment, even after big gains in recent years.