With growth avenues like esports and mixed reality on the horizon, the idea of selling Call of Duty action figures might not seem that exciting -- and the idea of Candy Crush-branded ice cream as a growth driver might seem downright odd. These initiatives don't fit into the mold of graphics and gameplay advancements that have characterized the evolution of Activision Blizzard's (NASDAQ:ATVI) business, but they're going to play an important role in getting the company to the next level.

The video-game publisher is aiming to expand beyond the realm of interactive entertainment and build a Disney-like (NYSE:DIS) media empire that will see it expand into new mediums and product categories. Games will continue to be the core business, but big consumer products push is actually one of the most promising things the company has in the works. 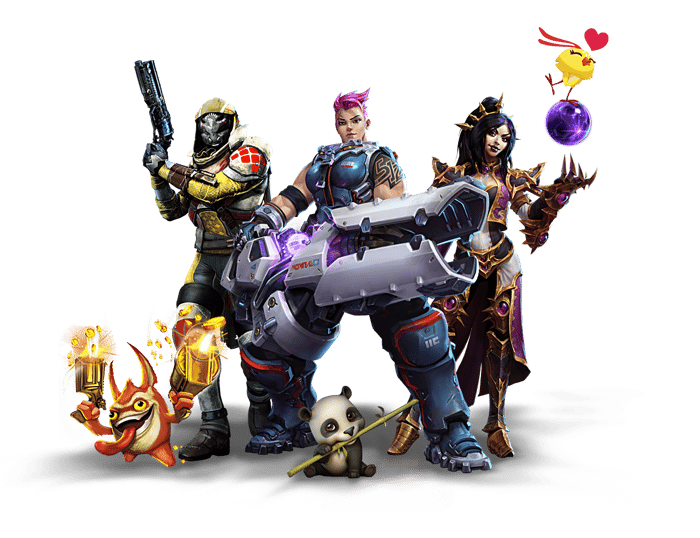 Activision Blizzard launched its consumer products division in February and recently bought some of its wares to the Brand Licensing Europe 2017 expo. On display were action figures, clothing, jewelry, and yes, Candy Crush-branded ice creams and sweets. Some of these ventures will undoubtedly prove more successful than others, but overall, the company is looking at a huge opportunity in consumer products -- and one that might currently be underappreciated.

The video-game publisher has been working with licensing partners for years, but the formation of its consumer products segment under former Disney and Mattel executive Tom Kilpin signals a much bigger push to bridge its hit brands into new product categories. Taken in sum, there's a good chance this will be a low-risk, high-reward initiative that adds profitable, long-term revenue streams to the business.

Taking a page from the Disney playbook

Merchandise production is a lot more predictable and less capital-intensive than creating video games. While games can hit production snags and undergo costly changes in direction during the development process, action figures, t-shirts, and other goods present fewer variables. It also looks like Activision will pursue licensing deals rather than rely heavily on its own manufacturing -- further reducing risk. This is the same approach favored by Disney -- and one that has served the House of Mouse well.

As is typical, Disney's consumer products division posted the best margins of any of its segments last year, recording roughly $2 billion in operating income on $5.5 billion in sales. Activision's catalog of characters doesn't yet measure up to Mickey and Co. in terms of marketability, but video games are only getting more popular, and expanding to new product categories should boost the visibility of its properties and produce a high return on investment.

Activision has an eager ally

While Activision is moving away from GameStop (NYSE:GME) when it comes to hard-copy video game sales, the publisher actually has a great ally in the specialty retailer in the collectibles space. With GameStop's share of the video-game software market seemingly on an irreversible decline due to the growth of digital downloads, the company is looking for avenues via which to transform its business. One of its biggest bets is video-game and pop culture merchandise.

GameStop's earnings statements don't show it yet, but the company is struggling and will put a lot of resources into making its collectibles business successful. As evidence of this trend, the current fiscal year will see it close roughly 150 of its namesake stores while opening new collectibles-focused ThinkGeek stores. The company will also transition 200 video game stores to hybrid GameStop-ThinkGeek locations and roughly double collectibles shelf space at another 1,200 GameStop locations.

As GameStop and other retailers maneuver to capture bigger shares of the fast-growing collectibles market, Activision is one of the video-game companies most likely to benefit. GameStop reports that half of its 53 million loyalty customers purchase collectibles, and this group of consumers actually spends more on collectibles annually than they do on games. In fact, management has stated that 45% of its rewards members spend more than $300 annually on video-game and pop culture merchandise.

The pieces are in place

Between series like Overwatch, World of Warcraft, and Call of Duty, Activision Blizzard has one of the best franchise catalogs in the video-game industry. These are series with global appeal and dedicated fan bases, and the company is just scratching the surface of their potential outside of video games. The consumer products segment should also have strong synergy with the company's other ventures.

If the company's pushes into film production, and esports prove successful, the opportunities for its consumer products division should be even greater. Alternatively, seeing Activision Blizzard characters as action figures, or on clothing, or even on packaging at the local grocery will expand brand awareness and has the potential to funnel business to other segments.

It's almost impossible to imagine Disney's business without its merchandise component. A decade or so down the line, that could be true for Activision Blizzard as well, and that's a very exciting prospect for long-term shareholders.