Alcoholic beverage giant Diageo plc (NYSE:DEO) outperformed the market last year, as shares rose 40% compared to the 19% increase in the S&P 500, according to data provided by S&P Global Market Intelligence. 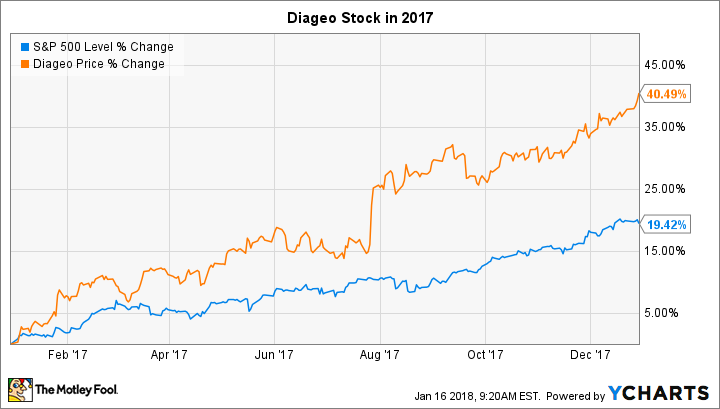 The rally still left many long-term shareholders trailing the market, as the stock has gained just 25% since early 2013 while the S&P 500 rose by over 85%.

Diageo closed out a strong fiscal 2017 in late July that included 15% higher revenue and a 19% spike in net income. Organic sales growth was a solid 4% for the year thanks to rising global demand across its key spirit franchises including Johnnie Walker, Captain Morgan, Baileys, and Tanqueray.

These volume gains coincided with improving profitability, too, as operating profit rose by 1.6 percentage points to 25.3% of sales. 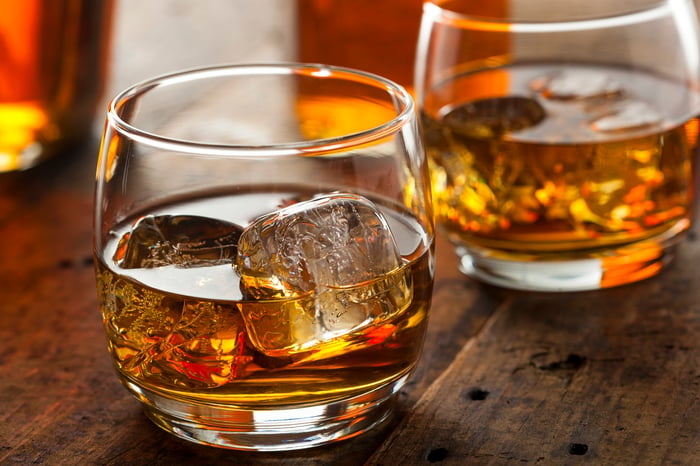 Diageo is hoping to return to growth in its vodka business in fiscal 2018 following a disappointing outing for the Smirnoff brand. The scotch category makes up the biggest portion of its sales base, though, and so continued gains in the Jonnie Walker franchise will be critical in keeping revenue marching higher.

Meanwhile, management is aiming for more profitability gains as the global market for premium spirits continues to strengthen. Its recent acquisition, the $1 billion purchase of tequila brand Casamigos, represents its latest move toward expanding deeper into that attractive ultra-premium spirits segment that has the potential to send margins higher over time.