I own or manage a total of 21 stocks right now. These holdings form the core of my nest egg for retirement, spread between one IRA account under my name and another for my wife. Among this large handful of tickers, a few positions have become much larger than the rest.

The three largest investments in my portfolio these days are Netflix (NASDAQ:NFLX), Alphabet (NASDAQ:GOOG) (NASDAQ:GOOGL), and Micron Technology (NASDAQ:MU). Let me show you how and why they rose to a special place in my long-term plans. 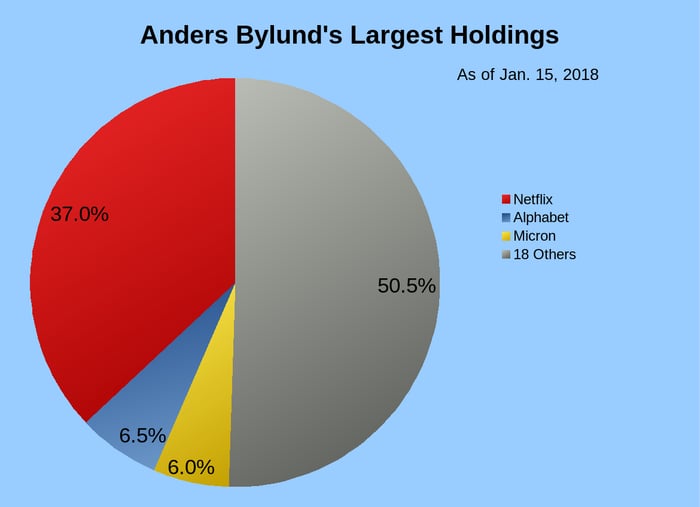 Chart made by the author, using data from his investment accounts.

In early 2011, Micron was besieged by yet another price war. Once again, Samsung had decided to throw memory-chip profits out the window to fuel stronger results in the consumer electronics market. The South Korean tech giant was its own largest customer and often played these games in what looked like an effort to shake out the weak hands from a struggling industry.

Making matters worse, Micron's core customers at the time included Nokia and BlackBerry at a time when the iPhone-Android duopoly we know today was getting too big to ignore.

That double whammy resulted in a string of terrible earnings reports, and Micron's share prices plunged in 2011.

But I saw nothing but a fantastic investment opportunity, as Micron was sure to find new smartphone clients while building a presence in the emerging market for solid-state device storage. So I drooled over the ticker for a bit, and then I took the plunge in July of 2011.

Less than six years later, Micron has delivered a 445% return. My original investment thesis played out almost exactly as expected, until another cyclical downturn started in early 2015. By then, it had started to look as if Micron would be among a small handful of memory chip makers left standing for the long haul. I sat through that plunge and then enjoyed another dramatic two-year surge. These new highs are already 20% above the 2014-2015 peak.

And I'm convinced that the memory market has changed in a fundamental way. A trio of market leaders seems determined to quit the old boom-and-bust games, settling down to deliver long-term growth and stable market prices instead. So Micron stays in my portfolio until further notice. 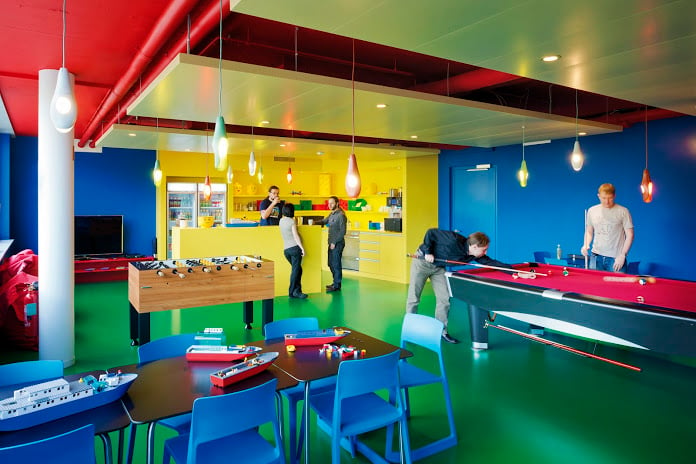 My current Alphabet position dates to the holidays of 2010. When the company formerly known as Google split its stock to form a new share class, I immediately sold my non-voting shares and reinvested the proceeds into voting stock. I know, the two share classes have run neck-and-neck in terms of shareholder returns since day one. Moreover, insiders have the final say on absolutely every vote this company will ever face.

The stake that was created by rolling over my vote-free Alphabet shares have nearly doubled so far. The original position more than tripled for a 275% return. Taken together, I'm looking at a 140% total gain.

Not too shabby, and Alphabet has grown into one of the largest players on the public market. In the long run, the revamped company structure should make it easier to shrug off the aging online search and advertising trappings while exploring new markets. Twenty years from now, I expect Alphabet to have become a multi-industry conglomerate to rival today's Berkshire Hathaway, with its fingers already in every pie from medical research to self-driving cars. We have probably not even heard of Alphabet's biggest business of the year 2038 yet.

Today, online advertising accounts for more than 98% of Alphabet's total sales. Come back in five or 10 years, and the Waymo self-driving-car business might have taken over that throne. I find that idea exciting, because the company is built to adapt to changing markets.

That's why I'm planning to hold those Alphabet shares -- and vote in every single voting event along the way -- until I retire. This is a cross-sector titan in the making. 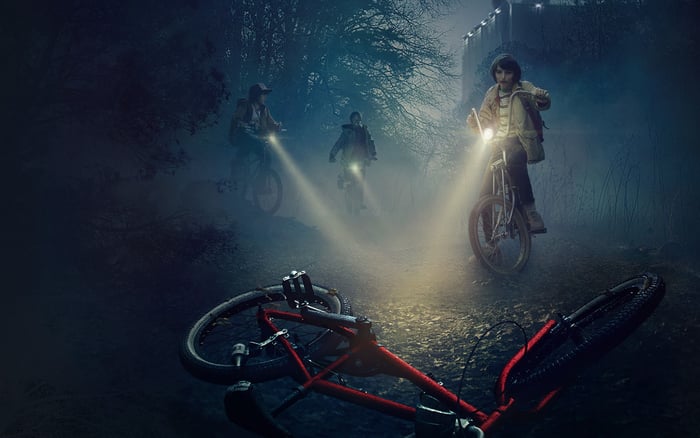 Finally, Netflix is the one company I trust with the most of my money. This single ticker accounts for a full third of my retirement holdings.

I made some money on Netflix way back when, only to cash in my chips from a regular brokerage account and move some of them over to the tax-protected IRA in 2010. My split-adjusted buy-in price works out to $27.30 per share, augmented with a larger addition following the Qwikster debacle a year later. The second tranche's original price comes out to $11.86 per share.

With today's prices running north of $220 per share, I've enjoyed a total gain of $1,190%. The original positions weren't all that large, but compound returns have worked their magic as Netflix transitioned from red DVD mailers to a global network of streaming video services.

I can't claim to have seen that changeover coming, but Netflix's own management kind of fumbled the passing of the baton, too. This company always seemed to know which industry standards to overturn and which ones to embrace, changing the video entertainment industry forever.

Here we stand at another impending sea change, where Netflix lets the acceleration pedal relax a little bit to start booking the kind of profits investors would like to see. Fast-forward another five years or so, and I expect the cash flows from original content productions to start turning upward as well.

Of course, I fully expect CEO Reed Hastings to have stunned us all with some unexpected business ideas by then. Good guesses might include a sprawling content-based entertainment empire in the mold of Walt Disney -- theme parks, cruise ships, and lunch boxes built around Stranger Things and Ozark, perhaps. But if I knew what's in store, I'd be an overpaid business consultant.

So I'll just sit back and let the Netflix team do the driving while pocketing generous stock returns for many years to come. This company didn't become my most important investment by accident, and it's not going away anytime soon.